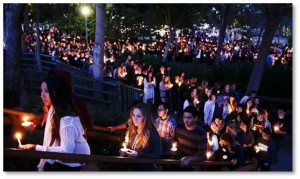 It’s happened again—another mass killing by a mentally ill young man—this time involving a gun, a knife and a car as the murder weapons of choice. This time it was in Isla Vista, California. But we reacted in pretty much the same way as we do with every predictable and preventable tragedy:

What we don’t do:

It’s Not Just About the Guns

Don’t misunderstand me: I’m not talking about gun control here. I’m talking about mental health. Why?  Because I’m a pragmatist and I like to get things done. Beating one’s head against a wall or charging into the sights of the National Rifle Association may feel righteous but it does not, in the end, accomplish anything.  The NRA has our Congresspeople by the short hairs. The NRA owns them lock, stock, and smoking barrel. This one organization is the reason our politicians are, in the words of Richard Martinez, father of one of the Isla Vista victims, “gutless bastards.”

Mr. Martinez asked, “Where the hell is the leadership?” The answer is that there is none—not when it comes to the proliferation of guns in this country. When relatively mild background-check legislation failed in the Senate after the Sandy Hook massacre despite overwhelming public support, we should have learned this lesson. Let’s accept it now and turn to the second part of the mass-murder equation: mental health, where we might actually change something.

Seven Things We Can Do About Mental Health

There are at least seven things we can do to improve the treatment of the mentally ill in this country after years of neglect, defunding, and denial.  These include: 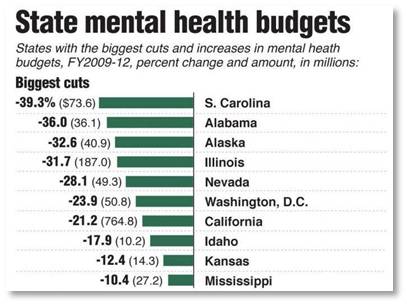 Until recently, we have done little about any of these because the mentally ill have no NRA to fight their battles. They have no highly paid K Street lobbyists to sweet-talk, cajole, and threaten the re-election prospects of Senators and Congresspeople.

That has made them vulnerable to abandonment and neglect by the very society that is now reaping the deadly results of that decades-long denial.

There is good news, not the least of it our sluggish willingness to recognize the problem and begin doing something about it. These include:

Affordable Care Act: The ACA offers coverage for mental health to everyone for the first time. The Republicans who have tried 50 times to rescind it have yet to offer an alternative for any kind of health care—including mental health. The media who carry water for this Quixotic action should sit up and take notice. Mass murderers don’t ask the political affiliation of the people they kill before opening fire.

Mental Health Laws: On Sunday, Connecticut Senator Richard Blumenthal said the Isla Vista killings should prompt lawmakers to review and possibly change our mental health laws as well as provide more funding. Senator Blumenthal said, “We need more resources to make the country healthier and to make sure that these kinds of horrific, insane, mad occurrences are stopped. And the Congress will be complicit if we fail to act.” 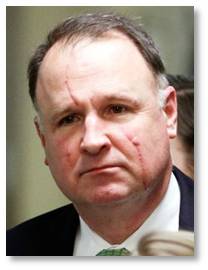 He also said, however, that last year’s failed legislation would have given police departments more resources to diagnose and detect mental illness and intervene. Diagnose? Are law enforcement officers now empowered to diagnose mental illness?  Our prisons may be the new mental hospitals but that doesn’t turn police officers into psychiatrists.

Republican Pennsylvania Congressman Tim Murphy appeared on CNN this morning to talk about his bill, the Mental Health Crisis Act, which addresses the need to improve mental health diagnosis and treatment.  He speaks articulately about the many reasons why we need to fix our approach to mental health. Congressman Murphy also adds a second reason for focusing first on this problem. As one of the Sandy Hook parents told him, “By the time they get a gun, it’s too late.”

We need to support all these efforts. We need to do whatever it takes to improve resources for the diagnosis and treatment of the mentally ill right now.  We need to vote for representatives at the local, state and federal levels who will do just that. We need to realize that budget slashing has consequences and we need to go beyond simplistic approaches to cutting taxes and reducing government if we are going to make our country a safe place for children to grow up and adults to have families.