Technology often changes society, sometimes in unexpected ways. I can’t help thinking, though, that Steve Jobs and his Apple Corps had no idea how much the iPhone — and the smarphones that copied it — would change the world. 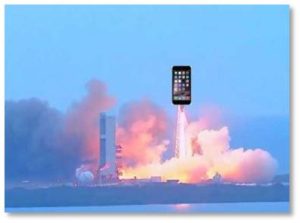 True, this new product—insanely great—delivered abilities far beyond anything the market had ever seen. The iPhone contained more computing power than the machines NASA used to put men on the moon. It combined the functionality of a computer, a calculator, a camera, a video camera, and a telephone and put all that in the palm of any person’s hand. But smartphones only provided the mechanism.

Ubiquity unleashed the second part of this great change. One smartphone here and there probably would not have generated a ripple. Without the internet and social media like Facebook, LinkedIn and Twitter, those ripples probably would not have traveled far. But when everyone had a smartphone—in whatever model from whatever company—and could distribute what they recorded to the entire world instantly, it created a tipping point. 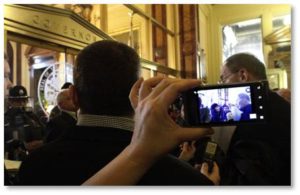 Smarphones changed everything. And those changes have affected everyone, sometimes for worse but mostly for better. The ripples have grown into waves that go way beyond technology, business, computers, industries or the economy. It’s harder to keep a secret these days, to spin an event according to propaganda, to cover up a mistake or an offense, to discredit something said or done, or to hold the lid on a scandal.

Now, for the first time, people can record and distribute what they see and hear. Things that used to be held secret become publicly visible, intrusive, unavoidable, astonishing. They include issues that are crucially important along with less weighty occurrences.

While instant news may have a downside, I find it mainly positive. I’m a big fan of knowledge and seeing can be believing—or at least understanding. As GI Joe says, “Now you know. And knowing is half the battle.” I also wonder, though, how history would have changed had people carried smartphones back in the day.

More information makes for fewer mysteries and it’s fun to speculate. In the meantime, celebrities, politicians and anyone in positions of power or authority, should smarten up real fast. Smartphones have changed society and that means we have to alter our behavior to accommodate that increased visibility. 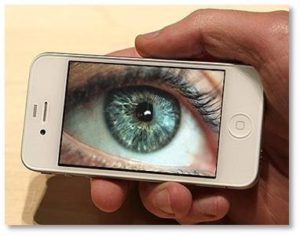 You can no longer say or do things that would embarrass your mother, turn off your donors, put you in jail, insult your fans, or get you fired and think that you’ll get away with it. Someone somewhere is watching and listening.

Forget the Washington press corps, the New York Times theater critic, the paparazzi, and 60 Minutes. People all around you are taping your actions. What you do or say, as well as what you don’t do or say, could have gone viral on social media before you brush your teeth at night.

We used to be afraid of Big Brother as totalitarian government. But perhaps, just maybe, Big Brother is now us, with smartphones..