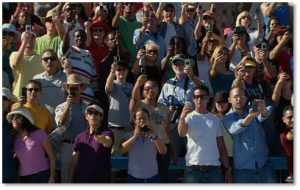 Most of us hold these amazing compact computers called cell phones in our hands without understanding just how powerfully and quickly they are changing what our culture considers normal and acceptable.

Cell phones don’t accomplish this by doing anything subversive or hostile. They simply provide a mechanism for people to record activity that was previously remote, hidden, or unacknowledged and sharing it with others via the internet.

Some of these activities shock those of us who never had to confront them before—or even admit that they happened. Privilege or lack of proximity and experience rendered us blind. Other views amaze us because they open windows into different worlds. Some videos dismay organizations accustomed to getting away with murder, either literally or figuratively, and don’t like their behavior broadcast for everyone to see. I think the possibility exists that more shocking revelations are in the pipeline—and I’m not talking about politics.

Here are some of the stories that have surfaced because cell phones recorded things no cameraman ever saw before. 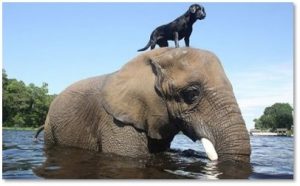 Animal Cooperation: I have seen numerous videos that show animals of different species helping one another. One animal rescues another from a life-threatening situation. A wild animal defends another from a predator they both fear.

It’s amazing to watch this level of cooperation and compassion. See for yourself. Here are 10 videos of animal altruism taken by people with cell phones. 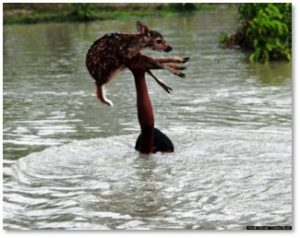 Animals Getting Human Help: The internet also teems with videos of humans helping animals by extricating them from a problem. Whales need human hands to cut away fishing nets and other floating detritus. Elk and deer need people to get them out of traps or containers or pull them from an icy pond.

Sometimes, animals even seek out people because they know we can do what they can’t accomplish themselves. Watching divers, fishermen, fire rescue teams, police officers, hunters and ordinary folks go out of their way to save an animal warms my heart. Check out these cell phone videos of humans rescuing animals.

While these cell phone videos are fascinating in their own right, they also have the power to change minds. We may find it hard to think of a “dumb animal” after seeing it do something driven emotions that we heretofore considered human. Whether those emotions are mother love or mutual defense, it makes us realize that animals can think and act in ways more complex than we have imagined.

This is the big one. Not until the last few years have privileged white folks like me been forced to confront the issue of police brutality against people of color. In the past, we simply never saw it because it didn’t happen to or around us. Often, police departments denied or brushed off the charges. It was their word against a civilian’s. Sometimes officers dropped drugs or guns near an innocent person to rationalize or explain their violent behavior. 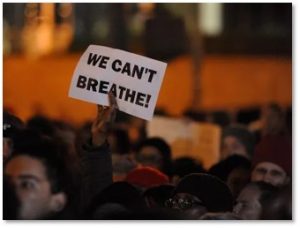 Now that we see the violence for ourselves, thanks to cell phone videos, we can’t un-see it. What black men once warned their sons about in “the talk” has become visible to all. It appalls and shames us.

It makes us think about how many years police brutality and extra-judicial killings have gone on unrecognized outside the black community, even in places we don’t think of as racist. If white people don’t do something to stop this, we become complicit in beatings, shootings and sometimes outright murder.

Need proof? Here are cell phone videos of police brutality: multiple records of police officers beating and shooting people of color. Watching them should make us all angry. If an officers fears for his/her life when confronting a boy of 12 or a grandmother of 60 plus, he should rethink his career choice. If pulling a lethal weapon and pointing it at another human being is the first response to any situation, police departments need to rethink how they train their officers.

That change in our acceptance of police brutality will happen—is happening—because over and over again someone had a cell phone at a time and place where news cameras never went.

Going Out on a LImb 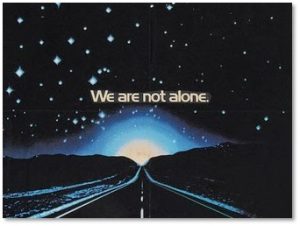 Okay, here’s where I go out on a limb. Stay with me.

Cell-phone videos taken by passengers and crew on airplanes have recorded flying objects that look and act in ways no expert can explain. These aerial craft fly at speeds our own fighter jets can’t match. They move in ways that no earthly aircraft can do. They appear and disappear almost instantaneously, as if coming out of or going into a version of Warp Drive.

It’s one thing to dismiss, deride, or humiliate people who claim to have seen one of these aerial craft without any proof to back it up. That has happened for decades, even when the witnesses were military pilots, commercial pilots and astronauts. It’s another thing entirely when footage goes out on the internet for everyone to see.

Here’s a video of an aerial object taken by a passenger on a flight over Greece, another taken over the Alps and a third in the clouds over Russia. The last flying whatever looks like it belongs to S.H.I.E.L.D. One pilot even turns on the seat belt alert before dodging a craft that speeds past. Authorities can silence military pilots and astronauts and destroy the evidence. But they can’t confiscate the cell phones of hundreds of commercial airline passengers. If we are indeed not alone, that will be come increasingly apparent. Expect to see more of these cell phone videos of UFOs, although probably not on the nightly news.

Changing minds on this issue will take time simply because so much disinformation and derision has fogged the perceptions. People will fight fearlessly against opposition but wither in the face of public humiliation. Nothing works better than laughter at turning an issue into something no one takes seriously. When your risk losing your professional credibility and damaging your career, it’s so much safer and easier to keep what you saw to yourself.

That attitude will change, but—barring a “Take Me to Your Leader” moment—it will not happen overnight. So, keep your eyes open. I think that cell phone videos will help people become more accepting of the idea that we are not alone than ever before.

In the meantime, think about the implications of having a recording device that’s so portable and ubiquitous in the world that anyone can take pictures and videos anywhere. For the first time we can see the good and the bad of what’s going on around us. And knowing is half the battle.

We are also approaching the end of a time when concealment and ridicule worked for people with something to hide. And that’s a good thing.