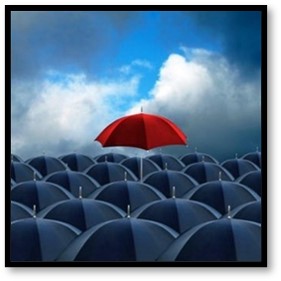 A game-changer is an individual or company that significantly alters the way things are done. Game-changers are innovative, standing out from the crowd. Their actions and deeds change individual perceptions about a stereotype and advance the needle of collective understanding.

Women game changers understand just how hard this is. They are pioneers, often in fields dominated by men.  Their success is achieved by rising up through prejudice, racial barriers and stereotypes, to change inherent beliefs.

International Women’s Day celebrates these accomplishments. Dedicated to forging a gender-equal world, it is a focal point in the movement for women’s rights.

The day recognizes game-changing achievements by women, but also brings increased awareness to obstacles standing in their way. It is a focal point that also calls attention to gender equality, reproductive rights and violence against women.

International Women’s Day originated in 1909, through the labor movements of North America and Europe. Originally associated with the feminist movement and far-left   governments, it became a mainstream global holiday when it was adopted by the United Nations in 1977. International Women’s Day commemorates the social, economic, cultural, and political achievements of women.

Standing Out in the Crowd

It’s important for women to recognize themselves as game changers. Their efforts inspire others to pursue a corporate career, start or own a business or create a powerful social impact. Women set examples for younger women when they demonstrate that gender is not a barrier to success.

Here are a few examples championing the bravery it takes to pursue these goals.

The Boy Scouts have long been known for teaching leadership. Becoming an Eagle Scout, an honor previously reserved for young men, is the highest achievement in scouting. Only 6% make it to the top.  It requires at least 21 merit badges, a large service project and a commitment to leadership. It must be accomplished prior to turning 18.

Girls were not allowed to join the Boy Scouts until 2019 and the legal battles were fierce.  Some of the harshest criticism came from other women and girls. The board unanimously voted to change the name to BSA and Chief Scout Executive Mike Surbaugh said, “We’re trying to find the right way to say we’re here for both young men and young women.”

Two years after this historic change almost 1,000 young women achieved the top rank of Eagle Scout. Included in this honor is our very own Cape Coral resident, Megan Wolfe.

These young women have game-changer DNA. Each of them demonstrates achievement, commitment and the desire to succeed. They are the future.

Women in sports management understand what it’s like to be the only woman in the room.  The jobs come with hostility, condescension and intimidation. Despite the boy’s-club atmosphere, women are making gender-changing advances. 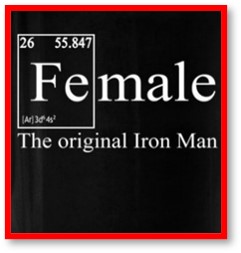 During the 2021 Super Bowl, six women had on-field roles when the Tampa Bay Buccaneers trounced the Kansas City Chiefs. The Buccaneers are the only NFL team this season with two full-time coaches that are female. Lori Locust is the assistant defensive line coach. Maral Javadifar is the assistant strength and conditioning coach. Together, they are two of the eight female assistant coaches in the NFL.

The NFL is expanding efforts to bring more qualified women into the league and these two demonstrate their ability be game-changing disruptors in a male-dominated industry.

Major League baseball is also making strides. Kim Ng was the assistant general manager of the Los Angeles Dodgers in 2008 when she was asked by a flight attendant, “What did you do to get on this plane?” during a team road trip. Ng replied, “See all these guys? They work for me.”  Her answer begs the bigger question of the male sports stereotype, the real reason the question was asked.

Today Ng is the general manager of the Miami Marlins, becoming the first female GM in the history of major North American pro sports. She interviewed for the position ten times only to be passed over for a male candidate. Her story is paving the way for more women to take their seat at a traditionally all male table.

When the world’s most powerful pharmaceutical companies began racing for a COVID-19 vaccine, there was one discovery by a young woman scientist with the potential to provide a drug therapy to combat novel coronavirus.

Anika Chebrolu, a 14-year-old eighth-grade Indian American, started her science project in her bedroom. Her initial goal was finding a treatment for the influenza virus. She began studying and researching historic pandemics when she suddenly found herself living through one. As COVID-19 spread, Anika shifted her focus. She and her mentor, Dr. Mahfuza Ali, decided to target the virus that causes COVID-19.

In October 2020, Anika won the $25,000 3M Young Scientist Challenge. Anika’s winning invention uses in-silico methodology to discover a lead molecule that can selectively bind to the spike protein of the SARS-CoV-2 virus.

But she is not resting on her success. Her next goal is to work alongside scientists and virologists who are fighting to “control the morbidity and mortality” of the pandemic by developing her findings into an actual cure for the virus. Rock on, Anika!

Choose to Take the Challenge 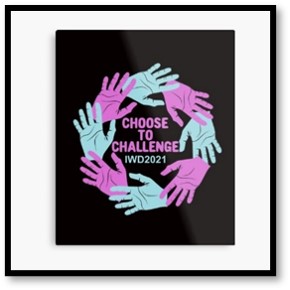 We can all be game changers when we are willing to call out gender bias and inequality. By mindfully choosing to seek out, recognize, and celebrate women’s achievements, we pave the way for the next generation of women entrepreneurs.

Step up and take the challenge. Strike up a Choose To Challenge pose, take a selfie and share it on social media. Use the hashtags #ChooseToChallenge and #IWD2021 to show your support.

Encourage others to lend their encouragement and expertise. By helping other women up the ladders of success we build a more inclusive world.