“You load sixteen tons, what do you get
Another day older and deeper in debt
Saint Peter don’t you call me ’cause I can’t go
I owe my soul to the company store” 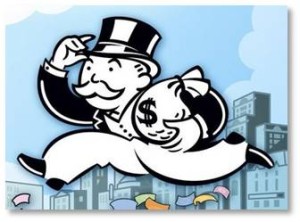 Business leaders, politicians, and red-side media pundits like to promote the advantages of the free market and how it has built a strong economy. In a totally free market, of course, there would be no regulation of any kind, wages would be as low as companies could drive them, corporate taxes would be zero, child labor and environmental pollution would be simply be ways to reduce costs, and government agencies, such as the police, would enforce the right of corporate entities to all of the above by suppressing protests and union recruiting. That’s how a free market is defined from the side of the corporations. That’s how it has often worked in the past.

When it comes to the consumer, however, their attitude toward the free market is a little different. We aren’t supposed to know too much because then we might see the real consequences of a totally free market to ourselves, our children, our society, and our planet. To prevent that from happening, industry has no trouble at all restricting the information consumer’s so we get to make decisions in an unfree market.

Bill Maher devoted his monologue to this subject a few weeks ago and made some excellent points. As @billmaher said on June 26, “Regulations are supposed to protect people from corporations, not corporations from people.” Here’s a partial list of the things that business, politicians, and lobbyists have deemed it too dangerous for us to know because our knowledge might be a dangerous thing—for their profits..

Here are three examples of ways in which industry has acted to restrict the amount of information consumers are allowed to have:

What’s that you say? You’re an intelligent and educated person who is capable of making his or her own decisions? Well, the industry version of the free market says otherwise. After all, those corporations are people too according to the Supreme Court in their Citizens United ruling and they get to buy more votes than you do. That makes them more equal in the eyes of the law. 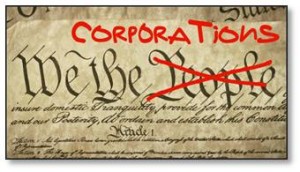 There’s a presidential election coming up so just remember that every time you hear the words “free market” they mean one thing to you and something entirely different to corporations. Oh, don’t forget to vote for politicians who take money from lobbyists to support government restrictions on consumer information. That way you get to stay fat, dumb and happy.

As for me, I’ll keep trying to get as much information as I can. I try to be happy but I’m neither fat nor dumb. I don’t like being condescended to or kept in the dark. I also don’t like being treated like an idiot. I like facts and I’m going to keep looking for as many as I can. I’ll keep you posted.