Skip to primary content
Skip to secondary content
After spending many weeks consumed by planning to move, moving, and unpacking, Seth and I are going out tonight, despite the cold, and catch a movie—but which one?  January begins the spring doldrums. Holiday movies have gone out with the Christmas tree and Oscar candidates are still in the theaters, but we have seen all those.  Except for Beasts of the Southern Wild, which has only played in art houses, and Zero Dark Thirty, which Seth doesn’t want to see and which features torture as an interrogation technique.
What’s left is the bottom of the Hollywood barrel—movies so awful the studios are just trying to make back the production costs. Horror (Mama), ridiculous comedy (Parental Guidance, A Haunted House, Movie 43) and violence. There seems to be no end to Hollywood’s history of violence.

Have We Had Enough Yet? 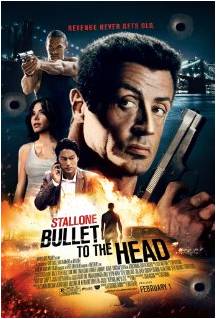 Gee, haven’t we had enough of violence lately?  Here’s the rundown of what’s available in that genre:

Sigh.  If we drive to Framingham and fight the crowds we can see The Impossible about the Indonesian tsunami.   What’s coming up?  Well, there’s Bullet to the Head.  Now that title puts the violence right out there. What is Hollywood thinking to release movies like this after multiple mass murders?
When is enough, enough?  Oh, right.  When people stop going to see them.  That would be us.