Generation Z are children born in 1995 or later; the follow-on group to Millennials. They have grown up in a world defined by terrorist attacks, fiscal crisis, racial and religious conflict, and political division.

These young people make up the largest percentage of the United States population at 25.9%. By 2020 that number will increase and Generation Z will account for one-third of the U.S. population.

As Generation Z enters the work force, they will contribute $44 billion to the American economy. They are social, diverse, savvy, and unafraid. As individuals they are bold thinkers; change agents in their understanding and approach to current affairs.

The Generation Zs are the next generation of voters. They are saying ENOUGH. The world is watching, and people are listening.

Last month’s shooting in Parkland, Florida, was one of the worst in US history. Surviving students stepped up and out, organizing a movement to change the national gun policy.

Emma Gonzalez and David Hogg, two of the survivors, founded the #neveragain movement and organized the March for Our Lives, a nationwide project to end gun violence. These young people put themselves out there and discovered others are listening to what they have to say:

Last Saturday’s March for Our Lives drew an estimated 800,000 participants in Washington D.C, and in 800 locations across the globe. One young boy in Boston carried a sign that read “Am I Next?” while another’s read, “Fix this before I text my mom from under a desk.” 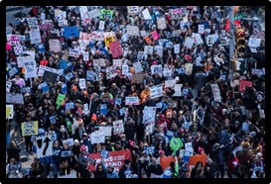 Students understand that gun reform hasn’t mattered to Congress or lawmakers who have refused to consider change. They are taking the grass-roots approach of raising public awareness and looking straight to the voters, inspiring a state-by-state reform.

Generation Z kids don’t embrace their parents’ values or believe what their friends believe. They have lived in the real world with enough knowledge to draw conclusions about the changes they want to see. Individual experiences have crafted their views of the way politics and the world work and given them voices that are strong and defiant.

Saying What They Mean

“Over the past month, these students have become the central organizers of what may turn out to be the most powerful grassroots gun-reform movement in nearly two decades. For much of the rest of the country, numbed and depressed by repeated mass shootings, the question has become, Can these kids actually do it?”

On March 14t,h their efforts inspired students across the nation to walk out of their classrooms to protest gun violence. Many schools observed 17 minutes of silence to honor the 17 people killed in the Parkland shooting. Eloquent voices and media-savvy presence from students not old enough to drive or vote have commanded the media and raised new levels of awareness and support.

The story of generational cycles tells us what one generation breaks, the next will fix, becoming agents for change. While the 9/11 tragedy heightened how we respond in an emergency, laws remained unchanged. 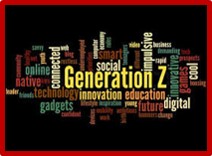 What did change? Students learned how to hide and run for cover. They had to walk through metal detectors and backpack checks to enter schools with locked doors. It became the new normal to ensure personal safety and security, but nobody fixed the problem.

After the Parkland shooting, students spoke out and stood up for change. They walked out of classes, organized themselves in powerful and articulate ways and got the attention of millions. Arguing for a revolution at the polls, they called on people at local levels to become registered voters and bring change in Washington D.C.

Generation Z and the Future of Politics

Generation Z votes are going to matter in the 2018 midterm elections when eight million more will cast ballots than in 2016.

The Zs are calling for voter action in a mid-term year. Calls to reform laws target both parties; they don’t align themselves with one over the other. Speakers are passionate and fierce in reminding politicians they will have the power to vote and are going to use it. 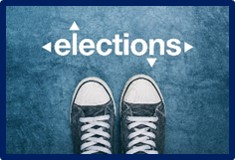 In the 37 days between the Parkland shooting and the D.C. March, students organized something that takes months to plan. They knew what they wanted and needed. Behind the scenes they rallied powerful and influential people who stepped up to help, asking for nothing in return.

There were no sponsor banners in the crowds, just handmade signs encouraging everyone to register, vote and change the policies. Calling themselves “the revolution,” students marched for change in a system they feel has become corrupt.

“We hereby promise to fix the broken system we’ve been forced into,” Cameron Kasky, a Marjory Stoneman Douglas student said, “and create a better world for the generations to come.”

While their voting power is yet to be realized, the first steps have been taken. America sees young people determined to be the change they want to see in their world. I believe in them.