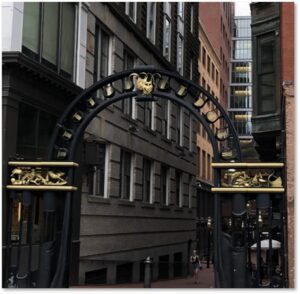 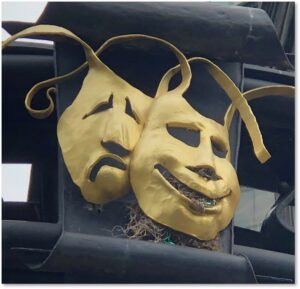 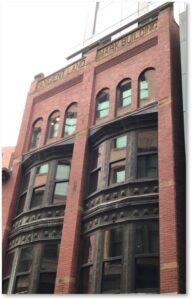 Number 2 Boylston Place is an Emerson College residence hall designed by Elkus Manfredi Architects and opened in 2017. The dormitory replaced Number 1 and 2 Boylston Place and incorporates the façade of historic Number 3. Thus, it fills a modern need while maintaining the passageway’s historic character.

While football was not invented here, the first organized football team was. The Oneida Football Club played on Boston Common. The game involved both running and kicking plays. The club developed a more consistent set of rules than prior versions of American football. A six-foot marker near the Frog Pond commemorates the team. Its inscription reads: 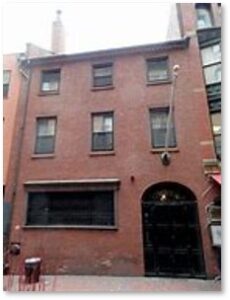 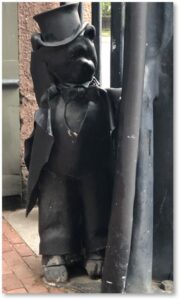 For such a short walk, Boylston Place holds another surprise. Partway down Boylston Place, you will encounter a life-size, street-level statue of TV icon Norman Lear. It was created by Peter Schifrin, a sculpture instructor in the Academy of Art University’s School of Fine Art. The six-foot, three-inch figures stands in front of a 10-foot bronze story wall. Mr. Lear, creator of All in the Family, Maude, and One Day at a Time, graduated from Emerson College.  Etched on the wall are characters from Mr. Lear’s shows as well as his own reflections, such as “Laughter is the umbilical cord of connectedness.”