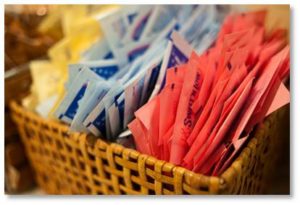 I have been thinking about Tuesday’s post on aspartame and diet soda along with David Hunt’s subsequent comments about research studies being “influenced” by what the “higher ups” want to hear.

We don’t disagree, although I may be a tad less cynical. And I’m pretty darned cynical.

On the Trail of Aspartame and MS

Over the years I have wondered about any possible causality between aspartame and diseases, like multiple sclerosis, which seemed to have become unusually prevalent. So I Googled the topic and found the National Multiple Sclerosis Foundation, which states emphatically:

“No scientific evidence supports the claims that aspartame — an artificial sweetener used in many diet soft drinks and other foods — causes MS. More information about aspartame is available through the International Food Information Council Foundation, NutraSweet and U.S. Food and Drug Administration websites.”

That seemed like a pretty strong statement from an organization dedicated to helping MS sufferers so I wanted more information.  I’m not going to go to the NutraSweet website for objective data (and I suspect the motives of any organization that would send me there) so I turned to the International Food Information Council Foundation.  It’s both a council and a foundation so it would seem reputable (sarcasm alert). 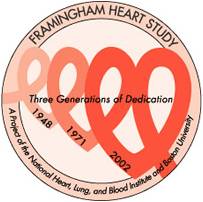 Right at the top of the page is an article that attempts to play down the Framingham Heart Study findings that link aspartame consumption with stroke and dementia. Next, I clicked on About Us and read:

“The International Food Information Council (IFIC) Foundation is dedicated to the mission of effectively communicating science-based information on health, nutrition and food safety for the public good.”

That sounded like corporate happy talk, if innocuous, but I was still curious. So I Googled “Who funds the IFIC?”

Who Does Fund the IFIC?

That took me to SourceWatch from the Center for Media and Democracy. Here was their answer:

“In reality, IFIC is a public relations arm of the food, beverage and agricultural industries, which provide the bulk of its funding.[1] Its staff members hail from industry groups such as the Sugar Association and the National Soft Drink Association, and it has repeatedly led the defense for controversial food additives including monosodium glutamate, aspartame (Nutrasweet), food dyes, and olestra. It also runs the corporate-friendly website, Kidnetic.com, with games and recipes for kids.”

In Search of Objective Data

In other words, the IFIC is not exactly objective in its self-proclaimed “scientific” mission. So I turned to the Center for Science and the Public Interest, a non-profit group that first gained fame by exposing the calories in Chinese food and movie theater popcorn. Their statement on aspartame says:

“Three key studies funded by an independent lab (rather than by a maker of aspartame) found that the sweetener caused lymphomas, leukemias, kidney, and other cancers in rats and mice. That should be reason enough for the Food and Drug Administration to ban aspartame from the food supply, says CSPI. In addition, aspartame might cause headaches or other neurological symptoms in a small number of people. (But don’t believe most of the nonsense about aspartame on the Internet.) The group recommends that consumers avoid it.”

Having read the timeline of how aspartame was approved, I put no trust in anything the FDA, compromised long ago, has to say on the subject.  But here’s what Sue Wasson of the Michael J. Fox. Foundation for Parkinson’s Research said back in 2013:  (I would quote her entire article but it’s too long. I urge you to read it in full.)

Her article gives a very good layman’s explanation of how aspartame and NutraSweet work in the body. Also why it’s worse to put NutraSweet into hot coffee or tea,as my mother in law did for years, rather than drinking it cold in diet soda. It’s not pleasant reading but it should tell you everything you need to know. 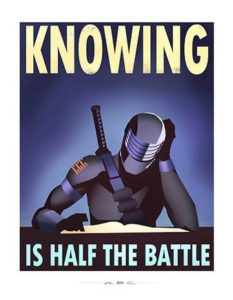 The message is to be very careful who you take information from on this or any dietary issue. Many supposedly independent organizations are just lobbying or PR arms of an industry. In this case, that industry is defending the continued use of a known toxic agent in over 5,000 different food items.

Find out who funds the groups you’re listening to. Their title may sound scientific, authoritative and objective but you have to follow the money to find out what their real motive is.

If knowing is half the battle. The other half involves reading labels and refusing to consume any food item that contains aspartame. Protect your one and only brain from the effects of an artificial poison. No one else will do it for you.

Related Article: Why Drinking Soda is Bad for You