In several posts I have warned about the dangers of drinking diet soda. (Well, anything with aspartame in it but diet soda is an aspartame delivery mechanism.)

My warnings have been laughed at and ignored by people who prefer to think that anything is okay to consume as long as the FDA approved it. These are the same people who eat processed foods filled with artificial ingredients that also make you sick. I have no medical or research standing, however, so I have just offered my informed opinion. 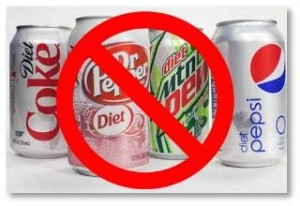 Well, now I have independent proof that diet soda, not only makes you sick, it will probably rot your brain. We might as well call it the zombie maker. The new study found a link between diet soda and a higher risk of stroke and dementia.

These findings came out of the long-running and highly reputable Framingham Heart Study. Note that the doctors did not find cause-and effect proof but did identify a definite link. If people had been as careful about parsing the risks of aspartame before the FDA approved it, no one would ever have consumed this toxic substance in any form.

I’m not going to get into the science of why aspartame is toxic because it would take up too much room. (You can find it in several of the articles I link to, however.) Instead I’m going to give you the timeline of how aspartame came to be included in diet soda and many other sweet foods. You can form your own conclusions.

The board recommended against approving aspartame at that time, however, citing unanswered questions about cancer in laboratory rats. Scientists confirmed that aspartame “might induce brain tumors.”

Now It Gets Really Interesting 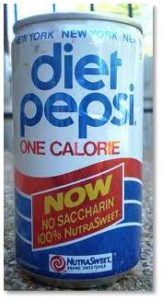 January 21, 1981:  Reagan issues an executive order eliminating the FDA commissioners’ authority to take action. Searle re-applies to the FDA for approval to use aspartame in food sweetener.  The company hides results that show six infant monkeys suffer from grand mal seizures and one dies after being given milk with aspartame.

Dr. Hayes, a pharmacologist, appoints a five-person scientific commission to review the board of inquiry’s decision. It becomes apparent that the panel will uphold the ban by a 3-2 decision.

Dr. Hayes installs a sixth member on the commission. When the vote is deadlocked, he personally breaks the tie in aspartame’s favor.

In November Dr. Hayes resigns amid accusations that he was accepting corporate gifts for political favors.

“According to the top doctors and researchers on this issue, aspartame causes headache, memory loss, seizures, vision loss, coma and cancer. It worsens or mimics the symptoms of such diseases and conditions as fibromyalgia, MS, lupus, ADD, diabetes, Alzheimer’s, chronic fatigue and depression.”

The FDA removes all restrictions from aspartame, allowing it to be used in all foods.

You can find a more detailed timeline here. Read it and any of the articles I have linked to and you will be even more appalled by gross misconduct by both corporate and government officials that includes breaking a law.

This is the long and sordid history of a substance that should never have been approved for any living creature to eat. Minus the influence of politics, the FDA would probably never have okayed it. 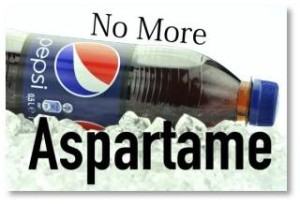 In pursuit of greed, however, the troika of Ronald Reagan, Donald Rumsfeld and Dr. Arthur Hayes unleashed a toxic, carcinogenic agent into the American food supply. Food companies, primarily the soda manufacturers, happily adopted a substance that is 200 times as sweet as sugar.

Everyone involved was aware of the research results and the health threat. The impact on American health was, to put it in Rumsfeldian terms, a known unknown.  They knw it would cause damage but not exactly what or when or to what degree. Given the choice between poisoning the American public and all that lovely, lovely money, however, the result was predictable.

The American public, for its part, trusted its government officials to do the right thing and swilled down diet soda as a way to lose weight.  Most people still do.

Protect Your Brain from Aspartame

The result has been a medical disaster. 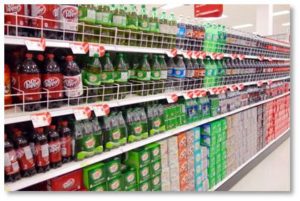 Aspartame is still in your supermarket. It’s in the soda aisle, in diet foods, in syrups and jellies, and in any substance that has cheap sweeteners as ingredients.

Read the labels.  Don’t buy anything with aspartame—or NutraSweet—in it and gradually manufacturers will remove it, as they did with monosodium glutamate. You only have one brain. Take care of it.

NOTE: For years I watched my mother in law put packets of Nutra-Sweet in her coffee and tea as a way to manage her weight. She later contracted Alzheimer’s Disease and died of its complications. It was not a pleasant journey to watch. A college-educated English teacher who traveled to Europe, took adult ed courses, read voraciously and had an extensive collection of books turned into a semi-person who could not remember the word for reading and watched basketball on TV because it required no memory to follow. What a waste.

11 thoughts on “Diet Soda and Aspartame: the Deadly Sweets”