I have been following the unfolding sexual assault allegations closely, amazed not by the quantity of assaults (any woman knows that) or even by the men being charged (men with power over women). No, what amazes me are the men who respond to these charges by asking, “Why didn’t the women speak up sooner—back then—when it happened?”

For men to even ask this question demonstrates the full extent of male privilege.

Women have no such expectations. 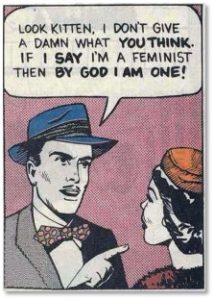 That’s because we draw on different life experiences:

This, gentlemen, is why women and girls don’t speak up sooner—or at all—about sexual assault.

The Belief Gap on Sexual Assault

Does anyone seriously think that a teen-age girl would have been believed for a moment had she charged an Emmy Award-winning actor and the star of American’s top-rated TV program with rape? In the 60s when men ran everything? Get real. She would have been shouted own, called a slut, and accused of trying to build notoriety by ruining Bill Cosby’s career. Her life, not to mention her career, would have been ruined. 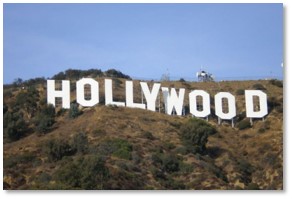 Ditto for Harvey Weinstein. The man ran Hollywood. He exerted real fear and total control over young women who were trying to make it in the movie business. Some of those women will not name him even decades after experiencing one of his gross assaults. Others rejected his advances and their careers died—or never got going at all.

The Lists of Accusers

The list of Mr. Cosby’s accusers—currently at 58 women—includes many described as an “aspiring actress.” You have never heard of them. Some felt so violated they gave up on their careers and just went on home. I don’t expect men to understand this, either.

The list of Mr. Weinstein’s accusers—currently at 80—includes celebrated actresses, aspiring actresses, models, assistants, and company employees. Mr. Weinstein says that he never took retribution against a woman who rejected him. His victims deny this. He told the women who rejected his sexual assaults that they “would never make it in this business.” Some of them didn’t.

The list of Donald Trump’s accusers—currently at 13—includes pretty much any woman he ran into who piqued his interest. Many people, both men and women, have corroborated the assaults because the women complained to them after Mr. Trump’s attacks. He seems to be an opportunistic abuser, taking advantage of a moment to grope women from reporters and beauty contestants, to employees and even airplane passengers. He didn’t retaliate but their lives were still changed.

Slandered By the Right

As Anita Hill can confirm. David Brock slandered her in his fictional tell-all, “The Real Anita Hill.” Mr. Brock later confirmed in a subsequent book, “Blinded by the Right: The Conscience of an Ex-Conservative,” that he had made the whole thing up. He lied to protect the reputation of Justice Clarence Thomas.

(I read the book. His admission of guilt is unequivocal.) Mr. Brock also used information provided by a friend of Justice Thomas to bully a woman into retracting her corroboration of the Supreme Court nominee’s assault by threatening to “blacken her name.” (A little irony there.)

In Saturday’s Wall Street Journal, columnist Peggy Noonan said she had believed Mr. Thomas but only two people know what happened. Today Mitch McConnell says he believes the five women (and teen-age girls) who have accused Roy Moore of Alabama with unwanted sexual advances because it’s politically expedient. He didn’t believe Anita Hill. She endured a scorching hearing before Sen. McConnell and other Republicans in the all-male Senate Judiciary Committee. They called her “delusional” and asked if she was a “scorned woman” seeking revenge.

Meanwhile President Donald Trump is quietly making it more difficult for women to speak up through an executive order that allows companies to keep harassment and discrimination cases secret.

Why Speak Up Now? 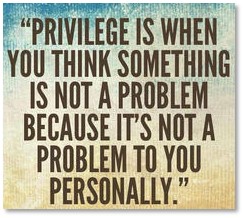 When men demand to know why women didn’t speak up sooner after they were assaulted, the men should understand that there was no upside for the victims but a lot of truly awful downside.

A woman speaks up against a celebrated actor, a powerful mogul, or a government official and she gets her reputation ruined, her life destroyed, her self-esteem wiped out and her future truncated.

What happens to him? Nothing.

Some women did it anyway and walked away with financial settlements after they signed a promise not to tell anyone ever. That essentially makes them complicit in the crime of their own assault but at least they got some compensation. The rest chose to put it behind them, warn other women when they could, and move on with their lives.

So, when men ask that most male of questions about sexual assault, they’re really saying four things:

Why? Because, as I have said before, men see male behavior as the norm. If you don’t behave like a man, you just don’t act normally. Women live in the world men have made. Men have never experienced what that feels like.