Anyone who has read or watched the news, been on social media, or had a conversation over the last few weeks knows that rape is a topic of heated discussion. Women’s safety, rape culture, “bully bros,” the privilege of white middle-class rapists, the consequences for the rapist versus the effect on the victim’s life, and the judicial slap on the wrist given in the latest case have all been discussed in detail.

The Brock Turner case has given us much to think about in regard to women’s safety. As I read and considered it, a memory surfaced from my distant past like a bubble rising from the ocean depths. The contents of that bubble are something I have not thought about in a very long time.

I will say immediately that I have never been raped. Now, I can congratulate myself on that fact and think that it’s because I have been more diligent, more observant, more prepared, and more careful than other girls. But that’s not true. Once I was just lucky. 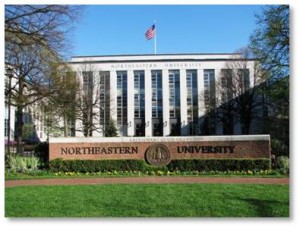 It happened in my freshman year at Northeastern University. Like many of the school’s students, I had come to the city from a small town and was pretty much unaware of what a girl needed to do to stay safe. I was 17 (I started first grade at 5) and from a small town where I had not dated much.

In the fall of my freshman year I went with my roommate to a frat party. This is and was not unusual behavior for girls looking to have fun in college. We went together for mutual support and we were conservatively dressed. Back then college girls did not dress like call girls and we would not have been allowed out of the dorm in such clothes. We couldn’t even wear pants on the street unless we were going to an athletic event.

At the party I had a beer and talked and danced. Later in the evening a highly inebriated young man came up to me and started talking. He wasn’t tall but was very solidly built. Right away he told me that he was on the wrestling team and that accounted for his impressive physique. Not wanting to spend any time with a drunk, however athletic, I looked to disengage myself and get lost in the crowd.

When I turned away, he simply reached out, grabbed me, and put me into a fireman’s carry over his shoulder. Then he turned and made his way through the crowd to the stairs. I was too surprised and intimidated to do more than pound on his back and demand that he put me down. He ignored my protests. I did not scream—not that I think anyone in that room would have paid attention to it. Given the level of noise and confusion, I doubt anyone would have noticed what he had done. Fortunately for me, my roommate did.

Trapped in His Room

The wrestler carried me up the stairs to his room in the frat house and put me down.  I turned to get away but he grabbed me by the arm and held tight. At this point I was scared. I wanted out of that room and he wasn’t going to let me go. Then my roommate showed up.  She did a silly little dance to distract him and played with a tie she had somehow acquired and wore like a scarf. While he was paying attention to her I hid behind the door. When he asked where I had gone she told him I had left and he went out to look for me.  As soon as he was gone we took off and went back to the dorm.

What could have happened had she not shown up is anyone’s guess. He might have raped me—he was much stronger and clearly had his mind set on what he wanted to do. He was also very drunk and might just as easily have fallen asleep.

Did I report it? No, I did not. Nothing had actually happened and who would have believed a naive freshman girl instead of an athlete? Campus rape wasn’t even a term back then. Instead I told my friends the story and stayed away from that fraternity house. I never saw him again, nor did I want to. If he saw me, he didn’t remember our “encounter.” That was the end of it.

But my point is that things could easily have gone the other way. I wasn’t looking for his behavior and I hadn’t dressed in any way that would have remotely triggered it. I wasn’t drunk or even close to it. He took me completely by surprise and only one person had noticed what he did. Like Brock Turner this college athlete might have been found to have “less moral culpability” because he had been drinking. I, of course, would have been “asking for it” because I had drunk a beer. Alcohol, like everything else in these situations, works two ways, depending on who has done the drinking. 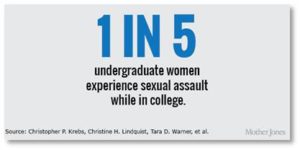 I was lucky. I got away without any damage worse than being frightened. The incident probably helped me to be more cautious and not get surprised again. The woman Brock Turner raped in an alley after she had passed out, was not lucky. The college athlete who found her saw not a woman in distress, someone who needed the help of an honorable young man, but an opportunity for abuse.

Frankly speaking, he wasn’t even freaked out at the thought of having sex with someone who was unconscious and incapable of responding, much less consenting. That’s a shade too close to necrophilia for anyone.

I came home safely and she did not. Her rescuers — two graduate students from Sweden who were honorable young men — arrived a few moments too late. But coming home safe at night shouldn’t depend on luck.