Here in the northeast autumn has arrived. For New Englanders this means crisp night air that is perfect for sleeping, leaves changing from bright green to the many hues of red, orange and yellow, and all the flavors of fall. 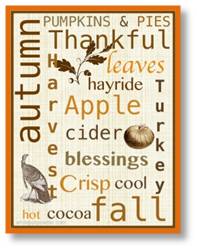 The arrival of fall also means a transition from iced tea to hot tea, sweaters, socks and perhaps afghan over your legs in the evening. In our house a dog or two come with the afghan as well. Turning on the oven and pulling out the crock pot suddenly feels right.

Fall has its own food groups and flavors. Winter squash, apples, pumpkin and cranberries top my list. Cinnamon and nutmeg get to step it up, along with my good friend salted caramel. The delivery vehicles for the flavors of fall are endless: cakes, cookies, soups, stews and breads are just a few of the wonderful combinations.

An Apple a Day

I live in apple country—we are surrounded by local orchards and nothing tastes better than an apple picked straight from the tree. We like to eat them just as they are, but that’s not to say they can’t lend themselves to more complex offerings.

A family breakfast favorite is this baked apple pancake. We used to eat these at Bickfords and they were so big there was enough for a second meal. When they began to close I decided to find a copycat recipe and make them at home. I always use more cinnamon and vanilla than the recipe calls for. We put butter and maple syrup on them but I have also made them for dessert with a drizzle of Trader Joes warmed fleur de sel caramel sauce.

If you like idea of combining pork and apples then this recipe is the place to start for a delicious main course. Chef Anne Burrell always hits a home run with an amazing blend of flavors. You might be one of those people who just can’t get past the idea of prunes and you can skip them, but you’ll be missing out on an extra layer of deliciousness.

If you haven’t tried these apple dumplings all I can say is you don’t know what you’re missing. Don’t let the recipe throw you –they really are that good. I often get a raised eyebrow when friends read the ingredients, but they always come back with rave reviews. We prefer Sprite or Seven-Up in place of the Mountain Dew. Bake ’em and eat ‘em –they aren’t good as leftovers! 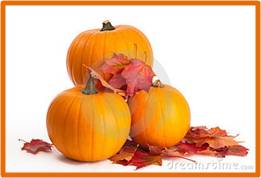 Somehow making our favorite pumpkin bars when it’s not fall doesn’t seem right. It may be my imagination, but they don’t taste as good in the off seasons. When summer is officially over this is a go-to recipe. These are made like a sheet cake with a thin coating of cream cheese frosting. I add a sprinkle of freshly grated nutmeg over the top. It makes a lot and there are never any left. This is a favorite with my office colleagues.

Pumpkin blends wonderfully with the favors of ginger and coconut, especially in soups. This recipe does it well, using stock and cream as part of the base. By substituting coconut milk for the cream you can reduce calories and give it more of an Asian flavor, and a spoon of peanut butter amps it even more. This soup is a wonderful first course for the pork roast above.

I cook with fresh and canned pumpkin. I roast the fresh ones by cutting them and cooking them until they are soft, but canned pumpkin works just as well. Here’s a great tip from Americas Test Kitchen: heat the canned pumpkin in a sauce pan before using it. By stirring it gently for 5 minutes you remove excess water and any canned flavor it might have, which makes for better baking. If my recipe calls for cinnamon I add it to the pumpkin in the pan –the heat intensifies the flavor.

Cranberries are harvested in the fall and most often associated with Thanksgiving and a dish of sauce. They deserve much more attention. There are two ways to harvest a cranberry: wet and dry. A wet harvest floods the bog, the berries float to the top and are scooped out by a large machine. These berries are used in juices and sauce as they are already wet and must be processed. The dry harvest results in the bags of berries you find in the store. 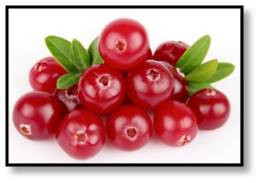 Put those berries to good use in a batch of Cranberry Crumb Bars. This recipe blends the tartness of the cranberry with fresh orange and almond meal. You can’t eat just one.

The cranberry harvest also means cranberry liquor, which I start now in preparation for the holidays. Last year I added a cinnamon stick and some orange zest for a lovely flavor combo and served it in a glass topped with prosecco. I let mine stand for at least a month for maximum flavor.

And last but not least, if you’ve never made your own cranberry sauce give it a try. The recipe on the bag works just fine, but if you’re a bit more adventurous this one is a show stopper.

Fall is my favorite season. If you haven’t experienced a New England fall I hope it’s on your bucket list. When the leaves start to turn the kaleidoscope of color tells us it’s time to pick apples and pumpkins and set our autumn table with recipes that celebrate the harvest.