So, here we are in September already. The summer — a real washout — came and went without celebrating most of the holidays, events, barbecues and get togethers that usually make summer fun.

While that was disappointing, we’ll get over it in time. Covid-19 may still be with us in 2021 but it will decline in importance to where the flu is now. We will get our shots when one becomes available. That may be wishful thinking, but I just know it’s true.

Before going into the monthly roundup of August 202 posts, I’m going to follow up on three of my previous posts: 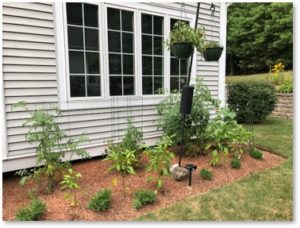 The Zovenchi solar-powered, electronic pest repellent worked for what I would estimate is 80% of what’s needed. The rabbit and chipmunk depredations decreased to where the marigolds could flower, the bush cucumber went wild and the zucchini actually bore fruit.

I still had to race the rabbits for low-hanging fruit on the tomato plants, though. Nothing kept them away from their favorite meal. After a while, I began picking the tomatoes just before they ripened and leaving them out to finish where the rabbits couldn’t get them.

Now, however, both rabbits and chipmunks have disappeared. They didn’t just leave my garden and show up somewhere else. They’re just gone. It may have something to do with the fox that has taken to patrolling the neighborhood. If so, he or she has eaten very well.

I encountered the one remaining rabbit yesterday when I went out to pick a tomato. He had already knocked down three and partially eaten one. I rescued the remaining two and then tried to shoe him out of the garden. He went one way, then the other, then just looked at me as if he were thinking, “What do you want from me, already?”

After a recent experience, I have updated my estate sale criteria to include the size of the house. Yesterday, I went to one in a very upscale town, lured by photos of designer handbags. When I arrived, I found that the house was decidedly downscale—an obvious tear-down—with a line going down the sidewalk.

I should have just driven on past and gone home but I didn’t. I scored one bag, although I’m not sure of its authenticity, and spent far too much time in the process. From now on, I will Google the house as soon as the address is posted. If it’s small and/or shabby, I will forget it.

Waiting for a Covid-19 Vaccine 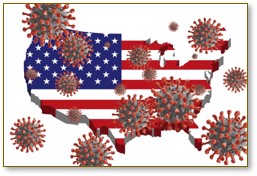 If you’re as confused as many about the status and schedule for the multitude of Covid-19 vaccines currently in development, check out this convenient summary, “Covid-19 Vaccines: What’s Coming and When,” by Ana Rivas, Peter Loftus, and Alberto Cervantes in The Wall Street Journal.

The article lists all 174 of the candidate vaccines, along with the developer, type, and stage of development. The nine front-runners get extra detail.  This is a good way to educate yourself, especially if you’ve seen some of the scare messages that have gone around on social media. 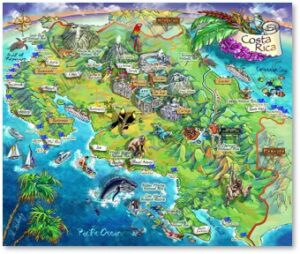 Suze was away for part of August, so I filled two of her Monday slots with collections of her previous posts. And I scratched my travel itch with two posts, one for her and one for me. They are both included in the following roundup of August 2020 posts, grouped by category.

Costa Rica just opened its border to Americans from “low-infection” states and Massachusetts is on the list. At a 1.0% positive rate, we’re going in the right direction. I hope that Europe follows suit between now and next April. We have 222 days until our rescheduled Viking River Cruise Rhine Getaway and I want the world to open up by then. 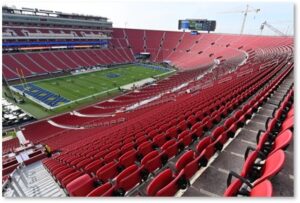 And here we go into a September that will probably be as unusual as the summer.. The usual back-to-school scramble has been a lot more chaotic this year, with kids either going into the building, studying from home, or combining the two.

Professional sports are still trying to figure out what to do and how to do it, which means any NFL games may be as weird as the truncated baseball season and played without fans.

Have We Learned Anything?

At some point, we’ll sit back and ask ourselves what we’ve learned about how to do things. What did we miss or not? What behaviors should we keep or throw away? What new version works better than the old one? Does going to the office have any value? Will we ever walk into a movie theater again? Have we learned anything? Things like that.

In the meantime, we continue to work our way though an unplanned experiment one unusual day at a time.