The recent passing of film star Chadwick Boseman inspired this blog.  Diagnosed as Stage 3 colon cancer in his early forties, it progressed to Stage 4 and claimed his life. 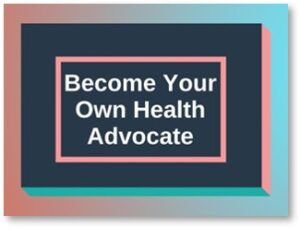 How can this be? Colon cancer is preventable with early detection and treatment. In fact, the survival rate is 90% when caught in the early stages. The answer is a simple one: young people do not recognize the early warning signs. Cancer is not on their radar or that of their healthcare providers.

Becoming our own health advocate is an important step in early detection and prevention. Our lives depend on it.

You Know Yourself Best

The Journal of the National Cancer Institute conducted a 2017 study stating people under 55 are more likely to have a late-stage diagnosis. This is largely the result of delayed follow-up on symptoms that present as general GI issues.

The report also notes the racial disparity in the disease. African Americans have one of the worst survival rates, almost 40% lower than other racial groups. The odds were not in Chadwick’s favor.

Did he notice something was not quite right? Was his own body providing warning signs that neither he nor his medical doctors took seriously? When it comes to reporting sudden or unusual changes we must advocate for our health. We know our bodies better than anyone. Speaking up without fear is essential for early detection and prevention of any disease.

Healthcare Through the Years

Prior to World War II, most Americans paid for their own medical care. Insurance covered major expenses people could not pay themselves. 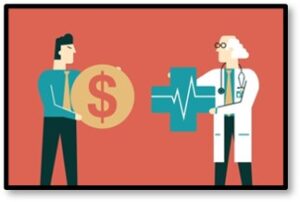 Back in the day, a visit to the family doctor meant conversation and catching up. Your medical history was well known and his or her diagnosis was the final word on what ailed you. People rarely sought second opinions, and almost never questioned the doctor.

Through the years, healthcare evolved from company doctors in industrial or union clinics to employer-sponsored health insurance. Managed care options, along with Medicare/Medicaid, made the family doctor obsolete. Local practices went out of fashion, replaced by centralized and impersonal practices governed by insurance.

Today, physicians are at the mercy of insurance companies, spending less than 20 minutes with each patient. A decrease in reimbursements forced doctors to increase patient load to maintain their level of income. Shorter patient visits means less time for doctor-patient relationships.

It varies by insurance plan, but the bottom line is that physicians bill for the number of patients and procedures, not how much time they spend. This is a strong incentive for the doctor to invest minimal time with each patient. Unfortunately, under our current healthcare model, there is no incentive for preventive healthcare.

Learning to be your own advocate ensures you receive the care you need. Most of us rely on our healthcare providers to guide us. Even providers who are experts in their field will not have a personal relationship with you or remember every aspect of your health. It’s up to you. 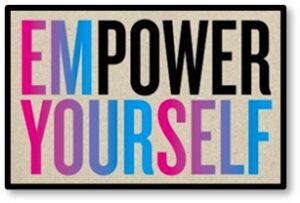 New-age medicine demands that we empower ourselves. Learning to interact with healthcare systems increases our ability to receive the treatment we need when we need it.

Doctors work for you, not the other way around. The goal is a shared interest in your health and wellness, not medical intimidation. Empowering yourself to question and understand what is being recommended is in your best interest.

Request clear explanations for diagnostics and understand prescriptions and side effects.  Review all treatment options before making a decision. If there is family history concerning specific illnesses you may qualify for early preventive testing.

Know how your health insurance works, as well as the pluses and minuses of any recommended procedures. Keep detailed records, review your bills and take advantage of free preventive care under the Affordable Care Act.

If you have insurance under an ACA-compliant plan and your health insurance began after March 31, 2010 there are15 free health screenings and services available to you.

Additional preventive services are available for women, children and older adults. These free services give you an additional reason to visit your doctor and talk openly about any potential health concerns.

The Rising Cost of Healthcare 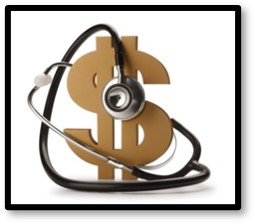 In the United States, 62.1 percent of all bankruptcies are due to the inability to pay medical bills. Poor health costs the economy $576 billion per year.  Thirty-nine percent, or $227 billion, comes from two sources. The first is lost productivity when we are unable go to work because of illness. The second (new word) is presenteeism—going to work with an illness, resulting in reduced productivity.

The average American household spent $5,000 per person on healthcare in 2019, a 101percent increase from the $2,500 spent 35 years ago. The increase is not due to drug costs or medical services; those decreased by roughly one third since the 1980s.  The increase is in insurance costs, which increased 740 percent since 1984.

Being your own healthcare advocate gives you a sense of ownership and control. Think of it as an investment in better treatment and preventive outcomes. 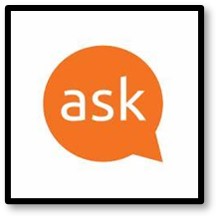 Chad Boseman received his diagnosis in 2016 and never disclosed it publicly. The decision was his to make, but I wonder if going public might have encouraged others to question symptoms and seek early treatment.

He filmed Black Panther and other movies between surgeries and chemotherapy.  When fans questioned his 30-pound weight loss, he led them to believe he was preparing for a movie role. In reality, he was fighting for his life.

We must be advocates for ourselves when our health and well-being are at stake – our lives depend on it.