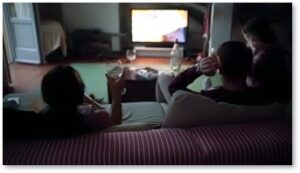 With the Covid-19 pandemic dragging on into the second half of the year, television studios are scraping the bottom of the barrel. They haven’t been able to film anything new and that brings the whole idea of a fall season to a screeching halt.

The fall TV season only existed to sell new TV sets and cars anyway, so that’s no big loss. But if you have wondered what happened to season 2 or 3 or 4 of your favorite show, that’s the reason.

The downside is obvious but we do have an upside. The networks have to fill time slots with shows that advertisers will support and streaming services have to refresh and renew their offerings. This has resulted in three approaches:

We have no desire to re-watch something I have already seen or watch for the first time something we passed on when it first appeared. Life is too short for that. The second category may include some gems among the dreck. The third option has so far offered the most entertainment.

Here is my recent pandemic watchlist with some of the movies and  TV shows we give a thumbs-up. I won’t bother with the ones we turned off before the first show finished.

Modus: (Swedish, with subtitles – 2015) “During a snowy Christmas season in Sweden, psychologist and profiler Inger Johanne Vik finds not only herself but also her autistic daughter drawn into the investigation of a number of disturbing deaths.”

This is a police procedural with several twists. It’s engaging and engrossing. You’ll find yourself thinking, “Poor Stina.” Recommended. 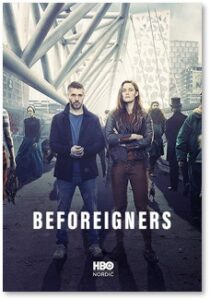 Beforeigners (Swedish, with subtitles and some English – 2019) “HBO Nordic’s first original series from Norway, Beforeigners is about two persons who mysteriously appear in Oslo. They are the first of many from the past to seek refuge in present time. Seven years later the community is transformed.”

In a science fiction framework, Beforeigners offers a metaphor for the impact of immigration on a society.How do a Cro-Magnon man, a Viking shield maiden, and a Victorian gentleman react to 21st-century mores and technology? How does the society react to them? There’s some real humor in the answers and twists in the last episode. Recommended for science fiction fans and people who can grasp metaphor.

The Fall: (British, with Belfast accents – 2013, 14, 16) “A psychological thriller that examines the lives of two hunters. One is a serial killer who stalks his victims in and around Belfast and the other is a talented Detective Superintendent from the MET who is brought in to catch him.”

This is a very quiet but compelling series. Gillian Anderson’s Detective Stella Gibson often speaks in a near whisper and even the serial killer is a sneaky, low-key guy. But you’ll want to hear every word. Recommended 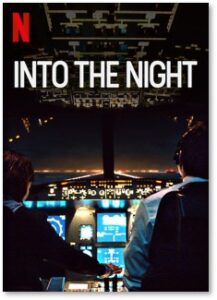 Into the Night: (Netflix, Belgian in various languages with subtitles 2020) “When radiation from the sun causes a global disaster on Earth, survivors on an overnight flight from Brussels race from city to city trying to stay ahead of the sun’s rays by remaining in the cover of night.”

Great concept and good action. The whiny, difficult characters with their constant bickering get on one’s nerves but the drama wins out. Recommended for science fiction fans.

This origin story for the eponymous lead character in an old TV series shines because of Matthew Rhys and Tatiana Maslany, both superb actors. It did suffer from a plot too similar to that of Penny Dreadful: City of Angels. If you want to choose, pick Perry Mason. Recommended 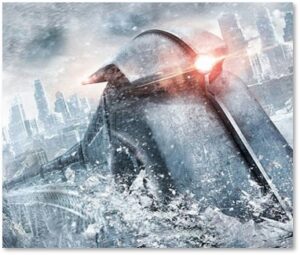 nowpiercer: (Amazon Prime 2020) “Seven years after the world has become a frozen wasteland, the remnants of humanity inhabit a perpetually-moving train that circles the globe, where class warfare, social injustice and the politics of survival play out.”

This series is based on Director Bong Joon-Ho’s movie of the same name. As with the movie, it plays out the director’s constant theme of class warfare but is less brutal. I think a second season would benefit less claustrophobic visuals that show more scenes of the frozen world outside the train. Recommended for science fiction fans. 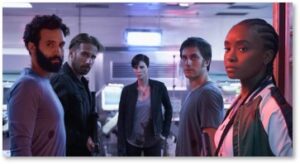 The Old Guard: (2020) “A covert team of immortal mercenaries are suddenly exposed and must now fight to keep their identity a secret just as an unexpected new member is discovered.”

Charlize Theron goes through her patented kick-ass action role but with a difference: she’s thousands of years old. Unlike most movies of this genre, which replace dialog with fighting, this one is pretty interesting. If the villain looks familiar it’s because he played Dudley Dursley in the Harry Potter movies. Recommended.

Da 5 Bloods: (2020) “Four African American vets battle the forces of man and nature when they return to Vietnam seeking the remains of their fallen squad leader and the gold fortune he helped them hide.”

Basically, this is a remake of The Treasure of the Sierra Madre updated to the Vietnam War. If middle-aged Black men really quibble and bicker constantly like this, I’m glad I missed the experience. It takes a long time to set up and then the comparison between the two movies becomes obvious. Too obvious. Limited recommendation.

Watchlist lesson for today: Don’t be afraid of foreign languages. You will find some good stuff to watch out there if you broaden your horizons. We all have to wait a while for the next season of “This is Us.” And major league baseball just isn’t cutting it this season.

But you can still kick back and relax after a hard day of working from home or searching for a new job.