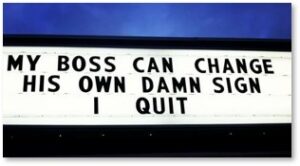 A lot of editors, commentators, pundits and experts have asked, as Susanne recently did, “Where Have All the Workers Gone?” The most recent one I read was “The Underside of the Great Resignation,” an interview in The Wall Street Journal with Nicholas Eberstadt by Mene Ukueberuwa.

Previous analyses have attributed a decline in workforce participation to fear of Covid-19, government subsidies, lack of childcare, transportation problems, early retirement, and a host of other issues. This one deals with idleness: the simple preference for not working. In it, the author says:

“Mr. Eberstadt, 66, wrote the book on this decades-long flight from the workforce. As its title suggests, ‘Men Without Work’ (2016) focuses particularly on prime working-age males. But the trend applies to women and seniors, including in the Covid era.” 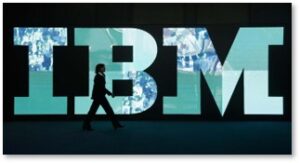 A partial answer to the question of why more people choose to do less work might be found in the Boston Globe on January 23. “The Battle of the Ages” by Robert Weisman deals with one company, IBM, which is being sued by “older laid-off workers.”

As the article explains,

“Dozens of former Massachusetts employees, many of them Lotus veterans, are among the 1,000 laid-off workers nationally who have charged IBM with forcing out older staffers over the past decade as part of a strategy to build a younger workforce.”

Shooting Themselves in the Foot 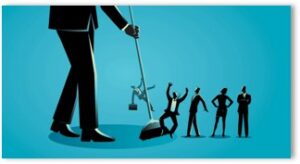 Now, when you talk to financial planners, they describe a worker’s “peak-earnings-and-savings years” as between 45 and 64 years old for men and 35 to 54 for women. Those, not coincidentally, are the years when companies, particularly in high tech, begin deaccessioning their workforce. The longer a worker’s tenure with the company, the higher the pay, and the greater the likelihood of a visit from someone in HR with a stack of manila envelopes.

As Mr. Eberstadt says, “But the work rate for prime-age people—25 to 54—has also been going down since the turn of the century.” Notice that his prime age doesn’t equate to “high earning.”

But it’s not just the salaries that matter. High-tech companies sought a fast on-ramp to compete with new technologies. They decided they would find it in hiring younger, hipper, more innovative people. It was a two-fer: new competitive talent for less money. 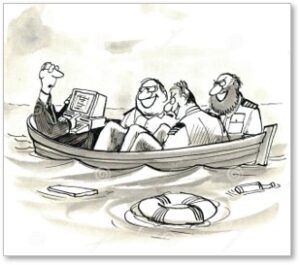 In essence, these companies did it to themselves. Having tossed some of their best workers out of the lifeboat, they now find themselves unable to hire younger workers who would rather just not work at all. Companies did it year after year, over and over again. Go for the short-term gain and hang the long-term consequences.

And now? Well, now they can’t find the workers they need.

While there may be an immediate benefit in dumping older workers for a company’s bottom line, other and less-obvious consequences arise. They happen first for the workers and now for the companies.

Mr. Eberstadt makes the case that people of all ages are happier working. I concur. But that doesn’t persuade a twenty-something to turn off the TV, get off the couch, and go to work. Neither does it motivate a rejected employee to return for more of the same.

Will the younger workers come back? Possibly. When they do, it will be to companies that Covid-19 forced to re-evaluate their cultures and change how they treat their employees. Savvy companies are increasing salaries, improving benefits, normalizing work from home, and paying attention to worker satisfaction. 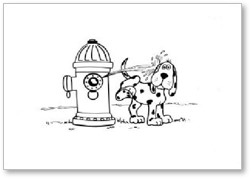 That’s good news. But will it be enough?

Speaking from experience, I have trouble feeling sorry for these companies. They should not be shocked if young people are now treating them with the same disregard they showed to dedicated, hard-working employees. Schadenfreude, anyone?