Last week we were in Fort Benning Georgia for our son’s graduation from Officer Candidate School and commission into the U.S. Army as a Second Lieutenant. This is a ceremony filled with pomp, military hierarchy and precision. Seated with us in the auditorium were families of the 87 candidates, many retired military themselves. Both my parents were Army officers, which makes me an Army brat and no stranger to these traditions. 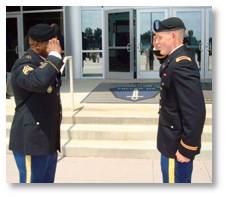 The candidates marched in. Then the 3rd Battalion 11th Infantry Regiment command team marched in. It was an impressive line-up of military leadership and accomplishment. Fort Benning is home to the 199th Infantry Brigade and Airborne School and 75th Ranger Regiment. There was a lot of brass on that stage. In lay terms, it was like the Justice League of America, or at the very least some Warren Buffets and Jack Welchs. This stage held no Mark Zuckerbergs – no twenty-somethings, no prodigy millionaires. The keynote speaker was retired Army Colonel Mark Suich, whose biography took up two pages in the program. His decorations and awards reflected a brilliant 30-year career, much of it honed in battle. When I say retired, I mean no longer on active military duty. He is a professor of military studies, holds a Master’s degree in unconventional warfare and is not retired in any other way. He is referred to with affection as “A total bad ass.” This is not to be confused with, “He’s an ass,” a term used for people pretending to be leaders.Here’s the thing – Colonel Suich is exceptional but he’s not one of a kind. Seated next to him were three men just like him. In the audience sat men and women with similar accomplishments. I was surrounded by people over 50 with impressive careers and credentials. The soon-to-be Second Lieutenants acknowledged this with their undivided attention and reverence. They knew these men and women were exceptional leaders whose knowledge came from experience. Here were the twenty somethings. These young people were at the beginning of a road that held enormous potential. Their careers depended on guidance, mentoring, leadership and discipline from these senior officers.Leaders are rarely in their twenties or thirties. Leaders are not to be confused with managers or entrepreneurs or Mark Zuckerberg. One is not necessarily the other. A military commission means your leadership potential has been evaluated. The vetting process takes over six months, with formal interviews and presentation before a military review board. Once you have been commissioned, the review process continues throughout your career. The moment you fail to meet the standards, your career is over. Wouldn’t it be great if our business leaders were held to the same scrutiny?The Business BattlefieldIt occurred to me that there are some parallels here. We are over 50 and we have earned our credentials. They may not be stars, oak leaf clusters and hash marks – but we have seen our own versions of a battlefield.We did not get to be this age without learning a few things. Will Rogers said, “Good judgment comes from experience, and a lot of that comes from bad judgment.” It’s fair to say we come with a lot of good judgment and our value should not be underestimated by our age. We, too, are mentors and leaders. We have learned to think things through, evaluate options and make decisions with confidence. We are assets to an organization and to its leaders in training.Leadership over 50 comes from people who have learned how to direct themselves. In addition to the hard skills that come with experience, we also have well-honed soft skills and the ability to influence the younger and less experienced to deliver their best. We believe in ourselves. We know what we know – and what we don’t know. We are fearless when saying “yes” to the right things, and confident about saying “no” to the wrong things. I would also like to say we can see dead people, but we can’t. 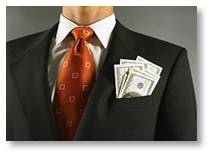 In 2012 @Forbes reported the median age for a CEO is 50.5, with an average tenure of four years. At the Fortune 500 level it averages two years. This means that few CEOs today are ever really tested and proven. They don’t serve long enough to actually live with their decisions, directions and implementations, and are not held accountable by their Boards. They enter and leave through a revolving door. They are given enormous sums of money when they fail and they always get another job. The way military leadership is structured, this is simply not possible.Foxholes and Pastures

In today’s business world, if you are over 50 and not a CEO, you might be in the cross hairs. This is the age at which we are perceived as insurance burdens, salary and benefit liabilities (someone half our age will work for half our salary) and ready to be put to pasture. Intellect and real world experience is overlooked; age becomes the arbiter of our careers. Organizations view this age group as disposable, out of touch and, simply put, too old.What if the military treated its senior leadership this way? Continuing the Mark Zuckerberg theme, would you want him in a fox hole with you? I’m exaggerating, but I want to make the point that leadership in the military is born from experience, with checkpoints and accomplishments that must be met in order to advance your career. It is earned. They are at the top of their game; and are teaching those that will one day take their place. An over-50 leader is valued and rewarded with increasing positions of command and responsibility–not liability.In his closing remarks to the newly commissioned soldiers, Colonel Suich offered this advice: “Get up every morning and give a damn. Show that you care through your words and your actions. Be clear on what your strengths are and what strengths you need from others. Make each day count for something.” Eighty seven Army Strong voices responded in unison, “No compromises Sir!”

Let us say the same. Hooah.