The Charlesgate building Boston’s Fenway area may or may not be haunted as many ghost stories claim but it certainly looks as if it should be. Large and imposing, the Charlesgate sports a wealth of the architectural detail, design, ornamentation and materials that make it seem a tad over the top and a bit otherworldly. Do spirits haunt the building or are the ghost stories just wishful thinking? 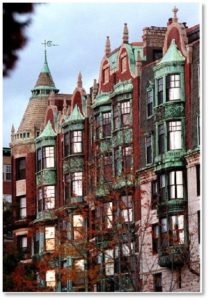 J. Pickering Putnam, who also created Haddon Hall in the Back Bay, designed the Charlesgate in 1891 and it was built by Gibson and Knight. The predominant materials are brick and Indiana limestone with limestone trimming and ornamental tilework inside.

The architect incorporated elements of several styles, including Richardsonian Romanesque, which is most evident in the short, grouped columns around the doors and the rounded arches over the windows and doorways. Bay windows reach up to brick-work gables in the Queen Anne style and four bays on the west façade have elaborate copper cladding on the bottoms. A large bartizan rises from the first floor on the northwest corner to a conical turret.

An attached building at !0 Charlesgate offers even more bay windows, more decoration. it includes a smaller bartizan on the southwest corner that goes up three stories to a narrow turret. The limestone trim throughout has been carved into elaborate and complex designs, particularly over the doors — one on Beacon Street and one on Charlesgate East.

Corrupted by Time and Repetition

Most of the ghost stories—and I’ve read a few—recycle the same “proof,”although most of them are either flat-out wrong or corrupted by time and repetition. Despite grasping for spiritual contacts, none of the books and websites caught an association that would have buttressed their cause. So much for research.

A seven-story apartment hotel, the Charlesgate hotel served both permanent and transient guests but management preferred long-term residents. Shaped like an elongated C on an irregular lot, the Charlesgate offered its residents a garden with grass plots and flower beds. Additional structures filled this space in by 1908, however.

The Putnam family owned the Charlesgate along with the related Hayden family of New York City. Architect J. Pickering Putnam lived at the Charlesgate from its completion until his death in 1917. His wife, Grace (Stevens) Putnam, stayed on long after his demise. Hotelier Herbert Summers acquired the building in 1923 and owned it until 1937 when he passed away. His wife, Fanny Summers remained in residence and owned the building, along with Mr. Summers’ heirs, until 1947.

From Staid to Students 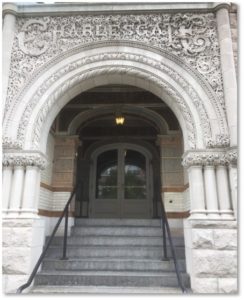 Until then, the building possessed a fairly staid reputation as a quiet residential hotel. As it lacked a ballroom and a bar, management bragged that they had never served a drop of liquor on the premises. That history changed in 1947 when Boston University acquired the hotel to use a girls’ dormitory. Both Grace Putnam and Fanny Summers had to move out, massive renovations were made, and the students moved in.

The building changed hands several times from 1970 to 1995. Part of that time it served as a rooming house. During this period, it acquired a seedy reputation for cheap apartments that attracted residents on the fringes of society and in the demi-monde. Purchased by Emerson College in 1981, it again, as a dormitory for students until 1995.

More modifications broke up residential apartments into dorm rooms without regard for history or architectural detail. In 1996, Charlesgate Realty Trust LLC received permission to subdivide the property and they converted it to 56 condominium units in 1998.

Origins of the Spooky Tales 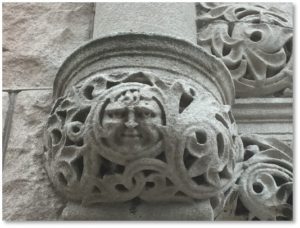 This history seems pretty ordinary for an old building. So where do all the spooky tales come from?

At a guess, I would say the Charlesgate just looks like it ought to have some very permanent residents of the incorporeal variety. It appears huge and elaborate in a way that reminds us of horror-movie sets.

But do these claims have any merit? Let’s look at a few.

Full disclosure: I’m not debunking the ghost stories. I’m perfectly willing to accept that a building is haunted but it requires more evidence to convince me than these stories possess. There may well be substance behind all the stories that Emerson students put into the archives, though. 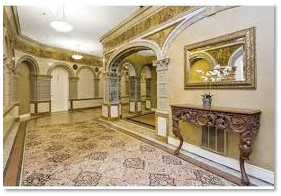 But wait, there’s more—and this is a fact. When Erich Weiss (Harry Houdini) came to Boston in 1923 to evaluate physical medium Mina Crandon for a prize offered by Scientific American magazine, he insisted that the four seances be held outside her home. He chose the Charlesgate as the test’s location. So, Houdini, Mrs. Crandon and members of the Scientific American’s Committee on Psychic Research did invite spirits into the Charlesgate’s rooms. Fortunately, Houdini successfully prevented Mrs. Crandon from carrying out her tricks and declared her a fraud.

Can a fraudulent medium actually contact the spirits of the dead? I leave that to the Charlesgate’s residents to determine. 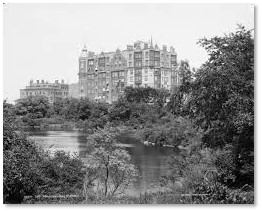 Looking across Charlesgate Park before Storrow Drive ramp was built

You will find The Charlesgate on the southeast corner of Beacon Street and Charlesgate East. Because The it is now a private residence, you can’t go inside. But you can admire its elaborate architecture from outside and peer into the tiled lobby from the door on Charlesgate East..