October turns the Internet into weird territory (or makes it even weirder than it already is in this election year) as folks ramp up for the Halloween spookfest. Some of this information circulates year-round with coverage on haunted places, inexplicable photographs, pictures of deserted and abandoned places, and explorations of haunted houses. Guilty pleasure: I love this stuff because I’m one of those folks who enjoys the idea of mystery. 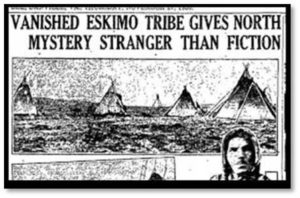 “and the Northern Lights have seen queer sights . . .”

When it comes to mystery, you either do or you don’t, as I said in an earlier post on Mundanes vs. Fantastics. While most people might see Halloween as a harmless holiday that brings back childhood fun, if you’re a Mundane any discussion of ghoulies and ghosties turns you off.

Fantastics, however, can really get into it and enjoy the surge in weird stuff that pops up on social media sites like things that go bump in the night. These folks hang ghosts in the yard and put skeletons on the front porch.

Getting lost in the Internet Spookfest

As a dedicated Fantastic, I can be susceptible to wasting time looking at images that can’t be explained in pictures that were taken before the advent of Photoshop, wondering what really happed to Elisa Lam or how the entire Canadian village of Anjikuni disappeared overnight, pondering disappearances in the Bermuda Triangle or speculating on what causes the Brown Mountain Lights. And I can always get interested in whether a site is really haunted or whether people just want it to be. 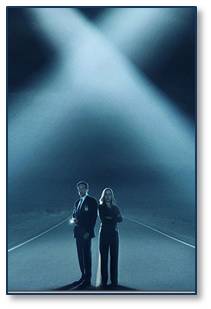 On last year’s The X-Files: Re-opened, poor Fox Mulder still wanted to believe but he mourned a list of mysteries that had been solved by science. Agent Mulder hated to let those mysteries go and was disgusted with himself for having been pulled in by them. I know how he felt.

Here, for example is an explanation for the weird behavior and death of Elisa Lam that focuses on the psychotropic drugs in her system.  Reading it takes me to a Fox Mulder moment, although I think a few things still remain unexplained.

Frankly, I would love it if science somehow figured out a way to track or measure paranormal phenomena. Wouldn’t that be cool? This unity of scientific method with the paranormal would give us the best of both worlds. I know this is not a new idea, of course. Cotton Mather used to study witchcraft as a scientific phenomenon in the seventeenth century.

Today’s ghost hunters have deployed a variety of technologies to shed light on the paranormal in ways Cotton Mather could not have imagined. They use these devices to detect and record images, heat signatures and cold spots, voices, and movement. Ghost-hunting equipment includes: 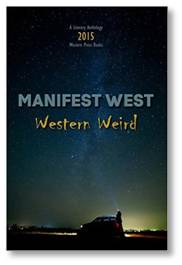 Check out “Voices in the Dark”

I think the perfect arrangement is to set up all the electronic equipment and then monitor it from a remote location that’s well outside the range of any paranormal activity. Someplace warm and brightly lit. Also, the equipment has to run long-term. We can’t really expect ghosts to appear just because it fits our schedule. I dealt with such a situation in my short story, “Voices in the Dark,” which was published in the Western Weird anthology in October of last year.