Twitter has only been around for 12 years, growing from a small messaging platform with no revenue to earnings of $91 million in the last three months of 2017. Their format hasn’t changed much. For the most part, it’s the same as it was when it launched in 2006. 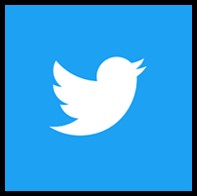 On the social media stage Facebook has top billing with 2.13 billion users followed by Snapchat and LinkedIn. Twitter is in 4th place with 330 million users; it’s most infamous Tweeter being POTUS. Covfefe.

Twitter is becoming the communication platform for Generation Z; media-savvy young people who grew up in the Internet age. Articulate enough to make their point in 140 characters or less, Zs are delivering messages that follow the money.

They are helping Twitter become the little blue bird that could.

The Influence of Real Time 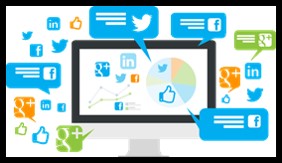 You can send messages about events happening in real time with photos and video. Using the Twitter-created hashtag, written with a # symbol, allows you to index keywords or topics and makes it easier to follow the topic thread. It is one of the largest platforms in the world for sharing real-time data.

Hashtagged words tie the conversations into one stream, and the topic can be searched and followed. Hashtagged words that become very popular are retweeted and create trending topics. #covfefe

Because of its real-time nature; Twitter’s usage spikes during prominent events and breaking news stories. On the day of the 2016 U.S. Presidential election Twitter had 320 million active users.

Twitter is changing the way people get the news. It is now the single largest source of breaking news because first-hand sources can post without being blocked by publishers. It is the best news aggregator and the retweet function promotes rapid and efficient distribution.

Nine out of ten Twitter users say they use the service for breaking news and three quarters of them follow specific journalists. Readers no longer use traditional forms of journalism. They are moving away from search engines, instead preferring social media, including Twitter, for content discovery.

Twitter’s popularity and usage taps into FOMO: Fear Of Missing Out. Users can’t bear the thought of being disconnected. Time for them is measured in seconds, not hours, days or months.

When Barack Obama was re-elected President of the United States in 2012, the event received 327,000 Tweets per minute. His Tweet “four more years” is one of the top ten tweets of all time. The FIFA European Championship of 2016 became the most Tweeted sports event in history, with 35.6 million Tweets sent during the game.

“David Hogg Rejected By Four Colleges To Which He Applied and whines about it.”

Mr. Hogg, the Marjory Stoneman Douglas High School student who filmed students hiding from the gunman in their classrooms, responded by Tweeting:

“Soooo @IngrahamAngle what are your biggest advertisers … Asking for a friend,”

he wrote, using the hashtag #BoycottIngramAdverts, and listing a dozen major Fox advertisers by name.

By Friday, 11 of those companies said they would pull their ads from The Ingraham Angle. Mr. Hogg followed up with an expanded list of 100 sponsors sharing a list he obtained from Media Matters.

David Hogg understands the connection between money and social media, urging his 630,000 Twitter followers to “tweet away” at Ingram’s top sponsors, asking them to boycott her TV show.

Five years ago, he might have circulated a petition that would have gone nowhere; but in fewer than 48 hours one tweet reached those with the deepest pockets and the most to lose.

This is not a new approach. Last year, former Fox anchor Bill O’Reilly watched more than 50 advertisers drop his program after a series of sexual harassment allegations were disclosed, followed by an internal investigation that revealed even more.

The network fired O’Reilly, who had been with them for over 20 years. When one advertiser bales others follow; and new ones are reluctant to step into the financial void.

2017’s biggest news story headlined sexual assault and harassment allegations against rich and powerful men, generating a groundswell of social media support with the hashtag #MeToo. It reached 85 countries and 1.7 million Tweets as women began telling their stories and exposing predators who were hiding in plain sight.

Note to Tweeters:  The Bird Knows All. Whether you are a regular tweeter or a random user, your “body of work” is part of the Library of Congress. Twitter agreed to provide the largest library in the world with every public tweet ever sent, now and forever.