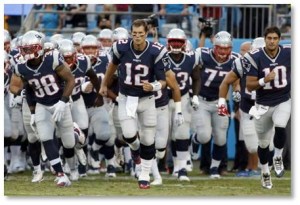 Fall began officially here in New England with last night’s 28-21 Patriots win over the Steelers. Yes,folks, fall truly starts not when the temperatures cool or the leaves fall, not when the days get shorter or the pumpkins appear at farm stands, not when school buses slow rush-hour traffic or lobster rolls disappear from menus.

It starts when the National Football League says it does—with the first official game. And life changes. Fall is when:

Last night the six o’clock news was like a Patriots pep rally on all the Boston stations. You might think the world had stopped because of the game. 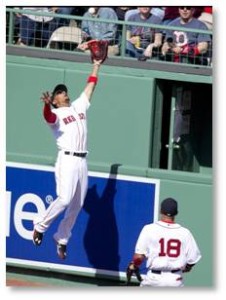 OK, I admit that I’m not a football fan. I can watch it and sometimes, like the divisional playoffs, I can even enjoy it. But I will never put @Patriots on if I’m alone in the house. I will watch the Red Sox by myself, though, because I’m a baseball fan. Maybe that’s because I played pickup baseball as a kid and softball in high school. Mostly, though, I think it’s because I find baseball more complex for at least 10 reasons.

George Carlin’s great comedy routine gave us even more differences. I encourage you to watch it if you haven’t already seen it — and laugh.

I have sometimes wondered, though, what the game would look like if we played baseball by football rules.

See?  That’s why I shake my head every time a special teams player comes in just to kick the football through the goal posts and then leaves the field. It just seems so, well, indulgent.

But I’m of good cheer. The baseball season is still going and there will be many good games between now and October. Plus, @RedSox are humming again after a really bad start when a lot of starting players hit the disabled list. 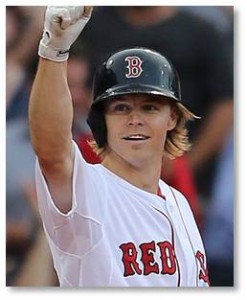 Interim manager Torey Lovullo pulled almost a whole new lineup from the minors and put them on the field. He must also have told them to go out and have a good time, show us all what they can do, and hustle. No pressure. They responded with an energy Fenway Park hadn’t seen all season. The kids are all right and they’re keeping baseball fun as if summer is still going on, despite the NFL’s declaration of fall.

I’ll root for the Patriots in October — or possibly November.