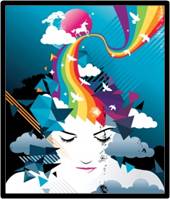 Winter is here. If you live in Washington D.C, Virginia or North Carolina you are suddenly and acutely aware of what this means. For those of us in New England winter is just a season and even if we don’t love it, we roll with it. Snow did not stop my sales kick-off, which had my full attention last week, and it most definitely doesn’t stop the internet.

Winter says put your flannel shirts on, test drive the snow blower, and make some of those soup recipes you’ve been saving for “when it gets really cold.” Need a recipe? This Lasagna soup sticks to your ribs and cooks on the stove or in the crock pot. If you prefer veggies, you can’t miss with Giada’s Winter Minestrone. Get some garlic bread and call it dinner.

While we’re at it, let’s check in with the internet and see what is has to tell us. Web surfing is our way of staying on top of news we might have missed while we were busy doing things like shoveling snow and running sales meetings.

I’ve made it easy for you with this list of thing On My Mind. At the very least I have given you a head start.  A winter afternoon is the perfect time to find a warm blanket and a spot on the sofa (bring your soup) and read what’s been on my mind.  You can’t make this stuff up.

What’s Hot and Who’s Not?

Sarah Loves Donald: She’s baaaack!  Sarah Palin’s rambling endorsement of The Donald.  Together they are going to make America all that it can be. I’m afraid. 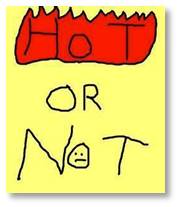 The World Will Not End Because You Took a Lunch Break. Warning: F-Bomb use.  Seriously people, why are we depriving ourselves of this very basic thing? An in-your-face rant about people who don’t, can’t or won’t take a lunch break. Just do it.

Barbie Gets Invited to the 21st Century  Hot:  The 33 new dolls reflect diversity in body shapes, skin tones and hairstyles. Not:  Slumping sales were behind the long overdue changes.  #getreal

El Chapo Speaks to Sean Penn:  Sean channels Robert Woodward and enters the world of burner phones, anonymous email addresses and his own technical ignorance (claims he never learned to use a laptop) to give us his perspective on….well, his perspective. No literary greatness here.

Fun with Binder Clips: This little video show creative uses for the simple binder clip.  You’ll wonder where you stashed yours so you can try at least one of them. And you thought they were just for paper.

Can you Hear me Major Tom?  The Atlantic Monthly’s beautiful tribute to David Bowie. So far ahead of his time he became timeless, giving us five decades of Greatness. Rest in Peace Ziggy Stardust.

The 2016 Pantone Colors are here and it’s a first—a blend of two shades.  Pantone has chosen Rose Quartz and Serenity; designed to reflect the balance between warmth and tranquility and wellness and order. Time to buy your power ties.

Celestial Alignment: The Age of Aquarius is here.  Mercury, Mars, Venus, Jupiter, and Saturn are in alignment for the first time in 11 years.  Get up early for the best view; it lasts until February 20th and won’t happen again until 2040.

Remember when I said the internet does not make stuff up?  This is what I’m talking about. 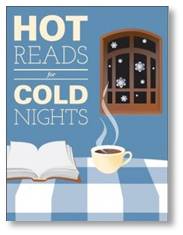 Reading fits right into winter.  Days are shorter, darker and colder; an invitation to find a good book and make yourself comfortable. There are so many good choices—put your ruby slipper socks on, make a cup of tea and settle in for some quiet time. Here’s what’s on my reading list:

These are stories that will pull you in and sear your heart. For a lighter option and some laugh-out-loud reading, which you should do after reading any of the above books, pick up Jenny Lawson’s Let’s Pretend this Never Happened. It speaks to the nerd and the wallflower in all of us and tells us it’s OK to have a quirky family. No matter how weird your childhood was, it probably doesn’t come close to Jenny’s. You might even feel normal.

Winter won’t last forever, but the internet is there for us. Even though it can’t keep us warm, it always keeps us entertained.