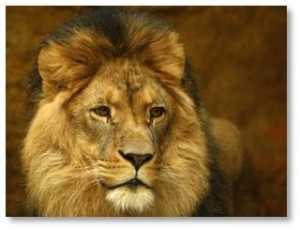 By now anyone who watches TV news or Jimmy Kimmel, anyone who goes online or has a social media presence, knows that a Minnesota dentist named Walter J. Palmer killed Cecil, a 13-year-old black lion at Hwange National Park in Zimbabwe in early July. The reaction from Americans has not been a good one for Dr. Palmer—and with good reason. He not only shot Cecil the lion with a crossbow, he and his guides did eight egregious things that true hunter disdain. They:

Reaction to the news of this offensive behavior has been swift and critical. Dr. Palmer has gone into hiding, his office is closed, no one answers the phone, and a makeshift memorial to Cecil has appeared in front of the office door. Dr. Palmer has been criticized brutally by Jimmy Kimmel on TV who called him “the most hated man in America who hasn’t advertised Jello Pudding on TV.” And social media is awash with comments about his manhood, his masculinity, and his need to overcompensate for anatomical deficiencies. They make @jimmykimmel’s criticisms sound tame.

Puzzled By The Need to Kill

Like Mr. Kimmel and many people reading this story, I am puzzled by the need to kill animals and don’t understand the “thrill” that may come from doing so. I get a thrill out of watching wildlife. We don’t get black lions here in Massachusetts but I enjoy the touch of wildness that comes from seeing deer, wild turkeys, fisher cats, beavers, woodchucks, and coyotes, as well as hawks, ospreys, and great blue herons going about their lives. It’s like having a little BBC special in my backyard or alongside the road on my way home. We have also traveled to see and photograph elk, moose, humpback whales, eagles, orcas, Stellar’s sea lions, and sea otters in their natural habitat. We have never once felt the urge to pull a trigger or launch an arrow. 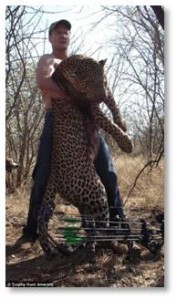 What does killing one of these animals accomplish except to destroy the wildness and turn natural grace and beauty into a motionless mound of fur with dull eyes? Dr. Palmer has registered 43 kills with the Safari Club International, including bear, rhinoceros, elk, bighorn sheep, leopard, and lion, so he must like killing a lot.

As I have said in my page about Why No Guns, I’m not anti hunting. If you are killing an animal to put meat on the table for your family and stock up the freezer for the winter, I wish you good tracking and a clean shot. I know that hunters respect the animals they shoot, whether with bow or gun, and pay license fees that help to conserve the animal population. They often believe in using the whole animal and appreciate the creature that sacrificed its life so that they might eat.

Trophy hunters are, in my book, the exact opposite. They kill for sport, for the thrill of it, and go after animals they can’t or won’t eat. They take heads and skins, sometimes antlers, tails and hooves, and leave the rest of the beast for the scavengers. Trophy hunters don’t respect the animals they “take” (a euphemism for kill) or they wouldn’t kill them unnecessarily. And Walter J. Palmer, who prided himself on his skills as a great hunter, made a really bad shot that caused Cecil two days of pain and suffering before finally murdering the lion. How is this sporting? How is it courageous? Is there a real hunter who would stand up and defend such despicable behavior?

Not the First Offense

And—this is the kicker—it’s not the first time Dr. Palmer has gotten into trouble for hunting outside the rules. In 2003 he was convicted of fishing without a license in Minnesota. In 2006 he killed a black bear 40 miles outside a permitted zone in northern Wisconsin. Then he and his friends took the carcass to a registration station where they lied about where they had killed the bear. Dr. Palmer was fined $3.000 and given a year’s probation for the offense. 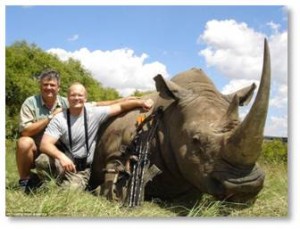 He may have considered that penalty just a cost of doing his dirty business. After all, if you’re willing to pay over $50,000 to African guides, you’ve got money to throw around. And if you’re not too concerned about inconveniences like rules, regulations, fishing licenses, hunting permits and national park boundaries, then the world is your game park.

Fortunately, the consequences of killing Cecil are likely to be a lot more severe for Dr. Palmer and his two hunting guides. Theo Bronchorst and Honest Tryvore Ndlovu have been arrested and charged with killing the lion illegally, also known as poaching. Dr. Palmer is in seclusion and ducking the consequences of his actions. He issued a statement saying that he had trusted his guides and depended on them to do things legally.

I think he should be extradited to Zimbabwe to face the legal consequences of poaching a lion out of a National Park, an act that will probably also result in the death of all the cubs in Cecil’s pride. That’s what the next strongest male lion typically does when he takes over a pride that has lost its leader. The penalty is up to 15 years in a Zimbabwean prison.

In the meantime you can sign a petition demanding justice for Cecil the lion and support The Wildlife Conservation Unit at wildcru.org.