Every once in a while something comes up in the news that modifies, conflicts with or confirms something I’ve written in a previous post. That has happened just recently so here is an update.

When last month I compared—indirectly—our  current President and King Henry VIII of England and later talked about Steve Bannon as the Shadow President, I didn’t know that in November Mr. Bannon himself had done the same thing.

In an interview with The Hollywood Reporter Mr. Bannon said, “I am Thomas Cromwell in the court of the Tudors.” 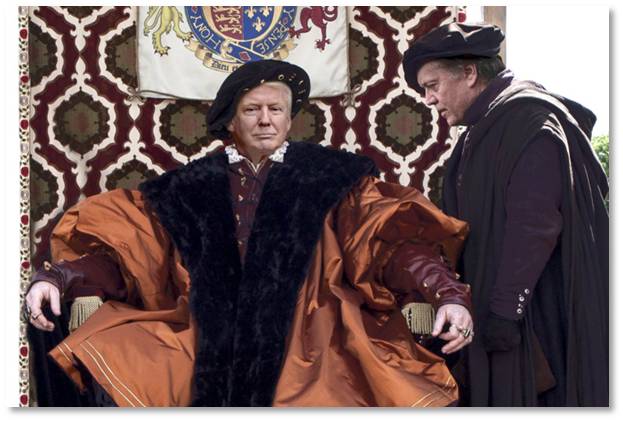 History buffs will sit up and take note of this comparison but it’s important to all of us. Ed Kilgore in New York magazine, calls Cromwell, “both the architect and the victim of royal power.” He quotes Diarmaid MacCullough, historian of the Tudor Reformation:

“The analogy — if it’s going to work — is that Bannon has his own agenda, which he will try to use Trump for, and will try to exploit the power that Trump has given him, without his master always noticing.”

You should pay attention to this whether you think Cromwell was:

Thomas Cromwell was an agent of change. He not only abetted Henry’s changes, he devised some of his own and proposed them to the king. His power lasted until King Henry, who never apologized and wielded his divine authority to double down on friend and foe alike, turned on his trusted advisor for undermining his royal authority.

In my opinion, however, there’s a big difference between the two men. I think Cromwell didn’t care about the pain and suffering he inflicted on nobles and paupers, rebels and loyal supporters, enemies and friends. He had a king to serve, a job to do, and a mission that motivated him.

A common man and a pragmatist, he did what he needed to do. As a result, he rose high in the court of Henry VIII, profited from his loyalty and hard work, then fell to the machinations of his enemies..

On the other hand, I think Mr. Bannon relishes the chaos, turmoil, pain and suffering he creates because they indicate the extent of his power. He comes from a working-class family and not the old guard of American aristocracy.He lived in Richmond, Virginia but was not FFV. He graduated from Virginia Tech and the Georgetown University School of Foreign Service, not prep school and Ivy League university. 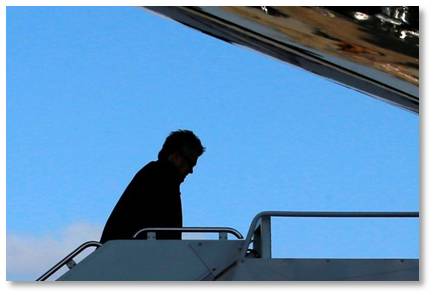 An ideologue, the Shadow President has a goal and a mission that involves throwing a monkey wrench into the workings of the federal government. Before he’s done he may well wreak the kinds of changes to the United States that Cromwell brought to England and the Catholic Church. Whether those changes will be good or bad will be a matter of opinion. Ironically, Steve Bannon is a Catholic.

While it’s unlikely that Steve Bannon will follow Thomas Cromwell to the headsman’s block, the Shadow President may well overreach and earn the enmity of the Republican Party and the Conservative money men behind the party. Then he’ll be discredited and banished from the gilded halls of Presidential power.

One more thing. I learned that, between them, President Trump and Mr. Bannon have had six wives–the total racked up by Henry VIII. Fortunately, these modern women have all kept their heads.