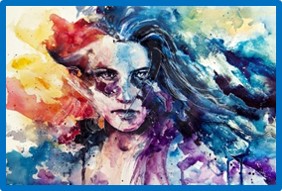 Spring arrived last month but nobody told winter, so it’s still here. Friday it snowed, and temperatures remain cold enough for gloves. I should be seeing signs of spring in the yard, but nothing has shown itself except the chives.

We are in the process of selling our home, but the weather has prevented outdoor work, which has delayed our real estate listing. Forced to remain indoors; we have undertaken the enormous task of downsizing almost everything we own. It’s a bittersweet process as each item recalls wonderful memories.

This week I am working Punta Cana, and it’s 84 degrees. Job perks. Right now, I am on the plane with uninterrupted hours to think, write and share what’s been on my mind in April 2018. It’s mostly good.

The Year of the Dog

Welcome to the Year of the Dog—the first in twelve years. The Chinese New Year follows the lunar calendar and 2018 is also an Earth year, which comes around once every 60 years. 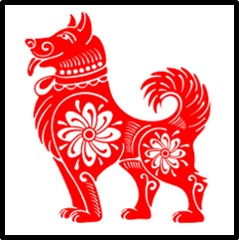 Earth energy is about getting grounded, creating security, and finding your balance.  Earth energy is slow moving, designed to help you focus and move forward in a mindful way. We need this.

In Chinese Astrology, the year of the Dog is associated with finding equilibrium and personal organization. You may feel compelled to act, to change, and to make improvements, but on the other hand you may feel the need to rest, reflect and look within. Do both.

If you were born under the sign of the dog, your most notable trait is loyalty. You are honest, easygoing, and helpful; you are less likely to be tempted by money and power.  You want to make the world a better place. May it be so.

Another Day, Another Shooting

Except this time, it was different. The students at Marjory Stoneman-Douglas High School stood up, walked out and said ENOUGH. They were the force behind the March for our Lives and this is what it looked like.

These kids, and we must never forget that is what they are, have grown up much too quickly. Is this what and who it will take to be the change?

Student Emma Gonzalez  shared her thoughts on what it means to be an architect of change in an Op Ed piece in Teen Vogue’s gun control issue. This girl has game.

Student David Hogg participated in a Twitter smack down with Fox News host Laura Ingram after she dissed him on her show. He retaliated by calling on sponsors to boycott the program and both sides came under fire for “bullying.”  Since the sponsors bailed, we need to rethink how we use social media and reflect on the power of words.

New Worlds in the Dictionary as of April 2018

When words get big enough, the dictionary weighs in. Merriam-Webster (based in my home state of Massachusetts) added 850 new ones. So, what makes a word or phrase MW worthy? “If a word is frequently used enough by some people, it has to be placed into a reference for all people,” says Merriam-Webster editor-at-large Peter Sokolowski.

Among the more notable additions:

Not Your Kid’s Birthday Piñata

Every wonder how a Mexican piñata gets made? Well neither did I, and then I read this article. Romana Zacarías is the woman behind a business that designs and creates beautiful handcrafted piñatas.

The tradition of breaking the brightly colored piñatas filled with sweets dates to the Spanish conquest of the Aztec Empire in the 1500s. If you thought they were just for kids’ birthday parties, think again. 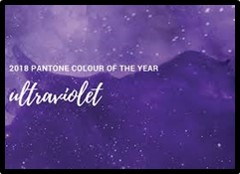 Pantone stepped out of its color comfort zone and named PANTONE 18-3838 Ultra Violet as 2018’s color or the year. Love.

The winter blues have extended to my wardrobe. I need to get ready for spring and this is a great way to jump start the process if you’re in the mood for a closet clean out.

The persistent cold in New England keeps me in comfort-food mode. I have been unable to make the transition to lighter fare but I’m heading in the right direction. One of my favorite food bloggers, Joy the Baker, offers up a  baked lemon and spinach risotto to make it easier.

If you’re a fan of time travel and the supernatural, The Memory Thief by Emily Colin  is a great read. Aidan James is a mountain climber, and the book begins with an Alaskan avalanche that takes his life. Before he leaves, he promises his wife Madeline he will return. When Aidan’s spirt takes over the body of Nicholas, a comatose motorcycle accident victim, he wakes up with no memory of who he was before the accident.  The story is told by Madeline, Aidan, and Nicholas.

The Darkest Hour: Command performance by Gary Oldman. Slightly inaccurate historically—Winston Churchill was not a man of the people–but I really enjoyed the movie.

A Wrinkle in Time is one of my all-time favorite childhood books, the first of what became a quintet of “science fantasies” written by Madeline L’Engle. The much-anticipated movie adaptation is the story of the first books. Uniquely gifted Meg Murry, her brother Charles Wallace, and their friend Calvin set out to find Meg’s missing father and save the world from interplanetary evil by shortening—aka wrinkling—time travel.

I loved these books so much I chose not to see the movie when it received (really) bad reviews. I was afraid it would forever ruin the beloved story of my childhood. No regrets.

The ladies have it!  Great new voices getting noticed.