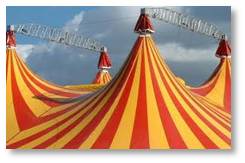 Having reached the middle of August, I decided to check back and review Hollywood’s summer “tentpole” movies. We already know that many of them have been critical disasters but sometimes bad movies make a lot of money. As P.T. Barnum once said, “Nobody ever lost a dollar by underestimating the taste of the American public.”

To be clear, a tentpole movie is one that has a big production budget, typically $100 million or more, usually has bankable A-list stars, gets an enormous marketing budget, and is expected to be a blockbuster at the box office. The strategy is that tentpole movies will boost profits that give the studios freedom to make smaller, less profitable movies.

This year the strategy has not been successful, to say the least. 2013 is being called the “summer of doom” as US box office takings plummet by 19% on the same period last year. The winners and losers are clear to see in the following chart, which shows how well the tentpole movies have held up the big-top of studio profits.  And don’t forget that the delta between the red bar (expense) and the green bar (grosses) doesn’t equate to profits. That amount also has to cover payments to theaters and the cost of a marketing campaign.

Many people are attempting to explain this situation. Screenrant offers “Five Reasons Summer Blockbuster Movies are Failing at the Box Office.” More reasons for Hollywood’s summer of doom follow.

1) 3D Burnout—Too many movies either made in 3D or upgraded to 3D just to raise the ticket price. Tickets are already too expensive, particularly in an economy that has still not regained strength. So moviegoers get selective about which films they want to shell out extra bucks to see through cardboard glasses darkly.

2) Too Many Sequels—Studios love sequels because they see them as guaranteed successes. After all, if you loved Fast & Furious 1, 2, 3, 4 and 5, you’ll love number 6, too. These “franchises” provides a fan base that’s already sold on seeing the movie either before—or in spite of—the reviews. Not to mention the highly profitable merchandising tie-ins. Sometimes this works. Sometimes it works until it doesn’t. Where Hollywood sees franchises, customers see repetition and start hungering for originality.

3) Absurdly High Production Budgets—This is a another case of wishful thinking trumping common sense. There’s a simple reason why bigger budgets don’t always make for bigger profits: the higher the budget, the more money the movie has to make just to break even.

4) More Eye Candy Than Story—The art that used to be called special effects has morphed into the science of computer-generated imagery (CGI) and it has gobbled up the production budgets for tentpole movies. CGI is expensive to create so it’s a good way to spend those inflated production budgets. But unless it serves the story well, more is not always better. 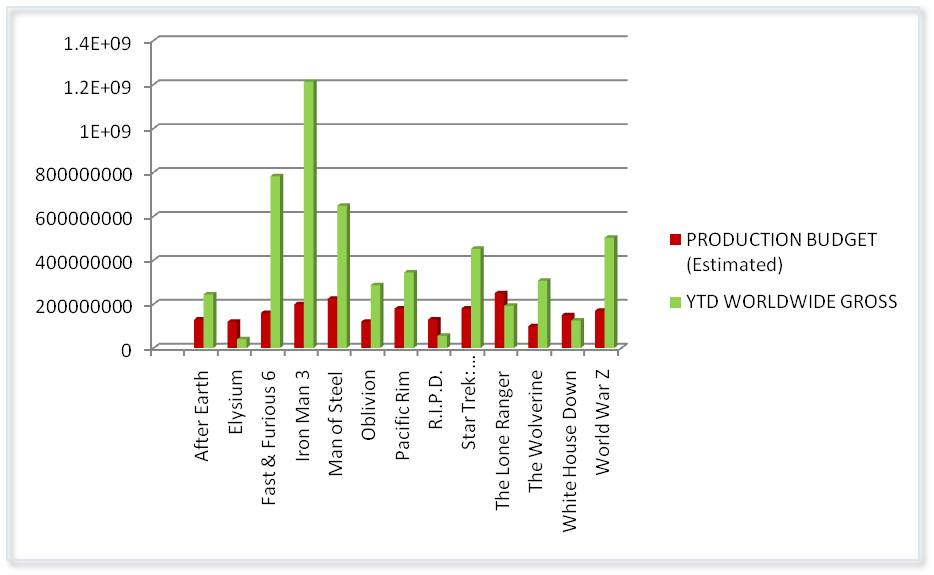 5) Too Many Summer Blockbusters—With studios cramming all their big movies into two seasons, summer and the Christmas holidays, the competition for big opening weekends is fierce in those timeframes. (The rest of the year fades into the doldrums, when Hollywood scrapes the bottom of the barrel for new releases.) How many movies can people see in a weekend? How many can moviegoers afford to attend? Can family budgets stretch to include parents taking the kids to an animated film in the afternoon and an R-rated movie at night? When you match this glut of releases with studio obsession over opening weekend grosses, this summer looks like a NASCAR pileup.

6) Reader Rob247 suggests an excellent reason Number 6: Comic-book movies that kids can’t see. Graphic violence (and too much of it), bad language, sexual innuendo, etc. add up to (1) ratings that exclude kids or (2) movies that responsible parents won’t let their children see. This makes as much sense as an R-rated remake of Finding Nemo.

Other sources from Philippe Dauman of Viacom and Pamela McClintock of The Hollywood Reporter to Peter Bart of The Wall Street Journal have weighed in on the issue, mostly blaming the number of big tent-pole movies released this summer as the problem. I would like to offer a couple of other reasons:

7) Too Many Bad Movies—This summer’s films received such awful reviews from the critics, reinforced by word of mouth comments and viewer ratings on sites like Rotten Tomatoes, that people have stayed away from the theaters. After all, if you’re going to pay a lot of money for movie tickets, you want to see a good movie. Big directorial egos, big budgets, and big CGI, don’t make for good movies, especially when you combine them with bad stories, bad scripts, bad plots, bad logic and bad structure.

8) Aiming at the Wrong Audience—Hollywood targets its summer movies at adolescent and young adult males, whom they perceive as going to the theater often, sometimes seeing the same movie several times. This summer’s fanboy flops have done nothing to disabuse them of this failed strategy. Worse, the young male is a fickle audience with little loyalty to the movies, much less to a particular star, director or franchise.

Why is it that experts have so much trouble figuring this out? Could it be:

In her article “Death of the Tentpole Film,” Jill Kennedy of OnMedia says that, “It’s time for Hollywood to take more risks, be more experimental, have more fun. Don’t be afraid to fail.” I’m with her on that score but is anybody in Hollywood listening? You’d never know it from Comic Con where these new movies were announced:

The CGI company execs are probably already shopping for the villa in Tuscany or the new yacht they’ll buy with the profits. I get tired just thinking about it but, then, I’ve already said that I’m burned out on superheroes. What started out as a clever and fun addition to the offerings at the Cineplex has turned into a Hollywood addiction and a boring wave of sameness for viewers. When will it stop? When we call a halt by staying home. Whenever that is.