I have spent some time thinking about the comment Susanne made on my post about “Do Bad Interviews Mean Bad Companies?” I’m glad the Israeli management at her firm enjoyed the story but I’m afraid they might have missed the point.

Back in 2013 I wrote a post on sensitivity to cultural differences and how it often doesn’t work both ways. In my experience, Europeans who castigate Americans for bringing our direct behaviors and speech over to their patch will bring their own culture to America and think nothing of it. 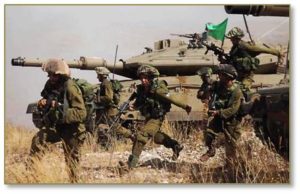 Israelis behave even more directly and intensely than Americans. I understand that growing up in a country that is under constant existential threat from declared enemies will have an effect on the culture.

You can’t, after all, act with sensitivity and political correctness when rockets are raining down on your towns and sneak assassins blow themselves up in your restaurants along with everyone around them. Likewise serving in the military, as every non-Orthodox, able-bodied adult must do, teaches lessons about giving and obeying direct orders that men and women who are not required to serve never learn.

Don’t Let Me Be Misunderstood

So I understand why Israelis behave the way they do. My point is that bringing that culture to a different country just might result in their being misunderstood at best and disliked or avoided at worst. Those cultural differences might also get in the way of their ability to achieve what they want.

Directness can be construed as insult by introverts and insult rarely makes for good relations. People who can’t handle an in-your-face approach will run for the hills when you walk by or leave the company entirely. My interview with the Israeli VP resulted in me wanting nothing to do with the CEO or his company. Even had I been the best candidate for the job, he lost me at the interview stage. Perhaps that happened with others or with potential investors or the best vendors. So the question becomes whether learned behavior interferes with the goals that you have set or what you want to accomplish.

That particular interview happened when I had little experience dealing with Israelis and had not yet begun to think of them as just New Yorkers on steroids. Let me explain what I mean by that with another story: 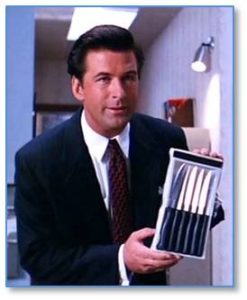 “Second prize is a set of steak knives.”

Back after the dot com bubble burst I worked a part-time gig at a financial services firm during a hiatus between jobs. We were given a simple task: call stockholders and ask them to vote their proxies before a company’s annual meeting. It was a call center but not a boiler room. We staffed the phones but were not selling anything. No one got the steak knives.

Every night we called a different part of the country and our favorite location was the Midwest. The people who live in what bi-coastal types dismiss as “fly-over country” were unfailingly polite and kind. As long as we didn’t call on Wednesday night at 8 p.m., they would talk to us, joke with us and promise to do what we were asking them.

The West Coast calls went a little differently. Often Mama or Grandma would pick up the phone and tell is in a Spanish (Southern California) or Japanese (San Francisco) accent that they didn’t speak any English and then hang up. We would roll our eyes because we knew perfectly well that they did. Otherwise they wouldn’t have picked up the phone. Nevertheless, the calls usually went well when we reached the contact. 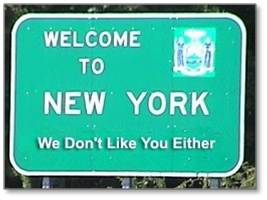 We all hated calling New York. People there would actually pick up the phone and bark, “Whadda ya want?” by way of greeting. Those conversations—when we succeeded in having one—began abrasively and usually abruptly. Sometimes they hung up on us in mid sentence.

None of the callers wanted to deal with New Yorkers and we groaned when that was the assigned location for the night. Having lived in New York City for three years, I found the rudeness familiar but it was still a surprise to have another American, another human being, deal so boorishly with someone who was just doing her job.

My Point – And I Do Have One

So my point is that people who go to live in another country—or even another part of the same big country—should be aware of how others react to them. You may find it funny when others react with shock, distaste, or aversion to your learned cultural behaviors but those reactions can get in your way and prevent you from accomplishing what you want to do. Think about it.