Lately it seems that one American role model after another has been knocked down. The icons of our youth, the people in whom we believed, the guardians of our safety, have displayed not only feet of clay but contempt, ineptitude, and outright criminality. Consider these four cases:

Police officers then and now

This may be the season of comfort and joy, the time of year when we gather as families, the magical time when everything seems possible. But the morning news shows seem to be beating us over the head with one betrayal after another. The bad news is not about a world crisis—those are always with us—but about ourselves.

Who do we trust when no one seems trustworthy? Where does safety lie when the biggest threat comes from officers of the law? How can we send our daughters off to college when their classmates may violate them without fear of retribution? Are we willing to let an entertainer skate past the law because we like him but we don’t know his victim? 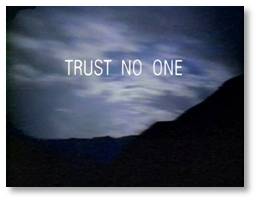 This is not the kind of food for thought that we want to be digesting in the Christmas season. Yet here we are. And what lessons do we learn from recent events? The inevitable conclusion would be: Trust No One. Like Fox Mulder, we must teach our children that they don’t live in Norman Rockwell’s America. No one is worthy of their trust and they should be on their guard at all times.  This may be true for everyone but it is most important for girls.

Was America always like this but we just didn’t know it? Was Norman Rockwell’s America a fiction? That may be the case. Smart phones have replaced allegations of misconduct with photographs and videos. It’s harder to deny police brutality when the beating is right there on tape. Rape kits and DNA provide solid evidence to replace the old “he said / she said,” with what she said often being disregarded. Social media provides an open forum in which victims can speak on their own without being silenced by a news media in denial or a school administration in full defensive mode.

Where do we go from here? I hope it’s up—to better behavior, more accountability, changes in procedures and policies, a greater maturity and a willingness to own up to misdeeds. Should we become better people living in a better country because of these revelations, well, that would be a real Christmas miracle.