The news, both print and broadcast, has been making a big deal lately over David Letterman’s retirement from his career as a late-night television host. But why? 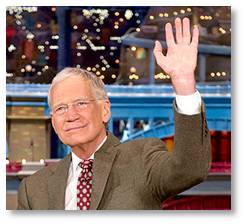 OK, lots of people have watched David Letterman over the 33 years during which he worked for NBC and CBS. They have welcomed him into their homes and sat up with him into the wee hours. I get that.  While they may feel that they know him, however, David Letterman wasn’t really there. He was on the other side of a screen behind a desk interviewing people they will also never meet. Their connection with this man exists only in their minds.

Will his fans miss him? I’m sure they will. But why is his retirement such big news? Back in the day when the evening news reported real news, this would not have merited more than a few seconds. On the Huntley / Brinkley report, Either Brinkley or Huntley would have noted that today was his last day and then said something like, “We’ll miss you, Dave, and good luck with the rest of your life.” End of story.

At the risk of sounding grumpy, I think the news programs, magazines, newspapers and websites should be dealing with issues and concerns of far greater import for the country than this piece of entertainment industry trivia. Just think of all the questions that might rightfully concern us:

And that’s just a small sample of things we could and probably should be talking about. Instead the news media are fixated on the retirement of a very wealthy man whom most Americans do not know and will never meet. 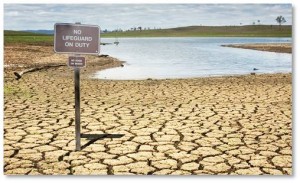 Let’s look at this story another way. David Letterman is an entertainer—a comedian and an interviewer. He has never and will never find the cure for cancer, figure out how to protect the U.S. from an EMP attack, negotiate a Middle-East peace process, end world hunger, create rain in California, develop a handgun that children can’t fire, lead the fight against ISIS, or even decide whether to move the point-after kickoff from the two-yard line to the 15. In the greater scheme of world events, his retirement generates less than a ripple.

So why are the news media fixated on this story to the exclusion of many of the others listed above? Here’s my four-part explanation:

In other words, “Look over here and pay no attention to that man behind the curtain.”

So I’m looking forward to this story going away as David Letterman rides into the sunset. I know it will be replaced by yet another piece of celebrity nonsense and the news media will jump on it just as eagerly as they did this one. As showman P.T. Barnum once said, “No one ever lost a dollar by underestimating the taste of the American public.” And the news media, both print and broadcast, are in the business of making as many dollars as they can.

I just wish the American public wasn’t so eager to be diverted from the real news or so willing to accept what they’re told. Being amused is more fun than thinking, though, so I’m not encouraged.

In the meantime, Good-bye, David, Good-bye.