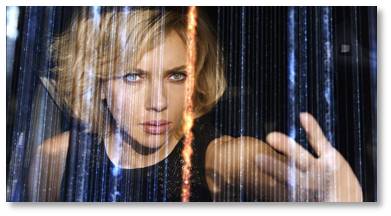 Hollywood seems to have a love/hate relationship with intelligence. On the one hand, they make a lot of money on movies about dumb, ignorant, or socially inept people doing and saying stupid things.

On the other hand, they are fascinated by the idea of super intelligent people and the impact they would have on society. We’re all familiar with the steady stream of stupid movies about stupid people—Tammy being the latest entry—but at regular intervals we also get a look at Hollywood’s concept of people who are smarter than the average bear. It’s often not a pretty picture.

The Myth of 10 Percent

Many of these films are based on the fallacious premise that human beings only use 10% of our brains. Sam McDougle debunked the 10% myth in The Atlantic last week, saying, “The 10 percent claim is demonstrably false on a number of levels. First, the entire brain is active all the time. The brain is an organ. Its living neurons, and the cells that support them, are always doing something.”  Then @smickdougle adds, “Certain regions of the brain are more specialized than others to deal with certain tasks, and most behavior depends on tight temporal coordination between those regions. Your visual system helps you locate that pint of beer, and your motor system gets your hand around it. The idea that swaths of the brain are stagnant pudding while one section does all the work is silly. The brain is a complex, constantly multi-tasking network of tissue.”

And Jane C. Hu does a fine job of explanation in her Slate article “How to Use More Than 10% of Your Brain.” She says, “Unless you have a traumatic brain injury or other neurological disorder, you already have access to 100 percent of your brain! Your brain is available all the time, even when you’re sleeping. Even the most basic functions of your brain use more than 10 percent—your hindbrain and cerebellum, which control automatic bodily functions like breathing and balance, make up 12 percent of your brain, and you definitely need those just to stay alive.”

Alrighty then. It’s a relief to know that we aren’t carrying stagnant pudding around inside our skulls or just employing a sliver of our potential intelligence while the latent remainder sloshes around untapped. Still, though, it’s fun to think of what we could do if we were smarter, isn’t it? 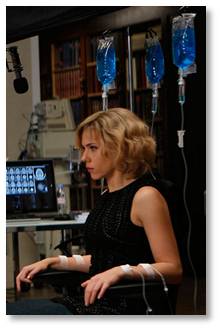 In the case of the latest entry in this genre, the answer is not so much. The Lucy movie is a film about a woman who, forced to become a drug mule, is contaminated by the drug and gains super intelligence as a result. What does she do with all this extra brainpower? Does she bring peace to the world?  Discover the cure for cancer? Stop global warming?  Invent a new, cheap and clean energy source? Find a way to feed the world’s people?  Nope, none of those. Basically, she turns into a sociopath.

Now, given what happens to bring her to this point, it’s understandable that she would be angry with the people who treated her so badly. One would hope, however, that a super-intelligent person would be able to rise above violence and revenge. One would be wrong. This is a Luc Besson film, after all, and M. Besson’s films run on violence and revenge. And car chases. And guns.

As soon as the drug kicks in and Lucy’s IQ begins to increase, she turns into a person who:

Those are five of the characteristics of a sociopath. Does this make her a more interesting character? Not at all. It’s very difficult to like or care about Lucy as she caroms around Taiwan and Paris like a sexy Terminator, leaving a bloody swath of destruction in her wake. It’s not impossible to be fascinated by a sociopath, though. Matt Damon and Director Anthony Minghella, for example, gave us The Talented Mr. Ripley, a character who is both repulsive in his amorality and totally engaging to watch.

Now, I’m not going to get into the flawed science of Lucy, which goes way beyond the myth of the 10% brain to include things like the age of planet Earth.  Morgan Freeman’s Professor Norman pontificates to an audience on what would happen if we could unlock all those supposedly unused little grey cells. But how does he know any of that?  No one in the history of mankind has achieved the level of intelligence that would allow us to understand the effects of super smarts, much less to define them by level of brain function. (Is this the same man  who hosts Through the Wormhole on the Science Channel?  Really?) 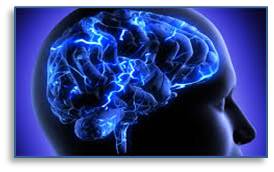 A better movie about super intelligence was 2011’s Limitless, in which Bradley Cooper takes an illegal drug that supercharges his brain. I particularly liked the timing on that one because it came out a few months before Rise of the Planet of the Apes and the two movies formed a kind of double feature. “Rise” might have shown how the drug was developed before Mr. Cooper was able to dose himself in Limitless. Films about enhanced intelligence go all the way back to 1968 with Charly, the movie made from Daniel Keyes’s Nebula Award-winning novel Flowers for Algernon. In that one, Cliff Robertson plays a mentally handicapped man who is given an experimental drug that turns him into a genius.

Regardless of how the drugs get into the person, however, the results never seem to be good, either for the individual or for humanity, which demonstrates Hollywood’s IQ ambivalence. As the saying goes: If the only tool you have is a hammer then every problem is a nail.

For M. Besson, violence and car chases are the hammer he uses to create dramatic tension. Despite Lucy’s post-genius intelligence, she still solves a number of problems with a gun — which she shoots like an experienced marksman. For Neil Burger, director of Limitless, the problem was striving for power and money. Just once I’d like to see super intelligence used for the benefit of humanity or planet Earth. That would be a great use of those amped–up little grey cells. 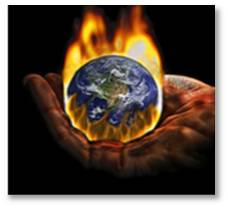 Scary Drug Lord Mr. Jang wants to sell this drug on the black market and I wondered why Lucy didn’t let him do just that. Count me in. I want to get my hands on one of those pouches of blue crystals so I can disseminate them to needy folks. After all, if it increases intelligence exponentially, why not spread it around?

Planet Earth could sure use a good dose of more smarts. We could start by spiking supplies of crystal meth: that should make tweakers bright enough to at least stop using drugs. Then we could spread it around the Ukraine and the Middle East to get combatants there to see the futility of war. After that comes African dictators followed by Hollywood executives—let’s make them smarter, too. And I won’t even start on the candidates for November’s mid-term elections.

Maybe if we could make the people who make movies like this one a little brighter, they would produce better movies — films with real science instead of stuff they just make up. Those movies would be worth the ticket price. Lucy, not so much.