So, here we go again.

Yet another powerful man stands accused of sexual harassment, abusing women in a variety of intimidating and deeply creepy ways. Yet again he loses his reputation and his job. With it goes the power that enabled him to threaten, blackmail, extort and bully women, some of them quite young, to provide him with the sexual services his perverted mind demanded. His brother tells us that he has no remorse.

And, yet again, the man involved is no woman’s idea of a dream lover.

I think it’s fair to say that Harvey Weinstein would never grace the cover of People magazine’s, Sexiest Man Alive issue. Those of us fortunate enough to have never met the man look at pictures of this overfed, overweight, over-indulged and under-exercised example of male privilege and give a collective, “Ewww!”

Note: I put no pictures of Harvey Weinstein — or any other abuser– in this blog post. 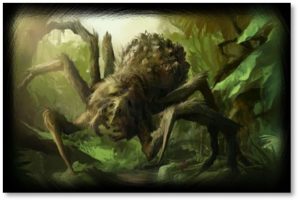 I picture him as a big, fat hairy spider in a white terrycloth robe, waiting for one of his minions to deliver whatever young woman has caught his interest. That his chosen victims reacted almost universally with disgust, terror, ad revulsion bothered him not at all.

Once in Harvey’s sticky-fingered web, they were his and he did not worry about whether they liked him, were willing, or wanted to vomit. Their humiliation and powerlessness added savor to the exercise.

When it comes to sexual harassment of women, 2017 has been a bumper year. So far, Roger Ailes, Bill O’Reilly, Jamie Horowitz, Francisco Cortes, and Eric Bolling have all been fired from one place, Fox News, for their offensive behavior towards women both on and off the air. Former U.S. Representative Anthony Weiner took a 21-month prison sentence for sexting an underage girl. He has also lost his job, his wife and his family.

Sexual harassment cases have forced the ouster of Uber CEO Travis Kalanick and a number of venture capital CEOs. The ever-popular Bill Cosby case drags on and on. The U.S. Congress continues to be a hotbed (pun intended) of men entrusted with governing the country but who pay more attention to personal indulgence than legislation.

All of these case have one thing in common. It’s not race, religion, age, industry, or geographic location. They are all men with power over a woman’s job, livelihood, ability to support a family, or have a career. And they think that gives them an ongoing corporate droit du seigneur.

And now the backlash begins.

Claire Cain Miller documents in her New York Times article, “Unintended Consequences of Sexual Harassment Scandals” that fearful men on Wall Street and in Silicon Valley have begun avoiding closed-door or one-on-one meetings with women. Executives with big titles, corner offices, hefty paychecks and corporate legal support now claim that they are afraid to meet with women because they may be accused unjustly.

They have begun minding their words. On the whole, I think minding what they say and do are good steps. The risk, as Ms. Miller points out, is that women will lose out on the kinds of professional relationships and opportunities that help to build a career.

10 Rules and the Rock Test

Should you be a man confused about what’s right and what’s wrong in the workplace, I once again offer my 10 Rules for Avoiding Sexual Harassment. 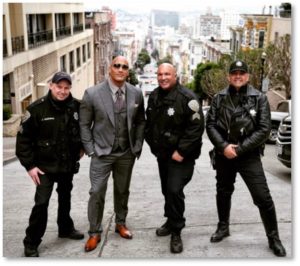 If those common-sense measures don’t work for you, try the Rock Test (approved by Dwayne Johnson) for determining what you should and should not do.

The hashtag #MeToo floods Twitter with women who are attempting to show men the extent of sexual harassment. This has generated a counter-hashtag of men who feel threatened by all the comments. Some people point out that men are harassed and assaulted, too, particularly in prisons and the military. Any time women stand up and say, “This is our issue and we need you to pay attention because you are the problem,” the predictable response is to negate the impact by putting men into the story and insisting they get their fair share of sympathy.

To which I say, “Ladies first.”

Men are not the victims of sexual harassment. Men are the perpetrators. But instead of accepting that they have a problem with abuse of power and control of their sexuality, they’re coming forward to defend one another. Woody Allen, accused pedophile, claims he never heard anything “serious” about Harvey Weinstein and that he’s “sad” Harvey’s life is “messed up.” How about feeling sad for all the women whose lives were affected? Also, he thinks that men shouldn’t have to worry about calling a lawyer before they wink at a woman. How about they don’t wink at all?

Ben Affleck, admitted adulterer and brother of skeezy serial abuser Casey Affleck, steps forward to defend Mr. Weinstein just as he has protected Casey over many years and accusations. Somehow this confederacy of perverts just reinforces how they unite and deny so as to silence women. 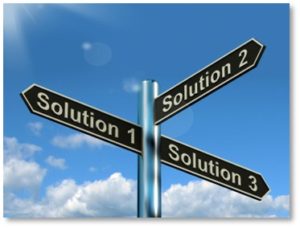 There are three potential solutions for fixing the problem of sexual harassment in the work environment.

One: Put more women in positions of power and authority. Women aren’t perfect—and there’s always an exception to prove the rule—but we just have a better track record when it comes to keeping our clothes on in a business environment. Also, we grasp how to separate our personal and professional lives. Corporate boards take note – you’ll have fewer legal problems with a woman at the helm.

Two: Begin charging the minions who pimp themselves out to provide the abuser with women as accessories before and after the fact of rape. Right now the personal assistants, staffers, and executives who saw filling “Harvey’s woman needs” as part of their job need to acknowledge their part in it. And they need to feel some of the pain.

Three: Make companies fully understand the consequences of protecting and enabling men like Harvey Weinstein. When stock prices drop and people stop going to see their movies or buying their company’s products and services, it makes a difference. I haven’t seen a Woody Allen movie in many years and don’t plan to. I would boycott any company with a serial abuser as CEO and urge other women to do the same. I don’t watch Fox News and I certainly didn’t vote for Donald Trump, the Abuser-in-Chief..

We need to see personal, corporate, and financial consequences applied when men behave badly. When men commit crimes. When men ruin women’s lives for their own sick gratification. We need tough consequences. Then, maybe we’ll begin to see some change.