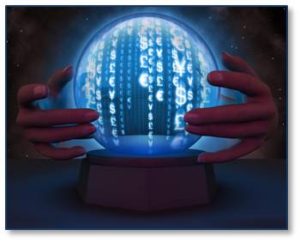 My posts on robotics and automation have generated a variety of comments, including a request from one reader that I give it a rest. Somehow, that feels like copping out. Why this sudden surge? Why now? Who will profit? Who will lose? How will it impact the economy? In the long run, is this good news or bad news?

My crystal ball doesn’t always show clear pictures so I don’t have solid answers for these questions. The best I or anyone else can do is speculate on the possible ramifications of the robot army. So I offer these thoughts for contemplation—or argument.

Why the Surge in Robotics?

As I pointed out in a previous post, many robotic innovations are coming from Japan as a result of its demographic meltdown and cultural norms. An extremely low birth rate over decades has resulted in an aging workforce with too few young people to replace retiring workers as well as to care for the growing numbers of elderly. Culturally, Japan does not welcome foreign workers to fill the gaps as so many other countries do. As a result, they prefer mechanical replacements and are developing them almost by the day. If these robotic workers stayed within the borders of Japan, that would probably work out fine. Like a genie freed from its bottle, however, they are spreading to other nations and economies. The results? Let’s keep thinking.

Why So Many Robotic Innovations Now?

If demographics and culture drive Japan’s innovation, reducing labor costs motivates the adoption of robotics by other countries, including the United States. Reducing labor costs has so far driven waves of outsourcing, offshoring, mergers, acquisitions, computerization and layoffs. 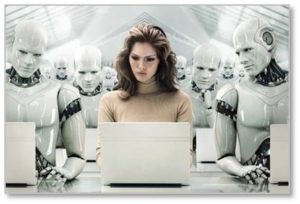 Companies find biological units to be more expensive, more emotional, less dependable, less efficient, and less predictable than machines. Being biological, we units have to do inconvenient things like eat, sleep, eliminate waste, care for homes, raise children, attend school sports, go to the doctor, etc. That means we can’t work 24 x 7 x 365 and keeping your production going on that schedule requires putting on multiple shifts—which puts three times the number of biological units on the workforce.

Robots, on the other hand, just keep chugging along. Once programmed and properly set up, they will work non-stop except for short maintenance breaks. They won’t complain about being mistreated because they have no awareness or emotions. Robots will do the same thing over and over without developing repetitive motion injuries like carpal tunnel syndrome. Mechanical workers won’t go out for smoke breaks or start work late because their car broke down. They won’t talk on the production line, rat out a manager’s misbehavior on social media, form a union or start a class-action lawsuit. Management finds this behavior ideal.

Who Will Gain from the Robot Army?

That’s easy: corporate C-level management, shareholders, the stock market, manufacturers of robots, and the companies that develop, ship, set up and maintain industrial robots. At least in the short term.

That’s also easy: any worker whose job can be performed better and cheaper by a mechanical worker. Every day that fits an increasing number of jobs and the people that perform them. We have become accustomed to industrial robots replacing employees on the manufacturing production lines, kiosks replacing workers in airports, movie theaters, banks, and—coming soon to a location near you—fast food franchises. 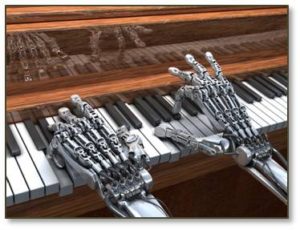 Drivers of trucks, buses, Uber/Lyft cars and taxis have begun sweating over driverless vehicles. If you don’t think a robot can do your job, just wait a while. If robots can beat a human at chess and Jeopardy, and write a song, they’re sneaking up on the kind of creative, white-collar, and intuitive jobs you probably think are immune.

How Will It Impact the Economy?

Ah, here’s the rub. One group, which includes both me and fellow-blogger David Hunt, think that the robot army will have an overall negative impact both in the short term and the long run. Another group believes that new jobs will appear to absorb the jobless hordes that suddenly find themselves unemployable. While this may be a comforting thought, I find it unlikely, at least in the beginning. The field workers sidelined by agricultural robots in Simi Valley are unlikely to find work as robotic engineers in Silicon Valley. 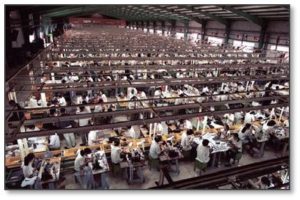 The SewBot can replace the myriad textile workers now laboring for pennies in the sweatshops of China, India, Bangladesh, Vietnam, and other countries. It could give companies the incentive to bring textile manufacturing back to the United States to reduce shipping costs and take advantage of more reliable utilities and infrastructure. On the other hand, this development would throw millions of subsistence laborers back into poverty without substantially increasing employment in this country. How many people actually work in a mechanized factory?

What Does the Robotic Future Hold?

Pessimists see hordes of destitute unemployed people with torches and pitchforks storming robotic factories and the homes of greedy industrialists. That could happen. Optimists see a utopian future in which no one has to work because machines do all the grunt labor. This also could happen, although it seems less likely. I see warehouses full of unsold goods and unneeded inventory. Because people without jobs have no money to buy the products that roll out of mechanized factories. Robot workers don’t need clothes or cars or food. They don’t use sporting goods, shoes, jewelry, furniture, appliances, or any of the goods on which our consumer economy depends.