As I said in last week’s Roundup of November 2021 posts, I look up for news that’s not outrageous, provocative, or political. Often this comes from new astronomical discoveries and events. I blog about such news because (A) I think it’s interesting and (B) I think people should know more about our solar system than the coverage provided by our news media.

Not everyone agrees with me, of course. I remember back when Comet Hale-Bopp was in the night sky. I stood outside one night to just watch for a while before going into the gym. Inside, I urged the gym manager to go take a look because it was so beautiful. “Oh,” he replied, “I hate that shit.” Each to his own.

Alignment of the Planets 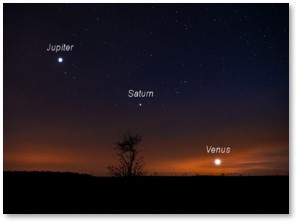 First up is this week’s alignment of the planets. Those three bright lights in the southwestern sky are Jupiter, Saturn, and Venus lining up with the Moon for a beautiful string of astronomical Christmas lights. The five-day show began on Monday, Dec. 6th, when the crescent Moon passed by Venus.

It continues through Friday, Dec. 10th, when the celestial bodies stretch themselves dramatically into a straight line. It’s like Elon Musk’s Starlink, only bigger and showier.

When you find the bright alignment, draw a line that connects the planetary dots and that will be the plane of the ecliptic—the flat disk on which all the solar system’s planets—including Earth—orbit the sun. It’s our neighborhood in the solar system, so to speak.  Sky maps and observing tips

NASA tells us that Comet Leonard, also known as C/2021, will make its closest approach to Earth on Dec. 12. EarthSky describes C/2021 A as “likely to be 2021’s best comet, and its brightest comet by year’s end.” 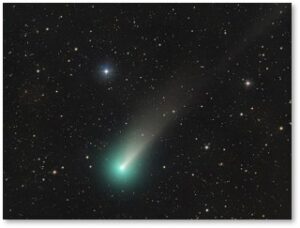 If you have a clear view of the eastern horizon, you can spot Comet Leonard in the early morning during the first two weeks of December before the sun rises. To see it, follow NASA’s directions and look between the Big Dipper’s handle and Arcturus. That shouldn’t be difficult given that Arcturus is one of the brightest stars in the night sky. I won’t be able to do this, though, because big pines block our view of the eastern horizon.

Comet Leonard will make its closest approach on December 12 and will be visible in the evening sky —right after sunset — around December 14. Use binoculars or a small telescope for best viewing.

After that, the comet will pass the sun and swing out on a hyperbolic orbit that will eject it from the solar system. It may have visited before, some 75,000 to 89,000 years ago, but we Earthlings will not see it again after this month.

In the science fiction world, from novels to The Expanse, mining asteroids is standard fare. I wrote about Asteroid 4660 Nereus last month because it will break into Earth’s orbit on Saturday, December 11. Although closer to Earth than it has been in 20 years, Nereus will cross our orbit traveling at 14,700 mph. The asteroid will then go past us at roughly 2.4 million miles away, around 10 times the distance between Earth and the moon. 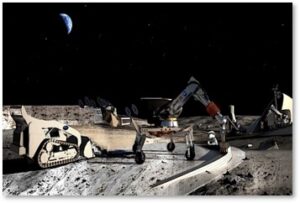 Although NASA classifies it as potentially hazardous, Nereus also offers a tempting prize for prospective space mining. Asterank, a database that monitors more than 600,000 asteroids, estimates that Nereus 4660 has nickel, iron and cobalt deposits worth a collective $4.71 billion.

While NASA won’t try mining the asteroid on this pass, it may well do so when Nereus 4660 returns on an even closer trajectory on March 2, 2031, and November 2050.  Then, on Feb. 14, 2060, Nereus may come within a scary 0.74 million miles of Earth, putting all that mineral wealth just three times the distance from Earth to the moon.

I’ll bet private contractors will get all that potential revenue before NASA does, though. As with so many other things, follow the money, even if it leads to outer space.

Should such close passes make you uneasy—as they do me—keep in mind that the world’s space agencies are working on ways to deflect potentially hazardous asteroids that pose a real threat to Earth. Up until now, however, they have all been theoretical—and theories are not much use against massive space rocks traveling at high velocities. 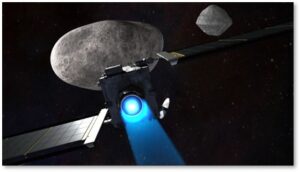 Good news: On the Wednesday before Thanksgiving, NASA launched the Double Asteroid Redirection Test Mission, or DART. It will send a 1,200-pound, refrigerator-size spacecraft around the sun. Then it will slam into a small asteroid named Dimorphos at 15,000 miles per hour next year.

I watched the video demonstration of this effort, however, and did not find it reassuring. DART looks so insignificant against that enormous mass that I found it hard to believe it could accomplish much. I could easily imagine Dimorphos shrugging it off like a horse twitches off a fly and continuing on its way.

Is anyone working on a tractor beam? Anyone? Please?

And speaking of asteroids, it seems the moon has one of its own. Who knew? 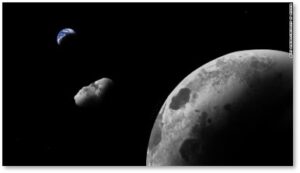 The moon and its quasi-satellite

A near-Earth asteroid named Kamo’oalewa may actually be a fragment that once broke away from the moon. Astronomers first discovered this Ferris-wheel-sized quasi-satellite in 2016 using the Panoramic Survey Telescope and Rapid Response System (Pan-STARRS) telescope in Hawaii.

A quasi-satellite is a type of near-Earth asteroid that orbits the sun but sticks close to Earth. Forget about watching Kamo`oalewa with your trusty binoculars, however. It’s about four million times fainter than the faintest star we can observe with the naked eye in the night sky. Only Earth’s largest ground-based telescopes can spot the moon’s pet rock.

Its spectrum of minerals indicates that Kamo`oalewa was once a part of the moon that broke away to form an asteroid. In case you’re wondering, Kamo’oalewa derives from a Hawaiian creation chant that alludes to an offspring traveling on its own. If you can pronounce it, you can use it when your kids come home for Christmas.

All the Astronomical News Fit to Print 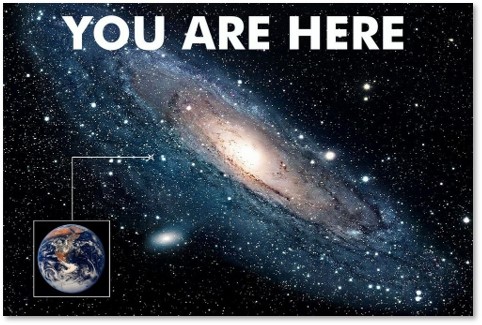 That’s it for now but there is sure to be more astronomical discoveries and interesting Sky News. The more we learn about the universe, the more we realize how little we know. This should not surprise any of us, really. We live on a tiny blue ball in one solar system on one spiral arm of a single galaxy. Each galaxy contains approximately 100 billion stars, and the universe is made up of something like 100 billion galaxies.

We have much to learn.