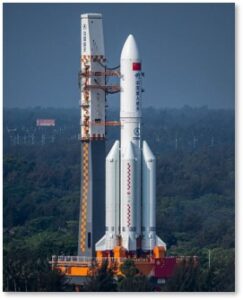 More big doings happened in the solar system recently, ranging from earth orbit to the heliopause at the edge of the solar system. As usual, these discoveries have been invisible to news media that prefer to focus on politics, disasters, and “inspirational” human-interest stories.

The media did cover the Chinese rocket that had an uncontrolled, unplanned fall back to earth because that could have been a disaster in the making. It fell in the Indian Ocean, so the only casualties were fish and marine mammals. Don’t get too comfortable though; the Chinese have 11 more such destructive missions planned to launch over the next two years.

Here’s a rundown of some of the most interesting stories about space:

If you pay attention, you know that NASA currently has a lander called Opportunity and a helicopter called Ingenuity on the surface of Mars. But the biggest news comes from orbital photos showing what appears to be the remnants of “recent” volcanic activity on the surface. I used quotation marks because the volcano may have erupted 50,000 years ago but that is considered less than the blink of an eye in geologic time. 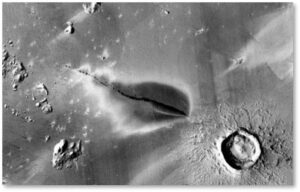 The volcanic deposit on Mars

The lava and ash deposit, about the size of Washington DC, was discovered on the Elysium Planitia site and sits atop older lava flows. It matches evidence of other eruptions found elsewhere on the Moon and Mercury. Those are older, though.

That Is NOT a UFO

People here on Earth have been reporting a fast-moving string of lights in the night sky as a UAE or UFO. Turns out, it’s neither. What they have been seeing is Starlink, a string of linked satellites recently launched by Elon Must and SpaceX.

Sorry, folks. Starlink may be pretty—I would like to see it—but no aliens were involved in its production.

Our Voyager 1 and Voyager 2 probes are now further from Earth than any human-made object has ever been . NASA launched both in 1977 to study the outer Solar System and, eventually, interstellar space. 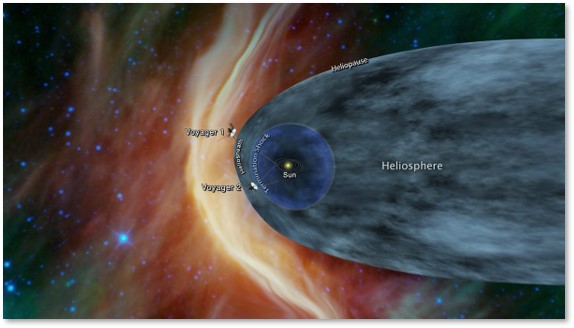 The Heliosphere with Voyager 1 and Voyager 2

Voyager 1 is now over 14 billion miles away from Earth and floats through the void between our solar system and the next. Still, it sends back data and information. Think about that. We get annoyed when we can’t get a cell signal here on earth.

Voyager 1 crossed the heliopause, or the edge of the heliosphere, in 2012. The heliopause is an enormous “bubble” of charged particles the sun blows around the solar system that is dominated by solar material and magnetic fields. We believe the effect of the sun’s solar wind on space and the celestial objects in it ends at that “boundary.” For now, this is the final frontier.

Voyager 2 is still passing through the heliosheath, or the outermost part of the heliosphere, and is also sending back data.

Both of these probes have detected an increase in galactic cosmic rays. About three months before Voyager 1 crossed the heliopause and entered interstellar space, it found a rapid increase in the levels of high-energy cosmic ray particles. 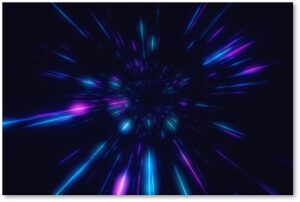 Last August, the Cosmic Ray Subsystem instrument on Voyager 2 has measured about a five percent increase in the rate of cosmic rays hitting the spacecraft compared to early August. The probe’s Low-Energy Charged Particle instrument has detected a similar increase in higher-energy cosmic rays.

What does this mean? I doubt that anyone really knows at this point. It’s all just information but, as Mr. Spock would say, “Fascinating.”

The Music of the Spheres

Composers have imagined the music of the spheres but now we know what sound the void makes. Turns out it hums. Scientists have published research in the journal Nature Astronomy analyzing the data that Voyager 1’s Plasma Wave System (PWS) sent back to Earth after it passed through the heliosphere. The PWS detected a low, unexpected emission pattering against its detector. It has been described as like a gentle rain but I imagine it sounds like a neon-sign when you stand up close. 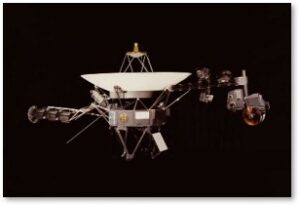 Voyager 1’s Plasma Wave System (PWS), which measures electron density, detected the hum through ripples of plasma in the interstellar medium. That’s the mixture of gas, radiation and particles that exists in the space between stars and which we have always thought of as empty vacuum.

We can’t really call it the music of the spheres, though, because it’s not an actual audio signal. Instead, the faint drone showed up as vibrations in a narrow frequency bandwidth,

There’s more news about space and the solar system—a lot more than I can summarize in one blog post. You find out more on the internet than in most news media. I’ll keep you posted on the biggest developments.

1 thought on “To the Heliopause and Beyond”