Around the turn of millennium, the top knuckle on my right pinkie swelled up and became inflamed. My life was very hectic at that point, filled with turmoil, and I did not rush right off to the doctor to find out what the problem was. Eventually the pain went away but the swelling did not and the joint seemed to have become permanently deformed. When I finally did consult a physician, he confirmed that this was the case. 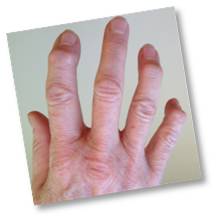 “I have some good news and some bad news,” he said. “The good news is that you have osteoarthritis, which is not a systemic disease like rheumatoid arthritis is.” I thought, Well, okay, I guess. “The bad news,” he went on, “is that there is no medication for osteoarthritis like there is for rheumatoid.” He sent me home with a prescription for working out in the pool, which I was already doing, and taking anti-inflammatory painkillers.

This seemed like a pretty feeble response to me. I knew people who were taking a lot of anti-inflammatory medications and risking their livers to stay on top of arthritis pain. I thought, There has to be a better way and I started to do some research.

Osteoarthritis: It’s In the Genes

First, osteoarthritis is hereditary. I got it from my mother who suffered a great deal of pain from it in her later years. Powerful painkillers would have helped but her doctor would not prescribe them because he was afraid she would become addicted. As if it matters whether a 70+ woman is addicted as long as it relieves her pain and makes life livable. Really.

My mom had a few pills that she saved for “special occasions” when they would be needed. Mom took one on the day of my uncle’s funeral. I remember looking across the room during the post-service get-together and seeing her talking and smiling and thinking, There she is, there’s my mom! For those few hours she was once again the mother I remembered but had not seen for years. I could be annoyed at her for this inheritance but my mother also gave me my smarts and my legs, both of which I really appreciate.

For my research, I had a weapon my mother lacked—the Internet. Through it I discovered Dr. Russell Blaylock, a board-certified neurosurgeon who became interested in the impact of nutrition on our health. The area of nutrition is either not covered in medical school at all or gets about 30 minutes on the curriculum.

Reading The Blaylock Wellness Report as well as other materials helped me to put together two lists: Foods to Eat and Foods Not to Eat. Following this simple regimen has helped me to control, if not defeat, the arthritis. Although other fingers have succumbed to the disease, by fighting arthritis with food I have been able to slow down its spread and live mostly pain-free without benefit of drugs.

Most of the substances on the Foods Not to Eat List are approved by the Food and Drug Administration. The FDA’s designation of Generally Recognized as Safe (GRAS) for food additives means that they won’t kill you—but that doesn’t mean they are good for you. Dr. Blalock calls these foods “excitotoxins” because they excite inflammation in the body. Medical research is beginning to recognize Inflammation as the cause of a great many illnesses so avoiding them can help you, even if you don’t have arthritis. Eliminating these substances from your diet certainly won’t hurt you.

Most of them reside in processed foods like canned soups, salad dressings and spice mixes for rice and beans or ramen noodles. I can tell when I have accidentally (or stupidly) ingested one of them because my hands hurt for two days afterward.

I often think that the manager of my local supermarket would tear his hair out if he followed me around the store because I often take something off the shelf, read the ingredients and then put it back again. I’m bummed because Campbell’s has discontinued their Healthy Choice line of soups and Progresso soup is filled with things on the Do Not Eat list. But there are also small successes, like when Swanson took MSG out of their broths. 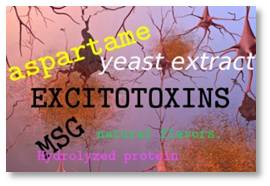 FOODS NOT TO EAT

Some experts also recommend avoiding any foods in the nightshade family—green peppers, eggplant, and tomatoes. I stopped eating eggplant and shifted mostly to red and yellow peppers. But life without tomatoes is not worth living.

I take the Foods to Eat nutrients in supplements because it’s difficult to actually eat enough of them in my diet to have an impact. I tried Dr. Blaylock’s recommendation of mixing up the powders with a healthy oil but simply couldn’t choke it down. I have limits. 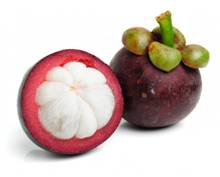 FOODS TO EAT (In alphabetical order)

You can go way beyond all these by reading more or visiting a store that sells supplements like Vitamin Shoppe or GNC. I also take other supplements like CoEnzyme Q10 to replace natural substances that the body stops producing in sufficient quantities as one ages. It’s a lot of pills every day but it keeps me strong and healthy.

Something unforeseen can present a problem, though. When I contracted Lyme Disease this summer (A Rash Decision Was the Right Thing to Do), it triggered inflammation in the pinkie on my left hand and, despite all my care, that one is now swelling and deforming.

We Boomers like to think that death is optional as long as we take good care of ourselves. Try as I might with diet, nutrition, and exercise, though, I can’t stop the aging process completely. But I’m fighting the good fight. And I see no reason to suffer pain if I can prevent it.