“When we try to pick out anything by itself we find that it is bound fast by a thousand invisible cords that cannot be broken, to everything in the universe.”  ~ John Muir

In recent years, a new branch of psychology called ecopsychology, has settled into our vocabulary. It’s the study of environmentally generated angst, a condition popularized in the1990s by American professor, historian and social critic Theodor Roszak. His writings advocated the importance of reconnecting with nature through his self-defined counter-culture movement. 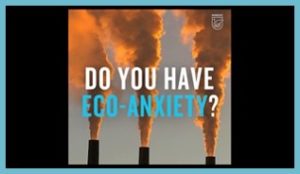 Theodore was a keen observer of social change. The idea behind his writings is that our relationship with our planet is crucial to our physical and emotional well-being. He understood the profound ecological disruption of climate change, and argued against over-fishing the oceans, destroying rain forests and allowing unchecked pollution.

Climate grief and eco anxiety are the new names for the human condition that stems from ignoring climate change and the ensuing environmental loss.

Approximately 40 million American adults, roughly 18% of the population, have an anxiety disorder, according to the Anxiety and Depression Association of America. But unlike general anxiety disorders, eco-anxiety is a more specific worry that reflects the emotional toll of ongoing environmental loss and the frustration of being unable to curb it.

This relatively new psychological condition is the chronic fear of environmental doom; the worry that increasing human development and pollution will disrupt the planet with floods, famines, heat waves, species extinctions, and ultimately, the demise of our very own eco-system and our planet. 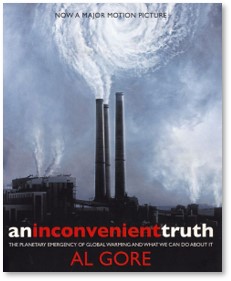 In his 2006 Oscar-winning documentary, “An Inconvenient Truth,” Vice President Al Gore warned that civilization as we know it is teetering on the brink of a global environmental disaster. His statistics were hard to ignore and he won the 2007 Nobel Peace Prize for his efforts in promoting action against climate change. Some of the more daring predictions are holding true, while some have been accelerated.

In the 12 years since the movie’s release, there is also evidence that call outs the unintended consequence of politics polarizing public opinion on climate change. The current administration’s decision to curb the federal government’s enforcement of climate regulations in favor of promising Americans jobs caused people to choose a party alignment rather than a fact-based alignment.

Voters, particularly in America, tend to align themselves with the positive and negative opinions of their political party. If they are uncertain or uninformed about political issues like climate change, they look to their party’s opinion, right or wrong, for guidance.

In that respect, the media (and the administration itself), are big contributors to eco-anxiety. They can spin the facts and exaggerate or diminish real environmental threats, causing the public to react without sufficient knowledge or interest in environmental change and its impact.

News outlets engage in official and unofficial means to sway Americans in their thinking. When a business, institution, foreign government, or American politician wants to persuade the public to embrace his or her plan, there’s no better way of accomplishing that than by using the media. With the ability to curate our own news and limit opposing views, we listen to those we agree with and ignore anyone else’s opinion.

Each week when I put out the trash I am reminded that I am part of the problem and part of the solution. Ecological problems are not new—they have been around for decades—but now they demand our attention and our actions. 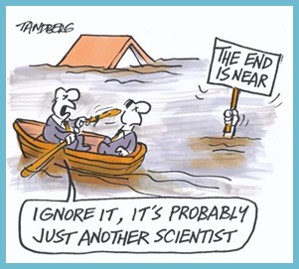 Researching eco-anxiety, I quickly realized I had it, though I did not know it had a name. I worry about the planet my children and their children will inherit if change does not happen, sometimes wondering if there will even be a planet. I believe the majority of the statistics I have researched.

If I think about it too much, I feel the helplessness and hopelessness—the eco-anxiety—of the situation. I recycle, reuse, and compost. I support restaurants and businesses that ban plastic and seek out environmental groups in my new community. I want to make a positive difference.

We can’t afford to sit this one out with the belief that someone else will fix it. Most people want to make eco-friendly changes in their lives and I see many opportunities to act at the local level. But we must think globally and create a cultural shift in how we manage and protect our natural resources.

We must work at a national level by electing representatives that are committed to the big picture. We have to move the discussion away from whether or not climate change is real—it is. The question is; how are we going to respond? 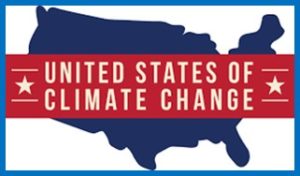 When you vote this November, chose wisely. Pick a candidate that is capable of researching and understanding climate change.  Elect an effective messenger who will point the finger at the offenders who have put us here, companies and policymakers that have paralyzed change through political agendas and cash donations.

Our core eco-system is at risk if nothing changes. We need to pull together, independent of our political alliances, to make changes as if our lives depended on it.  Because they do.

Related Post: Chill Out: The Colder Side of Global Warming