“What made you think of THAT story?” Or, “It’s a great anecdote, but you got it exactly backwards.” Have you ever said something similar to a friend or relative when you both knew the source material in question? 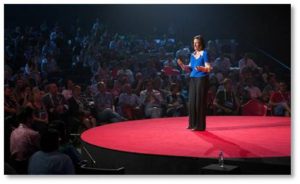 Well, according to Robert Lee Hotz, writing in today’s Wall Street Journal about the results of a study that appeared in the scholarly journal Nature, scientists are beginning to explore how the brain experiences and processes meanings and nuances of words, and then tries to communicate that meaning. This brain processing is different from trying to figure out how someone learns languages or learns to read because it focuses on meanings of words rather than the words themselves.

Using one of their favorite tools, Functional Magnetic Resonance Imaging (fMRI), the researchers hooked up volunteers to these machines, and then played TED Talks on a variety of topics to see how the subjects’ brains processed the “meaning” of each story. Many sections of their individual brains lighted up, as you might imagine. However, the brain areas that did respond seemed to be consistent among all the subjects. On the one hand, that is a remarkable outcome; on the other, it is exactly what one might expect. 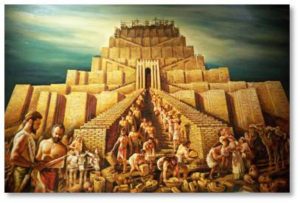 To take this example one step further, imagine that everyone on the planet experienced the same phenomenon, and then tried to tell others about what they saw, heard, felt. No two answers would be exactly the same, either factually or in the terms used to express them. Sometimes, the result would be a Tower-of-Babel rush of confusing talk. Or it could produce the great literature and music of the world. Probably, both.

For those of you who read the previous description and leaped to mind control and loss of individuality—the answer is perhaps “maybe.” Given the number of conspiracy theories out there, some people will add government mind control to the list. Personally, I gravitate towards a different explanation. It is based on my own experiences as a traveler and someone who likes to meet and get to know new people. Let me know what you think of the following:

Next time you go to a party or take a flight or a cruise, keep track of new people you meet and how many stories you swap. We are all about stories. Narratives, especially the shared ones that show an appreciation of someone else’s experience while allowing us to relate one of our own that contains similar threads, help us form relationships with those people. Often we do this because, after the occasion that brought us into contact with these “strangers,” we will never see them again. This sounds counterintuitive. After all, why would you take a total stranger into your confidence, relating some of your most personal life lessons and experiences. And, why would that person or persons return the favor?

Stories are the way we establish temporary intimacy, which is comforting and desirable because it reminds us of other intimacies we established and, presumably, enjoyed, or at least remember. Using stories to establish connections between people opens a door, creating a foundation for empathy, compassion, understanding, friendship, and love. You and the other person(s) just have to step through that door.

Here is an example: On a river cruise in France last November, I hung out in the lounge late each night while my wife sacked out earlier. Great folks from all over, great ambiance, lots of liquor flowing freely. I found myself talking to an inebriated fellow from Mississippi who resembled actor John Goodman. Drunk people often see things more clearly than sober people, maybe because their governors have stopped functioning (now THAT would be a great fMRI research topic).

We talked about his work in the grain business and mine, high-tech PR. At one point, I summarized my work history, ending at my decision to become a solo practitioner. “How did you know?” he gasped. “How did you know you could make it on your own?” Great question, and, for some reason, he was dying to know the answer. Just as I was about to tell him, which would have taken us into a deeper level of intimacy, his wife dragged him off to bed. By the next night, he had forgotten the incident.

The researchers made another interesting observation, which they based on examining the completed fMRI scans. In the past, prevailing wisdom said that the left side of the brain controlled language. The scans, however, show that hundreds of areas all over the brain are involved in interpreting, sorting, and making sense of the narratives.

Will science pursue this fascinating topic? As Sarah Palin would say, “You betcha!” Here is the last paragraph of the article which, like movies that end hinting of sequels, charts a path towards new research grants:

“The data are certainly intriguing,” said Susan Bookheimer, a neuroimaging expert at the University of California in Los Angeles who studies the biological basis of language. She wasn’t involved in the new study. “It’s suggestive, but much more work is needed to understand what it means.”