“Don’t believe everything you hear or see. There are three sides to every story:  yours, theirs, and the truth.”

Last week I enjoyed some down time at a lakeside cabin in Wisconsin. It was a week of kayaking, antiquing, swimming and recipe testing with my cousin as a prelude to writing a family cookbook. It was a much needed break from my current role as caregiver to my dad. 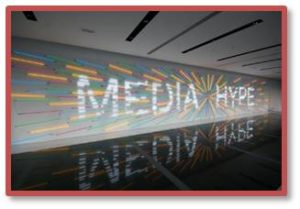 Surrounded by150 acres of water, nature and the serenity Wisconsin lakes are known for meant I was also without cable, Internet and cell-phone service. I was cut off from civilization until I realized it’s what I came for. Withdrawal and acceptance take about 24 hours. Then…peace like a river.

The absence of technology means you do a lot of old fashioned talking.  Throughout the week cousins dropped in, local friends came for a meal and eventually the deck of cards and board games came out. It’s a Wisconsin thing.

Even in the remoteness of northwest Wisconsin talk eventually turns to politics.  Without the barrage of radio, television and internet there is still a lot of political conversation to be had.

The most interesting discussions were not about the candidates but the media hype and misinformation they generate. It’s hard to separate fact from fiction, and even more challenging to find the truth as it relates to the future of America.

It’s not Black and White

The 2016 election will shape some of the most influential legislation this country has seen in the past fifty years. Health care, the environment, Social Security and the Supreme Court will feel the impact of this election’s outcome, highlighting critical party differences. 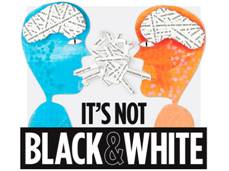 Candidates always promise more than they can deliver and deliver different things than they promise, so it’s impossible to calculate what will really happen in the next four years. But one thing is certain; no matter how you cast your vote; the next president will preside over ground-breaking decisions that will shape America during the next fifty years.

Profound differences distinguish the two major parties on these and many other issues. We owe it to ourselves to understand what they are and what they mean for our country. The candidates and the media want us believe that it’s black and white, Democrat or Republican.  Voting would be so much easier if candidates and media would turn down the volume and focus on implementing solutions instead of ratings.

Getting Caught in the Hype

The presidency has a lot of power in our system of government. When you consider what’s at stake, this will become a defining moment in history. The candidates we elect and the policies we stand behind will follow us for years and influence the future of America.

Facebook and Twitter are platforms candidates use to speak out and lash out with no holds barred. Millennials make up more than one quarter of the nation’s voting population – over 83 million people. That’s a lot of media tweets and posts that have the power to stir up anger and even hatred on both sides of a very large and influential group.

For the past year we have endured toxic advertising, offensive tweets, two overblown conventions and a relentless onslaught of he said, she said.  Accusations of plagiarism, name calling, leaked emails and all around ugliness have defined this election campaign, and we still have to endure the debates.

Turn Down the Volume

The media has the power to do enormous damage in the name of election coverage. To boost ratings they need an audience that is afraid to look away – and in doing so we increase their power to direct our thinking. Headlines focus on what divides us instead of what unites us. We feed the frenzy with our emotional investment in the candidates. It becomes a soap opera, dragging us along as weary and disillusioned voters.

Politicians are equally to blame with exaggerated drama and rhetoric, convincing us the winner will save the world while the opposition will destroy it. Networks love this stuff, inflating and creating news that isn’t real.

By the time this election takes place, five minutes at the polls will choose the wrong candidate for a great many voters and the results – whatever they are – will not escape the media madness and human fallout.

What Are You Looking At Me For?

We’re in this together, with an obligation to research and understand what each candidate will actually do. Neither will deliver much of what they promised. This is true in every election, but more so this year. 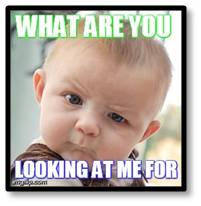 Both candidates are selling their platform to voters.To determine who is best suited to the job voters need to see through empty promises and distortion. Both sides should be evaluated against their knowledge of and positions on major issues and the integrity, knowledge, leadership and experience they bring to the Oval Office.

A week without media forced me to think differently. It created stillness, and allowed the anxiety and hype of the election to distill itself into rational evaluation. The outcome of this election is how we will live and work over the next four years.  This is not an endorsement of parties or candidates but an urging to bypass the media and misinformation and exercise one of the most important rights we have as citizens of this great country; to act, think and vote responsibly.