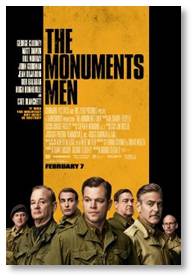 In my post on the movie The Monuments Men and their search by these experts for artwork that had been stolen from its (mostly Jewish) owners in WWII, I mentioned the case of Cornelius Gurlitt. Mr. Gurlitt is the son of Hildebrand Gurlitt, an art dealer who, with Nazi approval, dealt in what they considered “degenerate art.” In November of last year, Germany revealed the existence of 1,400 looted works of art, mostly on paper, that Mr. Gurlitt had kept secret in his Munich home.

Now, Mr. Gurlitt’s representatives have disclosed the existence of a second Gurlitt art trove. They announced that they removed 60 additional works—mostly paintings—from his summer home in Salzburg, Austria. Local authorities found nothing when they searched the house several years ago after neighbors registered a concern that Mr. Gurlitt had not been seen for a while. That means the artwork had been hidden, although Stephan Holzinger, Mr. Gurlitt’s spokesman, said the pieces had been moved to protect them from theft. That’s kind of ironic coming from the son of the man who may have stolen them in the first place—and who certainly stole the Munich trove. Anyone who has seen The Monuments Men recognizes the significance of Salzburg. 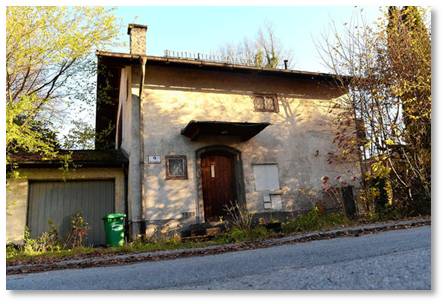 The house of German Cornelius Gurlitt in Salzburg in November. Agence France-Presse/Getty Images

There is, as yet, no proof that the newly recovered paintings, which include works by Monet, Renoir and Manet as well as a Picasso drawing, have in fact been looted. They will, of course, be examined for provenance. Their condition appears to be inconsistent. None appear on databases of Nazi-looted art and Artbeat says that the Monuments Men, “had recorded only 200 works as belonging to Mr. Gurlitt’s father — a small percentage of what was confiscated in Munich.” Mr. Holzinger, along with the octogenarian Mr. Gurlitt’s legal guardian and Cristoph Edel, his lawyer, have removed the paintings and stored them in a facility with controlled light and temperature, but outside Germany to prevent confiscation.

The world’s reaction to the discovery of the Gurlitt trove has not been positive and that perception was exacerbated by the fact that Germany kept it secret for two years for what they termed confidential tax reasons.

Mary M. Lane reports in The Wall Street Journal, “Germany to Comb Museums for Nazi-Looted Art,” that German Culture Minister Monika Grütters, has proposed creating a provenance research center, independent of the government and museums, that would have, “the money and the authority to conduct research into museum holdings” 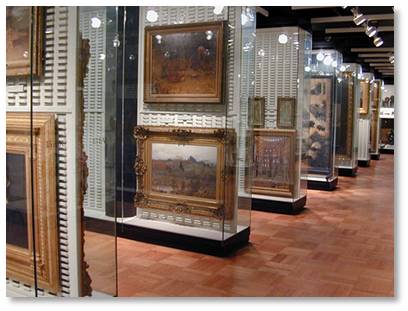 Now, you may wonder why this would be necessary. Why can’t experts just go into a museum, look at the paintings on exhibit, and identify which ones may have a shady past. The answer is that what you see on the walls of almost any art museum is just the tip of the iceberg that is the institution’s holdings. The vast majority of a museum’s collection resides in storage, with some of it loaned out to other museums for special exhibits.

A sense of this volume can be seen in the Visible Storage section of the Metropolitan Museum’s American Wing. Here, @metmuseum has stored acres of paintings, frames, furniture, silver, pottery, books, manuscripts, clocks, sculpture, glass and other treasures that are not exhibited to the public. This offers visitors a rare opportunity to walk through the rows of display cases, but most museums make such storage off limits to anyone but museum staff.

The structure of Ms. Grütters’ new provenance research center could be determined by March and it can be up and running by the fall of this year. We can probably attribute the speed of this action to the fact that it’s independent of the German government. As we here in the U.S., know only too well, government serves mostly to slow things down—even when the activity has no relation to politics. What the German government can do is speed up action on a plan to change the country’s 30-year statute of limitations on art looted from WWII victims.

I applaud both measures. Art exists for the people who own it legally, the countries where it was created and the ages that will appreciate it.