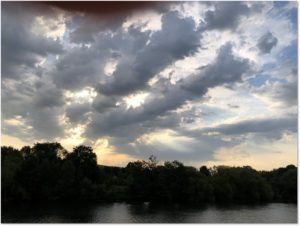 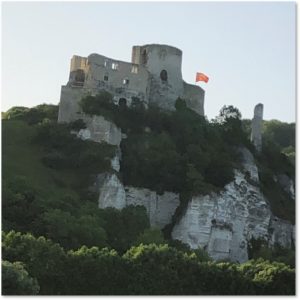 Everyone else is bustling about their day — commuting to work on highways, bicycling along on errands, or walking to the market — but we pass silently beneath spans both large and small. We belong to the river, not the world of routine, work, and chores. 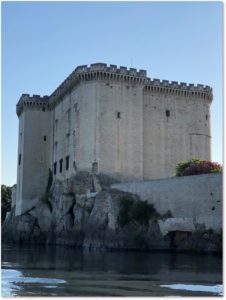 The crew of Viking Rinda got creative and countered the high temperatures from Europe’s heatwave by spraying water on the sundeck to cool the third-deck cabins. That made the sundeck’s outdoor carpeting soggy. Not a problem. I simply moved forward to the bow where the deck was still dry.