Planet Earth is an amazing place. Once we start looking around, not to mention up at asteroids and down beneath the crust, we see some truly remarkable things. The regular news media don’t cover most of them or, at best, give them two minutes of air time. You might get a few column inches in the print media, assuming you are of a generation to read a newspaper.

I like pulling some of these items out just to highlight the most recent phenomena because I think they deserve more attention. This week we have the good, the bad, and the beautiful. But first, let’s start with something most folks have never heard of. 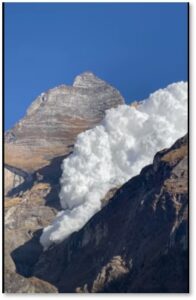 My brother, who should have been a meteorologist, sent me this video of a weather phenomenon called a cloud avalanche. This video was taken at Kapuche Lake, the lowest-altitude glacier lake in Nepal. Please watch the video as it will boost your spirits for the whole day.

Why? First, it’s beautiful, like watching whipped cream cascade down the Big Rock Candy Mountains. Second, you can enjoy it without reservation because it hurts no one and nothing. The photographers just got a little wet. Third, the video makes you feel as exuberant as the people filming it.

A 2014 movie called The Clouds of Sils Maria centered on a similar mountain phenomenon called a cloud snake but you have to watch a lot of depressing relationships and bad acting to get there. (I saw it on a plane.) This video is faster and a lot more fun.

As if Sicily’s Mount Etna and Iceland’s Mount Fagradalsfall weren’t enough, a third volcano has blown its top. The La Soufrière volcano on the Caribbean island of St. Vincent has erupted multiple times in the past four days. The eruptions have grown increasingly larger and more explosive. Most recently, La Soufrière has sent pyroclastic flows hurtling down its slopes. 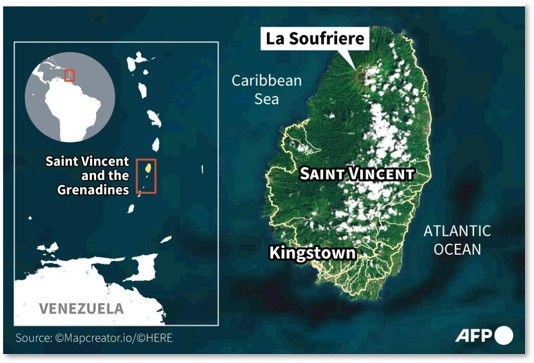 If you’re not familiar with pyroclastic flows, here’s how National Geographic defines them:

The flows are extremely dangerous both because of their heat and their speed. If you live in the path of one, you have no time to evacuate. None. Of course, volcanic ash is also raining down on the island and the ash cloud is so big it can be seen from space.

La Soufrière is a Vulcanian eruption, which means violent and characterized by cannon-like explosions of very thick lava. Keep your eye on this one, but don’t get too close.

As I have noted before, it sometimes feels like Planet Earth has wandered into the debris field from what the Death Star did to Alderaan. Here is our most recent space visitor.

We have some evidence of that because a probable fragment of GW4 lit up the night sky over Florida and the Bahamas. This fireball demonstrated that at least part of GW4 made its closest approach at 9,300 miles, much closer than what had been forecast.

In addition, three new asteroids are due to approach Earth at the end of the month. April 24 gives us a twofer:

If you would like to know what one of these visitors looks like when it goes past us, watch this video of Asteroid FO32 flying by “unusually fast” on March 21 of this year.

Astronomers anticipate that all three of the asteroids will be traveling at a speed of at about eight miles per second, or 14 times faster than a rifle bullet, when they pass by the Earth. Due to their speed, even small asteroids can release huge amounts of force if they impact the Earth’s atmosphere or surface.

NASA tells us that a relatively small rock, Asteroid 2008 TC3, exploded over Sudan in November 2008. Although it was “no more than a few meters in diameter,” its mid-air explosion released energy equivalent to around 1,000 tons of TNT. Huge, indeed.

GI Joe told us that “knowing is half the battle” – but only half. The other part involves acting. I would be a lot happier knowing that we can learn about these asteroid fly-bys in time to prevent either a mid-air explosion or surface impact. GW4 was discovered on April 8, for example. And It would reassure me a lot to know that we have the ability to actually do something about them. 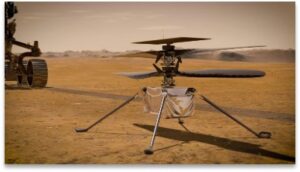 For a safer and more predictable flight path, watch live footage of NASA’s Ingenuity helicopter on the surface of Mars. I am still gobsmacked that we can see photos of the surface of Mars, that tiny red dot in the night sky. Nothing makes our Planet Earth seem more beautiful, however, than the pictures we see of a dry, barren and very cold Mars.

See? Isn’t that all much more interesting than yet another political dispute, police shooting, murder trial, or sex scandal? Sometimes it feels good to take a break from navel gazing, playing the blame game, and predicting doom to look around. The Earth is a wonderful place.