The building on the northeast corner of Newbury and Exeter streets has had many incarnations. Some of us think of it as the old Exeter Street Theater. Residents of a newer generation bring their children to the Montessori School there. But 26 Exeter Street began life as Boston’s Spiritual Temple. 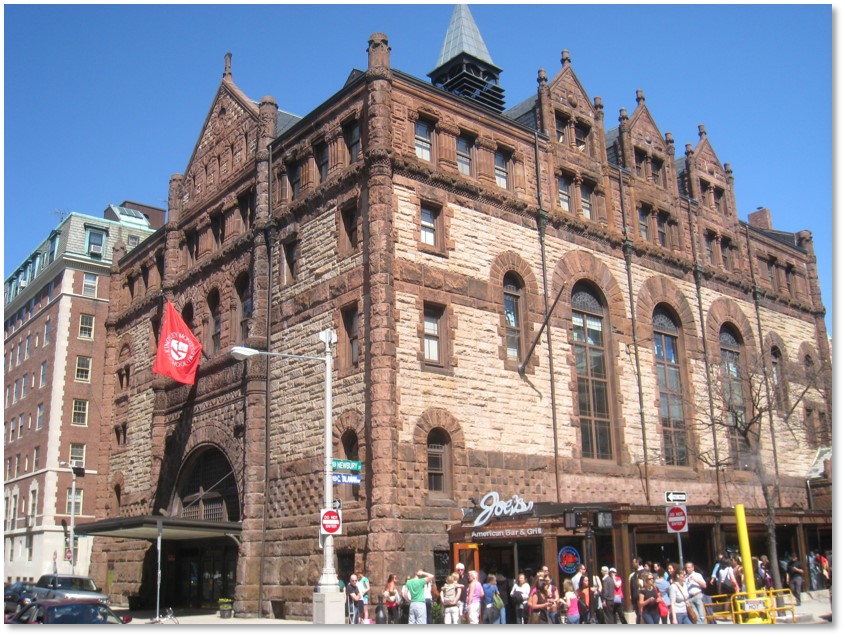 The Religion of Spiritualism

It may seem odd to us now, but spiritualism was an active religion around the middle of the 19th century. Founded in the 1840s by the Fox Sisters, Maggie and Kate, in Rochester, New York, it thrived in the years before and after the Civil War. All those deaths caused a desire for families to speak with their lost husbands, fathers, brothers and sons. For the same reason, a second resurgence of spiritualism followed World War I.

Roughly defined, spiritualism divides the world into the material and physical planes with different permutations of the afterlife. It popularized the idea that the living could communicate with the dead and uses mediums, séances, and Ouija boards to do so. At one point, an estimated 25,000 Bostonians belonged to spiritualist circles and congregations. 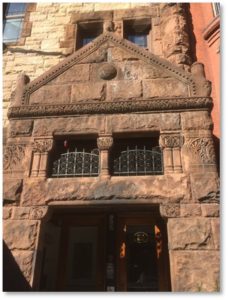 Side entrance on Newbury Street

Marcellus Seth Ayer, a wholesale greengrocer and founder of the Working Union of Progressive Spiritualists, paid $300,000 of his own money to construct the temple on the instructions of several spirit guides. Not long afterward, the Harbor and Land Commissioners, the agency responsible for enforcing restrictions contained in the original Back Bay land deeds, took the organization to court.

The Commission wanted the Union to remove the stone porch on the Newbury façade because it violated the setback requirements in the deed. The Supreme Judicial Court dismissed the complaint in February of 1889 and the porch was allowed to remain. That stone porch was later enclosed to form a “greenhouse” and today houses part of Joe’s American Bar and Grill.

In 1914, Marcellus and his wife, Hattie (Dodge) Ayer, converted the building to the Exeter Street Theater, which had a longer run. Theater architect Clarence Blackall designed the renovation from house of the spirits to a movie house that would accommodate 900 persons. Marcellus Ayer continued to own the building, however, and the Spiritualist congregation met in a part of the space. Hattie Ayer operated the Exeter Street Theater until 1974, when the Working Union of Progressive Spiritualists sold the building and moved their meetings to Brookline.

In an interesting note, the theater’s chief projectionist, Stephen Fulton, developed abilities in physical mediumship and became a minister of the Spiritualist Church. The Christian Spiritual Church calls itself “the oldest Christian spiritualist church in the world.”

I remember going to see “The Endless Summer” at the Exeter Street Theater, along with a funny short subject called. “The Dot and the Line.” It also ran “The Rocky Horror Picture Show” as a midnight sing-along for many years. The theater closed in 1984 and several tenants occupied the building after that, including Waterstone’s Books and Conran’s furniture. It now houses the Kingsley Montessori School.

Designed by Hartwell and Richardson architects, The First Spiritual Temple of the Working Union of Progressive Spiritualists was constructed from 1883 to 1885.  Hartwell & Richardson was a Boston-based architectural firm founded in 1881 by Henry Walker Hartwell and William Cummings Richardson (no relation to H. H. Richardson).  The firm designing numerous churches and municipal buildings in the late 19th century and, later, many residences. 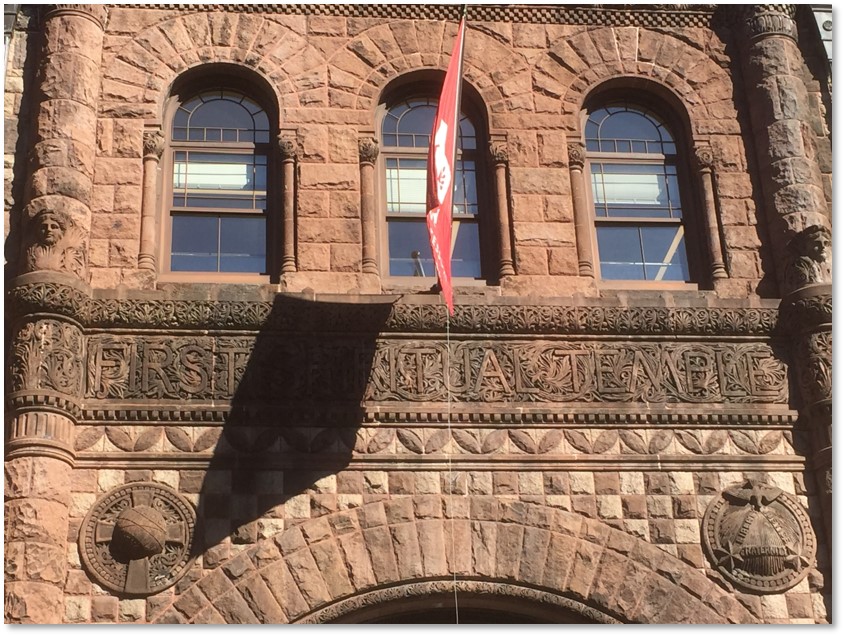 Although most people don’t look up to see it, the name “First Spiritual Temple” is engraved above the front door and below the façade’s triple arched windows.  An ornate foliate pattern winds around and between the letters. On either side of the door, two medallions appear. One depicts the words Religion and Science atop a globe superimposed on a cross.

The other depicts the Holy Spirit as a dove atop spreading rays of light and the words Liberty, Equality and Fraternity in a triangle Two six-pointed stars appear at the bottom points of the triangle. Above and to either side of the First Spiritual Temple name, carved faces emerge from the stone. Other heads appear beneath pilasters on the Newbury Street side.

Some people call them “ghostly faces” meant to illustrate the building’s spiritual purpose. That may be the case, although it’s not unusual to find carved heads on Boston’s buildings. They include religious, historical, classical, and famous faces — and a few may be portraits of the architects. 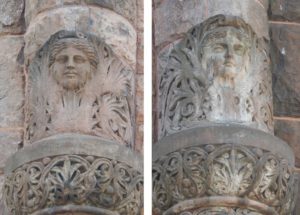 Stop by the building at 26 Exeter Street in the Back Bay to look at the “ghostly faces” and decide for yourself.

Read all the Posts About Boston on The Next Phase Blog.