Going to see the new Star Trek movie on opening weekend was a no-brainer. We’ve both been Trek fans for many years and we looked forward to this new installment of the J.J. Abrams re-boot series. Yet we walked out of Star Trek: Into Darkness both dismayed and disappointed. I wish I could recommend this movie but that’s just not the case. What went wrong?  For me, it was a lot.

First there’s the disconnect between Gene Roddenberry’s vision and Abrams’s outlook. The topic is terrorism, so it’s inevitable that there will be darkness of several types. In the original series, Roddenberry attacked many thorny issues, from racism to militarism, that were otherwise ignored on TV. He took to heart Rod Serling’s comment that, “I can put words in the mouths of aliens that can never be spoken by Democrats and Republicans.” Mr. Roddenberry would certainly have done a program on the subject of terrorism, but at heart he was an optimist who believed in a bright future for humanity.Mr. Roddenberry’s Enterprise crew frequently had to go through darkness before they solved the problem, fixed the issue, discovered the antidote, found a road to peace, resolved a conflict, or otherwise got to the far side with a better way. They were on a journey of discovery and were ruled by the Prime Directive not to interfere with the internal development of alien races or species. They were not particularly good at following General Order Number 1, however, because they wanted to save lives and make things better for the aliens they encountered. 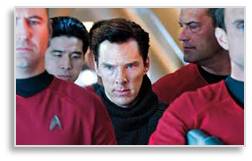 Star Trek: Into Darkness honors this tradition by violating the Prime Directive right out of the box with the crew arguing about it as they do so. After that, however, it devolves into a slam-bang action movie of the worst kind.  This is what Star Trek would have looked like if Michael Bay had taken over the franchise.

Critics Kinder Than I

This is my opinion and a lot of people clearly disagree with me.  Paramount Pictures estimates that it grossed $70.6 million in the U.S. and Canada alone and international grosses are 82% higher than for Mr. Abrams’s first Star Trek movie in the same time period.  It took in $80.5 million foreign ticket sales. That’s all good. The critics were also kinder than I thought the movie warranted.  In The Washington Post, Ann Hornaday says that Abrams, “still has the golden touch.”  John Anderson in The Wall Street Journal comes closer when he calls it, “noisy, frenetic, grandiose and essentially a soap opera.”  Its IMDB rating is 8.3 and Rotten Tomatoes gives it an 87% Fresh rating on the Tomatometer. 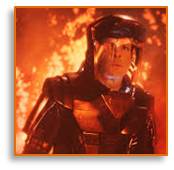 Heck of a Suit, Spock

So what’s my problem?  I wanted substance, good dialogue, consistency with established rules, and thoughtful problem solving. Above all, I wanted logic—in the plot, in the science, in the very core of the movie. Instead I was constantly thrown out of the movie by action at the expense of writing, special effects at the expense of character development, and expedience at the expense of science. To be specific: (Spoiler Alert: If you are planning to see Star Trek: Into Darkness, skip right to the end.) 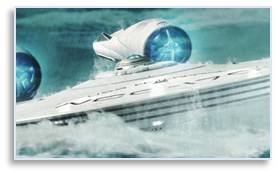 These are just a few of the things that kept me from being engrossed by Star Trek: Into Darkness and that made us deeply disappointed as we left.  If I want to see a Michael Bay movie (and I usually don’t), I’ll go to see one knowing what to expect.  I expected more from J.J. Abrams.