When you travel abroad you are a representative of your country, and your behavior—good or bad—is a reflection of who you are. 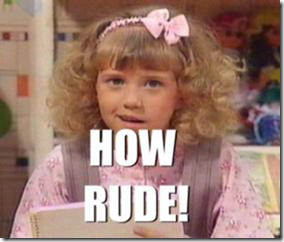 In fact, in a recent online poll rating the rude behavior of tourists, Travelzoo gives high honors to citizens of the United States, finding their behavior while away from home the worst overall. Other polls have given this honor to the British, Chinese, Canadians, Brazilians and Germans.  Having just returned from a trip to Edinburgh and London, I think there is enough go around and be shared by all of us.

Tourists may not realize they are ambassadors abroad but bad behavior, no matter where you hail from, is rude. After my recent trip I’ve concluded that it has escalated to a point where it is so blatant it deserves a blog.

Let’s start with the airport. It seems nobody is able to be parted from their internet connection. Battery running low? Hog the charging stations while you text, call, post and surf. Don’t forget to take some pictures.

Need a power outlet?  Stretch out against the wall and plug in—putting your feet in the aisles and your baggage where ever it will fit. Fight delayed?  No problem, stretch out on the floor or claim two or three seats and catch some Zs. I think you’re traveling in your PJs anyway. Don’t mind me—I’m just trying to navigate the crowded aisles and gates…hopeful for a place to sit until my flight is called. 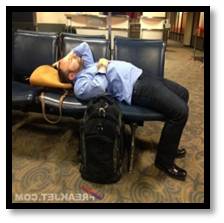 And speaking of sitting, once you’ve finished that pizza just put the box on the empty seat next to you—you know—it’s the one that doesn’t have your backpack, pillow and stuffed giraffe on it.

Despite the row and seat printed on your boarding pass I think it’s perfectly acceptable to jump ahead of those of us waiting patiently for our boarding call.  Perhaps the flight attendant will be too tired to notice and once you’re on board you can stuff the overhead compartment with bags the laws of physics tell you will not fit. Keep trying—you can do it. When you spring the hinge we won’t be able to take off until the ground crew can repair it.

When did behaving rudely while on vacation become acceptable?  Every country seems to export rude tourists. These are people who would never exhibit these behaviors in public places in their home countries, but put a vacation sticker on it and all bets are off.

As someone who travels frequently for business as well as pleasure I am aware of how I am perceived. I did not grow up in the United States, and called many foreign cities and countries home before settling in New England. I know that once I leave Americas shores I am a foreigner but I’m reluctant to call myself a tourist since that seems to be getting such a bad rap—and deservedly so.

Small things can be overlooked, or at least given some latitude. I don’t want to be that person who gets annoyed every time someone with a backpack and a camera stands next to me. I’m talking about offenses I’ve never seen before, the perpetrators unconcerned that their actions are blatantly rude, inappropriate and often a violation of clearly stated rules.

My conclusion:  they don’t care.

Here are the top five from my recent trip:

We are all Foreign to Someone

I am relieved to say that none of the above offenders were my US comrades but the Ugly American is alive and well on foreign shores. Recreating America while abroad seems to be the manifesto of many American tourists. Pointing out customs they think are strange or criticizing food, clothing and even foreign currency are all things I have seen and heard.

White sneakers, fanny packs (yes, still in use), baseball hats and shorts readily identify Americans, as do their loud voices and excessive patriotism. Yoga and sweat pants and T-shirts with questionable text and graphics abound, screaming out Americano. Complaining that you can’t find a Dunkin’ Donuts or KFC also outs you pretty quickly. All of these stereotypes are embarrassingly true.

There’s something in all of us that fears the differences foreign travel brings. It’s hard to arrive in a strange country and immediately grasp your surroundings and the customs of the people who live there. But rude behavior, no matter where you are, is unacceptable. Overcoming the bad tourist stereotype is pretty simple…if you are not in America, you are the foreigner. Behave accordingly.  Let’s show them how it’s done by being ambassadors for and from our country.