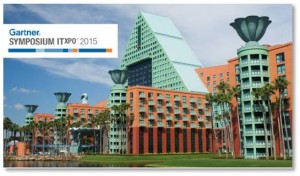 Two reports have come out recently on the state of jobs in America and where they appear to be going.

Oddly enough, both reports highlighted the jobs that are disappearing—or are expected to disappear—due to automation and computerization. This is only to be expected as computers and the internet have made the sharing of information faster and more efficient than manual collection and analysis. It’s not all sunshine, apps and GUIs however. There are very real implications for the future of work in America and some of them are pretty scary. I guess that’s appropriate for the Halloween season but I prefer my spooky thrills to come more from the imagination than from the real world.

Some of these declines are understandable. Automation has affected mail carriers because more people use PayPal, email, and online shopping instead of sending letters, checks, and orders by what we now derisively call “snail mail.”  Likewise meter readers are being replaced by automatic devices that broadcast their data to drivers on the street. This is a much faster and more efficient process than sending a man to wade through overgrown foundation plantings and past an angry dog just to eyeball a meter.

On the media side, (#4) editorial staff is suffering across the board as more people read their news for free on web sites. That means print advertising has dropped off significantly, leading to staff cuts such as the recent one at the Los Angeles Times. The kicker, of course, is that someone still needs to write those stories or online news feeds will come to a screeching halt. Bloggers like me can’t replace the skilled and experienced writers who work full-time at a publication.

I actually used to write for a newspaper but now have neither the time and resources nor the inclination to do the kind of in-depth reporting that brings us important news. No blogger would ever have broken the Watergate scandal as The Washington Post did, for example. Nor would a blogger have revealed the priest sex abuse scandal as the Boston Globe did. Reporters report news; I write opinions. My posts would go on the op-ed page of a newspaper, not on the front page.

These Humans Can’t Be Replaced

Presumably farmers, logging workers, and drill-press operators are on the list because those jobs are becoming more automated with heavy equipment replacing manual labor. A few of these endangered jobs puzzle me, though. How do you automate flight attendants, or tailors? I still take my clothes to a seamstress for alterations and would not be happy to have a machine doing the work. And please don’t tell me that clothes are better made now and don’t require alterations because that is poppycock. Clothing made in Thailand, India, Bangladesh or Bhutan may be less expensive but it is certainly not better made.

And in the event of a crash, I do not want R2D2 disgorging a cup of coffee from its internal brewing system. Nor do I want C3PO helping me to an exit before the plane explodes. No robot would be able to handle an irate passenger or make a judgment call on one who might pose a threat to the passengers and crew.

Gartner’s information focuses less on specific jobs and more on broad trends—10 of them. These top predictions can be grouped into three categories: the human-machine relationship, the application of “smartness” to the work environment, and the “evolution of the Nexus of Forces.” Some seem logical, some give me pause, and some see improbable.

The predictions from @Gartner_inc are:

A Startling View of the Future

Some predictions, like #8, seem logical and even beneficial. Others are startling in their view of a future in which nearly all work is done by machines, applications, mechanical things, digital assistants, autonomous software agents, robo-bosses and the ubiquitous cloud. This might be acceptable in a world like the Star Trek universe where human beings have been freed to pursue larger purposes and better, more enriching pursuits. In the real world, though, it’s likely to result in an army of unemployed, disaffected and angry workers. That’s not a situation that typically afflicts Gartner analysts, though, so I guess it’s understandable that the specter of mass unemployment goes right over their heads. Still, if you’re wondering where all that digital vandalism will come from, here’s a clue.

The idea of machines authoring business content (#1) also does not augur well for the future of business publications. When did a machine ever have an opinion, come up with a brilliant idea, solve a non-digital problem, innovate anything, or even have a blinding flash of the obvious?  Never, that’s when. Of course, I used to think that only people could write marketing materials until telecommunications magazines began sending press releases to India for a team of “writers” to re-purpose in “news articles.”

Oh, and as I have said before, robots don’t buy anything so you can expect consumer businesses to start showing declining income and profits. Who is going to wear all of those mandatory FitBits if the employees are mechanical?

A Step Toward Skynet 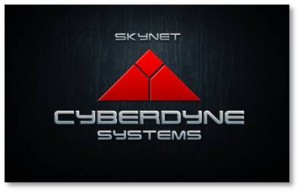 The 10 predictions also sound like the next inevitable step toward Skynet. When machines start running the show—and telling human employees what to do—we’re in trouble. As Gartner explains of their Prediction #4,

“Robo-bosses will increasingly make decisions that previously could only have been made by human managers. Supervisory duties are increasingly shifting into monitoring worker accomplishment through measurements of performance that are directly tied to output and customer evaluation. Such measurements can be consumed more effectively and swiftly by smart machine managers tuned to learn based on staffing decisions and management incentives.”

Does that sound like anywhere you want to work? Anyone? Bueller? It sounds like a nightmare to me with human workers hounded by emotionless devices that are lacking in sympathy or empathy, driving people to meet inhuman goals regardless of the toll it itakes. Oh, and what does this say about the much-vaunted benefits of leadership? What kind of leadership do you get from a machine? None. Much less motivation, inspiration, or mentorship. It doesn’t sound like a “harmonious relationship” to me.

Implications for the Future of Work

I write science fiction so I inevitably think about the future ramifications of future automated jobs. Here’s a good description from a new book called “The Subprimes” by Karl Taro Greenfeld: 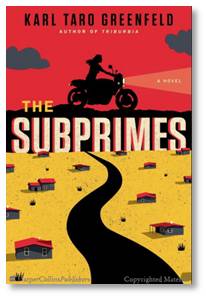 “In a future America that feels increasingly familiar, you are your credit score. Extreme wealth inequality has created a class of have-nothings: subprimes. Their bad credit ratings have lost them jobs and made them unemployable. Jobless and without assets, they have walked out on mortgagees, been foreclosed upon, or can no longer afford a fixed address. Fugitives who must keep moving to avoid arrest, they wander the globally warmed American wasteland searching for day labor and a place to park their battered SUVs for the night.”

Given that a lot of Americans are only a few paychecks away from foreclosures and bad credit ratings, the recent news about future jobs from both Gartner and CareerCast is pretty chilling. Maybe I should dress up like a Gartner analyst for Halloween.