Skip to primary content
Skip to secondary content
Several recent articles about junk food/processed snacks have caught my eye and my attention. While the content may not be surprising, the differences of opinion are quite interesting.

The first article, from the New York Times Magazine is entitled The Extraordinary Science of Addictive Junk Food and it chronicles the amazing lengths snack food companies go to so as to create the perfect snack food and market it in exactly the right way.  It’s long, but well worth the read.  And if you have ever eaten a potato chip or a cheese puff, drunk a Coke or a Dr. Pepper, there’s a lot of good information here.
The article’s bottom’s line is simple:  “What I found, over four years of research and reporting, was a conscious effort — taking place in labs and marketing meetings and grocery-store aisles — to get people hooked on foods that are convenient and inexpensive.”  The analogy to drug is intentional.
You’ll learn some interesting terms.  For example:
You’ll learn more about certain foods:

And, finally, why can’t you eat just one potato chip?  It’s not greed, it’s chemistry, the combination of three things.  (1) The salt that coats the chip, (2) the fat content within it that rewards the brain with instant feelings of pleasure, (3) the sugar that exists in the starch of the potato itself instead of being added to it. These components combine to make it “the perfect addictive food.”  The reason is simple: “The starch is readily absorbed, more quickly than a similar amount of sugar. This causes the glucose levels in the blood to spike — and that results in a craving for more.” 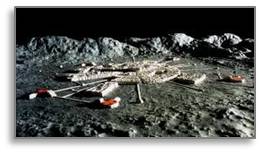 The snack food industry spending millions on this research every year.  On the positive side, that creates jobs for scientist and nutritionists.  On the negative side, the products contribute to obesity, diabetes, heart attacks, strokes and who knows what else.  If we put this money into space exploration, we might have a moon base by now.  Instead, we have Jacked Enchilada Supreme Flavored Doritos.
But, hey, we’re intelligent adults, right?  We know enough to not eat these things, or feed them to our children, or just to indulge in them at special occasions like a barbecue, Super Bowl party, or picnic.
Well, here’s Joe Queenan’s article, “Our Inalienable Right to Snarf Junk Food,”  in Saturday’s The Wall Street Journal.  “I am not saying that a long, healthy life is not a worthy goal.  I am merely saying that if the goal means no more chili cheese dogs, no more ranch flavored Doritos, no more black-and-white milkshakes, then the price may be too high.”  His goal is, of course, to make us laugh:  “America was built by men and women who never ate arugula.”  But he does make us think that we should be able to eat what we want and we don’t need food police to make us eat right.  All we need is a discipline that sometimes seems elusive.
On Friday night, Bill Maher broke down the four big food groups.  Replacing his usual vulgarity with a euphemism, these groups are:  sweet “stuff,” salty “stuff,” and cool ranch “stuff” with more “stuff” on top.
If you are what you eat, we’ve got some ‘splainin to do.