It just happened again, only this time it occurred not to an ordinary job seeker but on one of network television’s most popular shows. That meant it was out in the open for everyone to see. And people noticed.

If you have ever searched for a new job, you have probably experienced this situation:

You come home from an interview all excited because the job is perfect for you and you are a perfect fit for it. Your background and experience match the qualifications precisely. The interview went very well, with everyone involved enthusiastic about you and how you can contribute to the organization. Your personality fit with those of the interviewers and they seemed to like you just as much as you did them. People were talking about “when” and not “if” you would join the company.

Maybe you go out for dinner that evening and have a celebratory glass of wine. It feels like champagne because little bubbles of energy and exhilaration are running through your body. The job search is over!

You start doing some research and planning the best commuting route. You wait for their next call, the one with the offer from your new boss.

Finally, you actually get through to a Human Resources rep who informs you that the job has been filled from by an inside candidate.

Everything falls apart and you end up back on Square One.

A Candidacy in Jeopardy 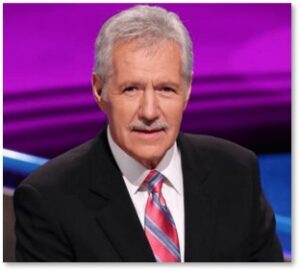 That’s what just happened with the open position of host for the prime-time game show Jeopardy. The position had been open since last November when 36-year veteran Alex Trebek died of pancreatic cancer.

In the following months, Executive Producer Mike Richards interviewed a slew of candidates. Many of them appeared as guest hosts, an on-air audition that gave the show’s dedicated audience a chance to evaluate the talent from their living-room sofas.

Not all of the guest hosts were actual candidates, of course. Some just did it for visibility and resume padding. But a lot of them were and they ranged from previous Jeopardy champions to actors, athletes, and doctors. Here’s the list in order: 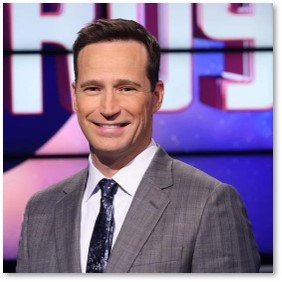 Executive Producer Mike Richards acted as honcho for this star-studded and brainy herd of candidates. At the end, he chose a pair of winners, one (the real winner) to run the daily show and one (the runner-up and token female) to handle prime-time and spin-off specials.

And the winner for the syndicated daily show was: (drum-roll) Mike Richards! Yes, the man who ran the whole search process decided that, when all was answered and asked, he was the best man for the job. Who’d a thunk it? Second place went to Dr. Mayim Bialik, a neuroscientist and one of the stars of The Big Bang Theory, a popular sitcom.

Although he auditioned second of the 16 celebrity candidates, Mike Richards was a dark horse. Many others were more admired and considerable popular demand put LeVar Burton, host of Reading Rainbow, on the list.

None of the 15 other host candidates will have trouble paying the mortgage because Mike Richards decided to take this plum job for himself. Still, people know he was a Sneaky Insider and that affects how they feel about him and the show. A spokeswoman for Sony Entertainment called the search “a data-driven process,” one that took into account the views of fans and focus groups.

Yeah, sure it was. That’s why 15 prominent and popular people, including a man with a small army of online supporters rooting for him, were passed over for a winner about whom the best most viewers could say is, “Who?”

While I’m not a regular Jeopardy viewer (and I think some recent categories have been dumbed down) I do like the show. And, as with many other people, the “choice” of Mike Richards struck me as a let-down foisted on the public by a Sneaky Insider who showed up at the last minute to snatch the position away from someone who would have been a better fit.

I probably feel this way because, like many people in the high-tech industry, I have lost a position for which I was highly qualified to an invisible Sneaky Insider. In addition, I have seen it happen to friends and colleagues who got suckered and then dumped. It hurts. In an odd way, however, it’s nice to know that even top-rated and highly visible stars can have the rug pulled out from under them but never saw it coming. 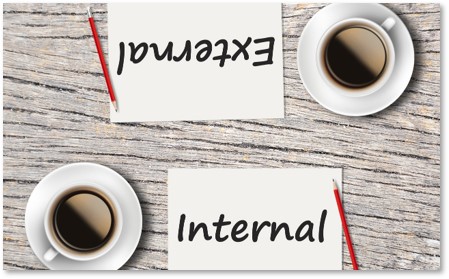 It also reminded me of 2000 when George W. Bush gave Dick Cheney the job of vetting potential running mates for his upcoming campaign. After interviewing prominent Republican senators and governors as well as generals, Mr. Cheney pulled his own name out of the hat. That selection process was so secret, none of the other serious prospects had an inkling that Mr. Cheney was on the fast track for running mate until it was announced. He was a political Sneaky Insider.

The Sneaky Insider and a Bad Taste

But here’s the thing: This kind of devious dealing leaves a bad taste in everyone’s mouth but the winner’s. It’s not that I don’t think Mr. Richards will do a good job: he had previous experience as a game-show host, after all. The problem is that he gives the impression that he’s devious and underhanded. Not a stand-up guy.

The Sneaky Insider has an advantage no other candidate possesses: access to the hiring manager, director, vice president, or CEO. He also has knowledge not available to any outsider. Plus, he’s a known quantity. Even if he’s crazy — and everyone knows he’s crazy — the company finds that less of a risk than an unknown person would be.

Rather than competing in good faith with other qualified candidates, he lurks in the wings waiting for his chance, promotes himself in secret meetings, and then seemingly comes out of nowhere as the “unanimous” choice.

Jeopardy fans may feel let down or even conned, which is too bad. In a non-celebrity search situation, though, many candidates waste time and money chasing a job they’re never going to get. Worst of all, some let go of their job search because they think they have this one in the nailed down only to have to start the search all over again.

Mr. Richards might stand on set smirking but he didn’t win this job fair and square and the fans know it. He simply decided that he liked the host job better than the executive producer job, so he took it.

That won’t change anything, of course. It never does. Even when everyone in the company knows the Sneaky Insider only got the job because he plays golf with the CEO, was the VP’s frat brother, or hob-nobs with the senior staff after hours, he still gets the job, the title, the money, and the office. He’ll do fine.

Will this affect Jeopardy viewership? Will their ratings hold under Mr. Richards or drop? On time will tell us that. Meanwhile, I suspect this will become a part of popular culture that, as Bill Maher says, we know to be true but we just can’t prove. Mike Richards acted as the invisible Sneaky Insider who stole the job.