I thought it was just what my book group has been reading but it seems I was wrong.

Month after month as we read literary fiction and some non-fiction we have noticed a thread running through the group’s selections—which are made in turn by the members. That thread is women who are dysfunctional characters: unhappy, chronically depressed, suicidal, or just plain absent. What’s up with this?

Now Ruth Graham has written about the same issue in Slate. Her article, “Unhappy Families,” is a review of the novel Hausfrau by Jill Alexander Essbaum and makes much of the protagonist’s chronic dissatisfaction with a life that many women would sacrifice a body part to obtain. 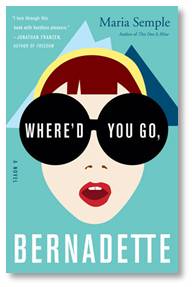 Consider just a few of the women my book group has encountered in our literary excursions. Here are the books in no particular order along with excerpts from the Amazon plot synopsis. Spoiler Alert: My commentary mentions plot points that you may not want to know in advance if you plan to read the book.

If mom sounds bad in that description, she’s actually much worse. For example, one bad experience caused her to abandon her brilliant career and brambles grow through the floor of her house. Then, of course, there’s leaving her family in the lurch. We’re not given much to admire there. Note: The movie is in development.

We can’t blame Esch’s mother for dying in childbirth and leaving the family to the feckless attentions of a dysfunctional father.  But her brothers don’t protect her as they should and her father pushes her out of a tree into floodwaters so Esch doesn’t get much support from anyone.

Poor Vivian gets “adopted” by one woman who forces her to do piece work all day and then wait on the family at dinner like Cinderella before sleeping on a cot in the hall. Then she gets placed with a farm wife so depressed that she’s incapable of getting out of bed. Her children run wild, feeding and clothing themselves as best they can.

An orphan train on its way to the Midwest

Despite having the wealth of a One Percent heiress, Ms. Clark is a female Peter Pan who never grows up enough to get married and have a family. She can’t deal with the real world and uses intermediaries who don’t always have her best interests at heart, especially when they have the opportunity to get a piece of her enormous wealth for herself.

That sounds like an intriguing love story doesn’t it? But Ifemelu has serious problems. One bad decision (and it’s a very bad decision) causes her to withdraw from Obinze, leaving him worried and angry that she has just disappeared from his life. Later, she reunites with him — but not until she’s good and ready — destroying the family he has built in her absence without a shred of guilt at breaking up his marriage. Note: The movie is scheduled for release this year starring Lupita Nyongo and David Oyelowo.

Well, yes, but that package is a toddler left with a total stranger by a mother who then proceeds to drown herself in the harbor. Not that the baby ever seems to miss her. I sure didn’t.

It’s not Alice’s fault that she suffers from early-onset Alzheimer’s. Still, though, she can no longer function as a professor, wife or mother and increasingly relies on others to help her.

That’s a slice of the dysfunctional females that we have encountered between the covers of our selections. Now, the group’s members are all firmly centered in reality. They will read many books in many different genres except for fantasy or science fiction. So they never read about woman warriors, seers, queens, priestesses, or even pirates. Even the one other Outlander fan couldn’t read Game of Thrones. So, no Khaleesi for them. Or Katniss or Tris or Claire Fraser, either. 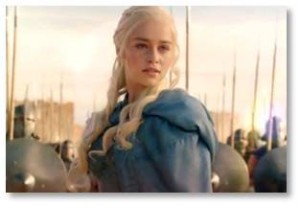 I do wonder, though, why so much contemporary fiction features women who simply can’t get through the day, much less a whole lifetime. While I enjoyed reading many of these books (but not all) the cumulative effect of female characters who abandon their families, stay in bed all day, mistreat their children, retreat into illness,or withdraw from the world began wearing me down.

Can’t We Do Better?

At a time when American women have more freedom that in many parts of the world or in most centuries throughout history, we seem to want to read about the ones who can’t hold it together, much less make the most of their opportunities. It can’t be just that, as Ms. Graham say in her @Slate article, “Bad choices make for good plots.” This is certainly true but the reader still wants to empathize with the protagonist, if not identify with her. I rooted for the girls who had to get by without much help from Mom–or without any Mom at all. Surely, though, contemporary authors can come up with other challenges for young women to surmount. 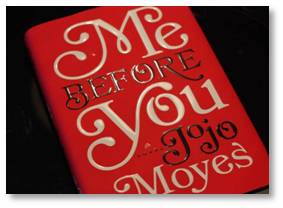 Let’s hear it for books about strong women who take on the world and try to make the most of their lives. Let’s read more about women who love life and want to get the most from it. Let’s meet more women who aren’t afraid of failure because they can learn from it.

To that end, I recommend ote book club selection with a protagonist who wanted to make me stand up and cheer. Me Before You by JoJo Moyes gives us Louisa Clark, a young woman who leaves her limited comfort zone in a small English town to take on a job for which she’s totally unprepared and then grows in ways she never expected. You’ll love her. I certainly did. Note: The movie is scheduled for release next year starring Emilia Clarke (Khaleesi!) and Sam Claflin.

More of that, please.