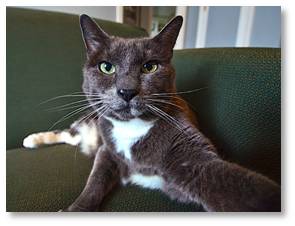 The art of the selfie is one that lots of people are attempting to perfect. In its official definition, a selfie is a self-portrait photograph, taken either with a camera held at arm’s length or in a mirror, and may include the photographer or the photographer with an entourage.

The Urban Dictionary takes it a step further and calls the selfie:

“A picture taken of yourself that is planned to be uploaded to Facebook, Myspace or any other sort of social networking website. You can usually see the person’s arm holding out the camera in which case you can clearly tell that this person does not have any friends to take pictures of them.”

Oxford Dictionary declared Selfie the 2013 word of the year and added the term to its lexicon. The runner-up was twerking. The fact that the word selfie has developed its own subcategories gives it the staying power that lexicographers look for when choosing a new word to add to the dictionary.

Selfies that involve multiple people are known as “ussies”. If you are photographing just your legs you have taken a “leggie”. The newest addition to the selfie craze is the Cellofie – wrapping your face with cellophane tape to create a distorted image; photographing yourself and sharing it. It’s a thing.

You can see how far a craze like this can go. 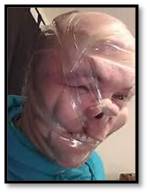 Selfies have become the catch phrase for digital self-portraits underwritten by the proliferation of cell phone cameras, photo-editing programs and social media sites. They feed our desire to create an image of the person we think we are and share it with the known world. It’s not just for the likes of you and me either. From the Pope to the President, from Oprah to Kim Kardashian’s bootie, the famous and the infamous have jumped into the selfie craze. Not to be outdone, animal selfies – especially cats – are a new favorite. How they manage this photographic feat without opposable digits is nothing short of miraculous.

For every good selfie there are fifty bad ones. Social media sites are littered with amateur, blurred, flash-blinded self-portraits taken in front of a bathroom mirror; reflecting the bad judgment and poor taste of the photographer. More than 31 million people have photos posted as #selfie. More than 30,990 million of them are bad. Is there such a thing as a good selfie? Of course, but they are an exception. The delete key is there for a reason.

The golden rule of television is to never work with animals or children. The golden rule of selfies should be nothing after the age of 12 and with parental supervision. I am also proposing a ban against Justin Bieber and any member of the Kardashian family taking a selfie. No exceptions.

Selfies have become the digital cultural phenomenon of the moment. They provide the opportunity to create an image of the person we want viewers to see. In an October 2013 New York Times piece titled “My Selfie, Myself,” Jenna Wortham reflects on the selfie trend, suggesting that these photos give a “human element” to text-based communications. It’s a text – why does it need one?

The sharing capabilities of smartphones, coupled with Facebook, Instagram, and Tumblr, allow us to record and post our lives in an impersonal platform. In a generation that is working, living and communicating in the cloud we have become accustomed to and perhaps more comfortable with online interactions. They have become an effective yet impersonal way of conveying feelings. A selfie adds emotional dimension to a now accepted way of communicating.

Everything Old is New Again 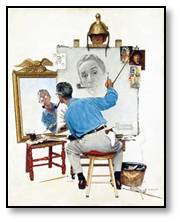 Selfies are not a new concept, just one that adapted to the digital age. Let’s give some credit to the ones who thought of it first. Vincent van Gogh created over 25 self-portraits and Normal Rockwell endeared himself to all of us by painting himself painting himself. How fortunate for the art world and for us that neither of these gentlemen felt compelled to create these portraits in their bathrooms. Today’s selfie takers seem to have forgotten what the bathroom is for and confuse it with a public place.

Robert Cornelius took what is believed to be the world’s first photographic selfie in October of 1839, standing in the yard behind his family’s lamp store in Philadelphia. The U.S. Library of Congress estimates he had to remain in this position between 3 and 15 minutes to obtain the exposure. He forgot to comb his hair.

A selfie celebrates real people (step back, Kim) but it does not capture reality. It does not reflect the mundane or the tedious in-between times that belong to all of us. Selfies are not representative of the everyday lives we live (sit down, Justin) but of moments in time. The 60-hour work weeks, rising unemployment, high cost of medical care and aging parents are not being immortalized. While they may be the biggest trend on social media today, selfies will eventually decline and be replaced by the new next best thing.

In the meantime statistics claim that by year 2016 over 80 percent of the U.S. population will use mobile phones and 90 percent of their actions will be related to texting and information sharing. Mobile devices have become broadcasting and streaming tools that have changed the reporting of world events as well as all aspects of our individual lives. 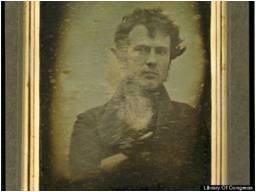 For those who can’t resist the urge to selfie-size (made up word) I offer this admonition. Not every picture tells a story and everything you share on social media reveals something about you that is open to interpretation.

Apart from an ussie of me and my Besties breaking the twelve-and-under rule in the duck-lips pose, I am squeaky clean.